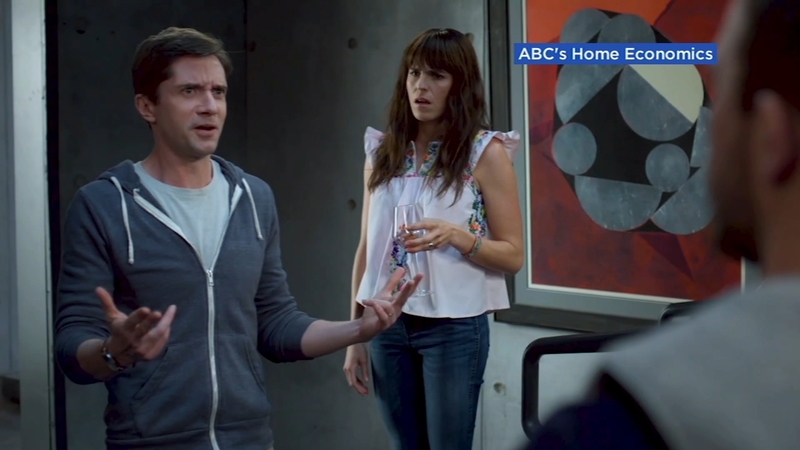 SAN FRANCISCO (KGO) -- In the video player above you can catch a sneak peek of the series "Home Economics," which premieres Wednesday at 8:30 p.m. on ABC7.

And here's something exciting, it takes place in San Francisco. It stars Topher Grace and Karla Souza.

Topher Grace is most recognizable for his lead role in "That 70's Show," and Karla Souza is known for the movie "Don't Blame the Kid."

ABC7 Anchor Reggie Aqui had the chance to talk with Topher and Karla on our Midday Live show.

Topher is also an executive producer on the show. He said he begged Karla to join the show by sending her flowers saying "will you be my wife?" from him and his actual wife.

Karla explained the awkward conversation that then ensued between her and her husband.

With comedy on and off the set, "Home Economics" is bound to be a funny family favorite.