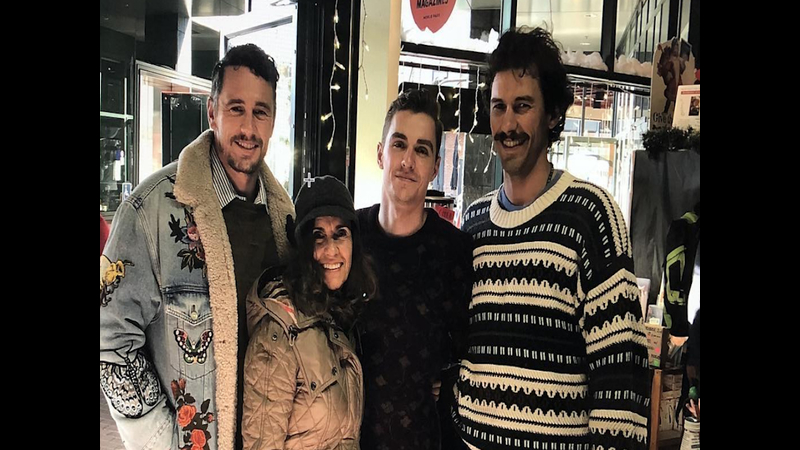 SAN JOSE, Calif. (KGO) -- Bay Area natives James Franco and brother Dave are bona fide Hollywood stars, but did you know the brothers come from a family of filmmakers? Right now their mom and brother are receiving high praise for a short film playing at San Jose's Cinequest Film Festival.

"The Fringe Class" tells the story of a girl named Thena and her life on the streets.

Betsy Franco, James' mom, wrote the screenplay and the book it was adapted from called "The Art of Love."

That book was inspired by poems written by girls in juvenile hall.

"A group of people that saw the last showing said that they were crying a lot. But that just means that they were moved. Everybody seems to really love it," Betsy said.

The Palo Alto resident is an accomplished author with more than 80 published titles and has written and produced several films prior to "The Fringe Class".

But many people still remember her best from her years on the ABC soap opera "General Hospital."

Her third son, Tom, is one of the producers of "The Fringe Class." Iris Torres was the other producer on the film.

For the Franco's, filmmaking is a family affair.

"If you're an artist, you need support. We got it in our family. It's the best of all possible scenarios. We support each other, work with each other, we respect each other and it's a lot of fun when we get together," Franco said.

The film is also a story with Bay Area ties.

"We filmed it in the Bay Area; that was great. It just feels special because a lot of filmmaking is going on in other places, but we're definitely rooted here," Franco said.

All three of her sons were born in Palo Alto.

"The Fringe Class", a Elysium Bandini studios film, has got nothing but great reviews from viewers according to Franco.

It hopes to have an encore performance this weekend in the film festival's final days.