'Love, Victor' cast talks season 2 of Hulu show, embracing who you are

Coming out was only the beginning. Victor is returning to Creekwood High with a new boyfriend and some new challenges.
OTRC 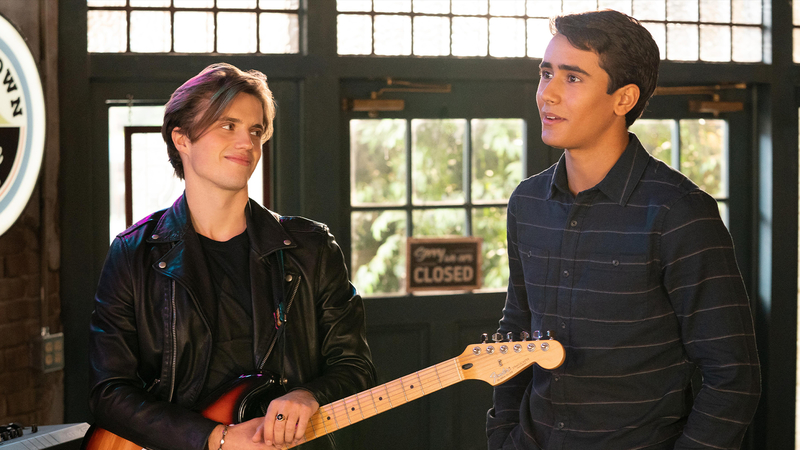 Hulu's hit teen romance series "Love, Victor" is heating things up with its second season, which picks up with Victor (Michael Cimino) and Benji (George Sear) in a steamy "summer bubble" of romance.

Victor is finally ready to embrace his identity, and show off his new boyfriend through the halls of Creekwood High, but his junior year is met with a handful of challenges. Victor's newly separated parents, Isabel (Ana Ortiz) and Armando (James Martinez), are still coming to terms with his sexuality.

"We are just scraping the surface. There are so many more LGBT stories to be told, but especially with this one I think that a lot of people relate to this because it's different," Cimino said.

The spinoff series contrasts its film predecessor "Love, Simon" in many ways. Not only must Victor face his heartbroken ex-girlfriend, Mia (Rachel Hilson), but he must also confront the challenges of being an openly gay star athlete.

"As long as we're having these conversations, I think slowly but surely people will have open minds when it comes to certain subjects," actress Bebe Wood (Lake) said, adding that audiences will see more mature content in season 2.

With several characters entering new relationships this season, audiences will be treated to many firsts: first time meeting the parents, first time saying 'I love you' and first sexual experiences. While high school comes with its challenges, the second season offers an uplifting message of embracing who you are.

"It has this overarching theme where it's about a young person just accepting who they are," Cimino said. "That definitely resonates with me, as well as him coming into that strength of being able to demand respect."

"It's insane to know that this show is honestly making such a big impact," Cimino continued. "It just means the world to me that people really do enjoy the show and it means a lot to them."