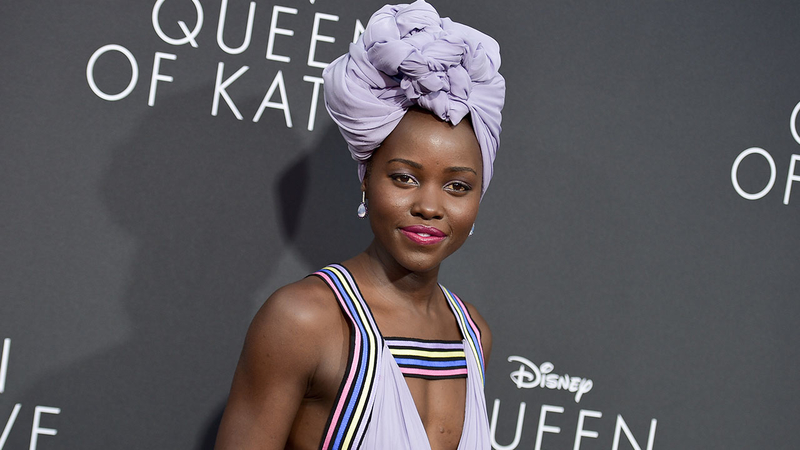 Lupita Nyong'o is breaking her silence about Harvey Weinstein years after he allegedly tried to coerce her to join him in a private room when the two were dining in public.

"He told me not to be so naive," Nyong'o recalled of her refusal to go. "If I wanted to be an actress, then I had to be willing to do this sort of thing."

In an essay for the New York Times more than 3,000 words long, Nyong'o recounts each of her encounters with Harvey Weinstein in vivid detail and explains why she didn't speak out.

"I was part of a growing community of women who were secretly dealing with harassment by Harvey Weinstein. But I also did not know that there was a world in which anybody would care about my experience with him. You see, I was entering into a community that Harvey Weinstein had been in, and even shaped, long before I got there. He was one of the first people I met in the industry, and he told me, 'This is the way it is.'"

The dinner encounter was just one of several alleged incidents that Nyong'o outlined. The Oscar-winning actress, who was still in college at Yale for many of these encounters, said at the time she did not know how pervasive the problem was.

"I have felt such a flare of rage that the experience I recount below was not a unique incident with me, but rather part of a sinister pattern of behavior," she wrote.

Soon after meeting Weinstein in 2011, he invited her to his house to watch a movie with his family. He pulled her from the viewing, she said, brought Nyong'o to his bedroom, and asked if he could give her a massage.

"I thought he was joking at first," she wrote. "He was not."

Though Nyong'o said she panicked a little, she said she offered to give him a massage so she could maintain physical control.

"I was entering into a business where the intimate is often professional and so the lines are blurred. I was in an educational program where I was giving massages to my classmates and colleagues every day," she wrote.

It only got more inappropriate from there, however, Nyong'o said.

"Before long he said he wanted to take off his pants. I told him not to do that and informed him that it would make me extremely uncomfortable. He got up anyway to do so and I headed for the door, saying that I was not at all comfortable with that."

After that, Nyong'o brought male friends the next time she met him. Knowing that Weinstein was powerful in the industry, Nyong'o continued to have a professional relationship with Weinstein until the dinner when he invited her upstairs. She did not see him again until 2013, and by then she had made a promise to herself that she kept: never to work for Harvey Weinstein.

Nyong'o concluded her essay with hope for the future.