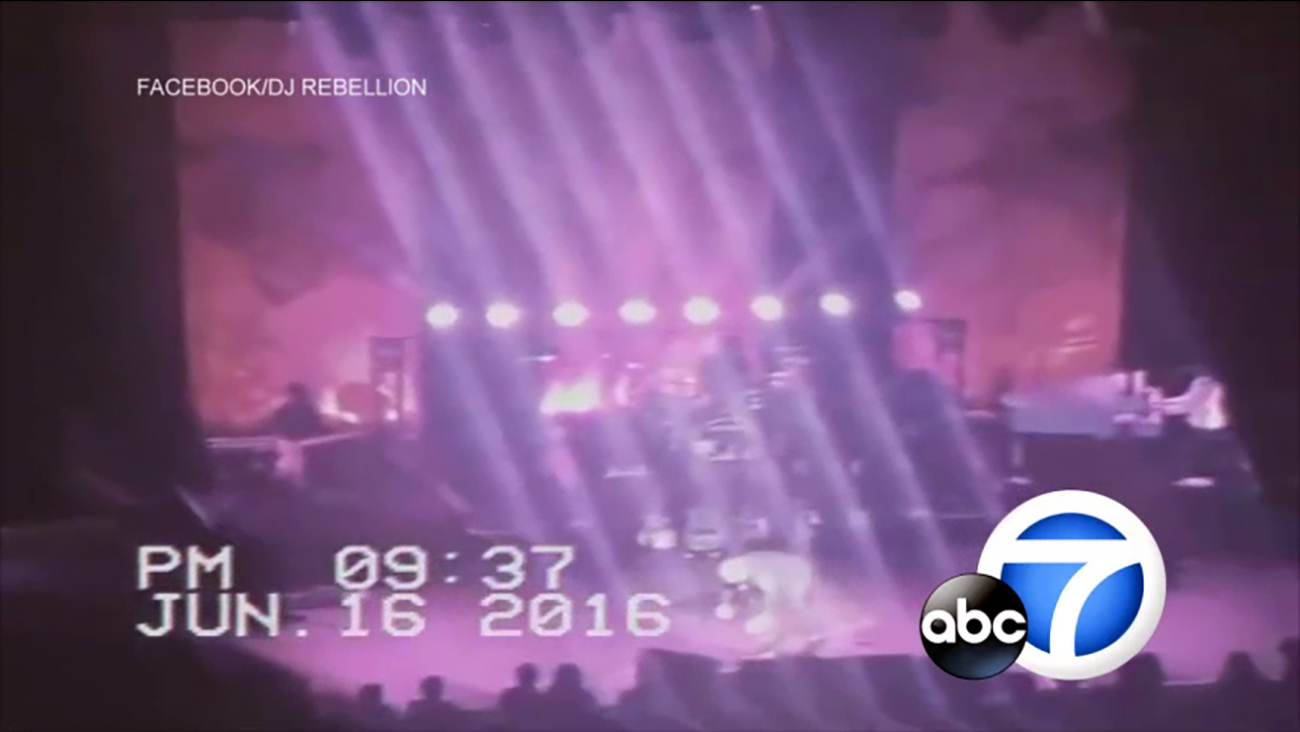 EDMONTON, Alberta -- Rock singer Meat Loaf collapsed on stage during a concert in Edmonton, Alberta, on Thursday night and was taken to a hospital.

A statement on the 68-year-old's Facebook profile later said he had suffered severe dehydration but is "is expecting a speedy and full recovery."

"His vital signs are stable and normal - additional tests are being performed but he is responsive and recovering well," the statement said.

Meat Loaf had canceled two other concerts in recent days - in Moose Jaw on Saturday and in Calgary on Tuesday - citing ill health.

A video of the performance at Edmonton's Jubilee Auditorium showed the singer dropping his microphone and falling to the floor amid a performance of his classic "I'd Do Anything for Love (But I Won't Do That)." Musicians went to his side to help, and the music eventually stopped.

Meat Loaf had appeared to be struggling earlier in the performance, McBryan, 33, said.

"It was him forgetting words, he wasn't on cue, but it was forgivable," he said. "We're all loving it and going crazy, and then it just took a turn for the worst."

Born Marvin Lee Aday, Meat Loaf made his name with theatrical stage productions and operatic songs, including "Paradise by the Dashboard Light," ''Two out of Three Ain't Bad" and "Bat out of Hell."

He won a Grammy Award for "I'd Do Anything for Love (But I Won't Do That)." He also appeared in the films "The Rocky Horror Picture Show" and "Fight Club."

He has collapsed on stage before. In 2011, medics rushed to his aid during a concert in Pittsburgh but he got up and finished the show. In 2003, he collapsed at Wembley Arena in London and was admitted to a hospital.

The singer said he suffers from asthma and from a medical condition that causes an irregular heartbeat.