Crews are hard at work Thursday transforming the park into a concert venue.

Promoters have had seven previous years of experience with this three-day festival but when you put on a concert for 210,000 people in three days, there will be inherent complications.

For those who have experienced it, they already know what to expect in Golden Gate Park at this time Friday.

When asked what the most important thing to pack for the weekend, music fan Crystal Dougherty answered, "A sweatshirt."

That's a good idea as we look at the last quiet hours before 70,000 people per day pack in for the show.

This will be year eight of the largest independent music festival in the country, a city within the city with all the inherent complications. 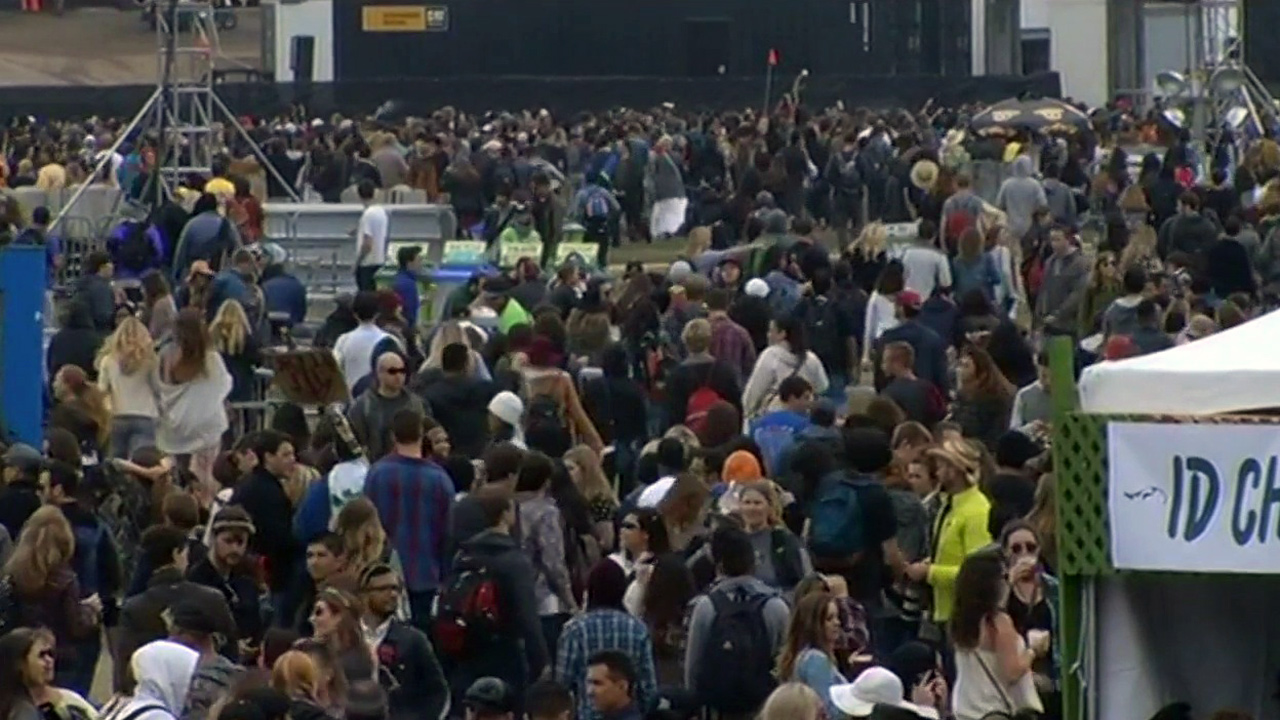 "A lot of neighbors left just because they don't want to be dealing with people," a resident in the area said.

There will be lots of people in neighborhoods with some others that taint the rest -- a reputation that promoters have worked hard to change.

"It is the opposite of a nimby situation," Another Planet Entertainment CEO Greg Perloff said.

This year, promoters say they're managing sound more than ever and transportation as well.

One change is a partnership with the rideshare Lyft, which held its own promotion Thursday.

They have outfitted special cars in music themes and intends to cap fares at two times peak, which might sound pricey but isn't in Lyft's opinion.

"We want to make sure that you have a ride there when you want it, when you need it and it's a reasonable price," Lyft spokesperson Cherie Yu said.

Promoters claim the concert enriches the local economy by $85 million and generates 7,000 jobs during the two weeks of setting up and taking down.

Among them is Fresno resident Samantha Gonzales, who came here to sell t-shirts. "It's fun. We're getting paid to work at a fun concert, so it's a fun job," she said.

Nothing beats an inside pass, she says, to Outside Lands. 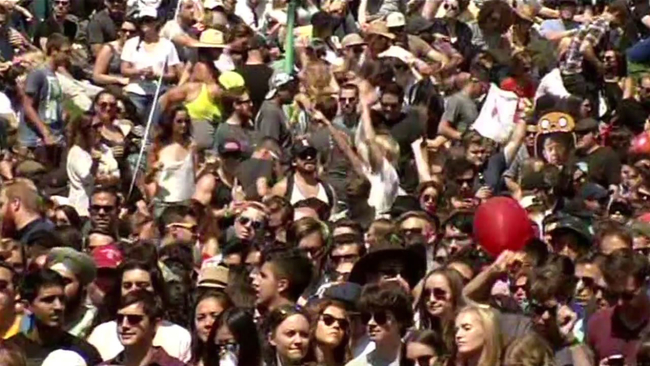 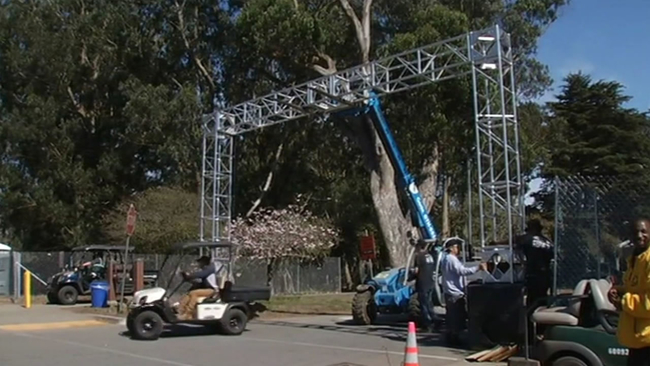 Crews set up for San Francisco's Outside Lands Music Festival