"We knew this would excite everyone's interest because it's about food and it's about wine."
KGO
By Kumasi Aaron and Tim Didion 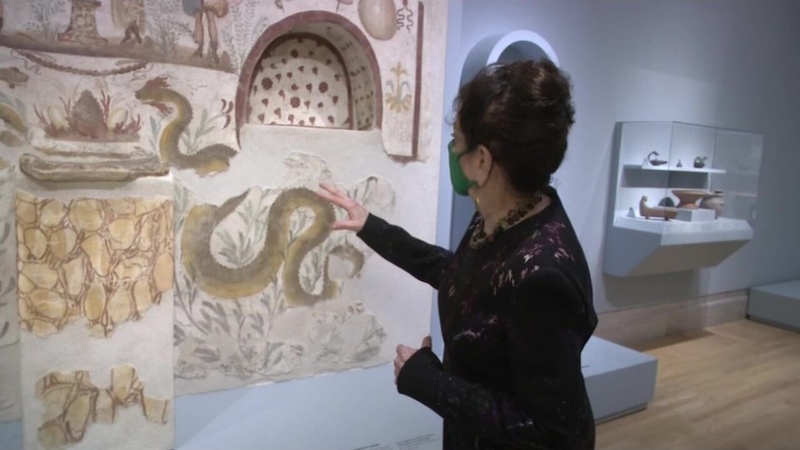 SAN FRANCISCO (KGO) -- A new exhibit in San Francisco is offering visitors the chance to gaze into everyday life centuries ago. And in a strange way, the exhibit from the doomed city of Pompeii just may offer the Bay Area a chance to look in the mirror as well.

At first glance, "The Last Supper in Pompeii" might seem a world away. But scratch the exhibit's surface, and you'll find some striking similarities to what some might consider, the Bay Area's good life. All unearthed from the ashes of a massive volcanic eruption that stopped the party in it's tracks.

"We knew this would excite everyone's interest because it's about food and it's about wine," says Renee Dreyfus, curator of ancient art at San Francisco's Legion of Honor museum.

She says the first thing many visitors may notice is the amazing parallels between this Roman city, and the Bay Area's wine country. Brown-green hills, weathered stone buildings, and nearly identically planted vineyards.

And what's great wine without great food? Stone oven specialties, dished out with metal cookware that could be hanging in restaurant kitchens from Sonoma to San Francisco. Vivid frescoes depict the late night partying that went along with it all. Including some we can't show you, that could have been rated Roman numeral X. Ah, but with the wild times came the wildly unexpected. So fast it buried some people in their homes and this loaf of ancient bread right in the oven.

"So their day began like an ordinary bustling day in Pompeii. People had no idea, they were taken unaware there was going to be the eruption."

It was actually ash and rock, not lava that buried the city. A disaster far greater but maybe not so different from the fires that rampage through the wine country today, or the earthquakes that have devastated San Francisco. And just maybe an early lesson about how fragile the good life can be.

The Pompeii exhibit runs through August, and currently, ticket reservations are required.