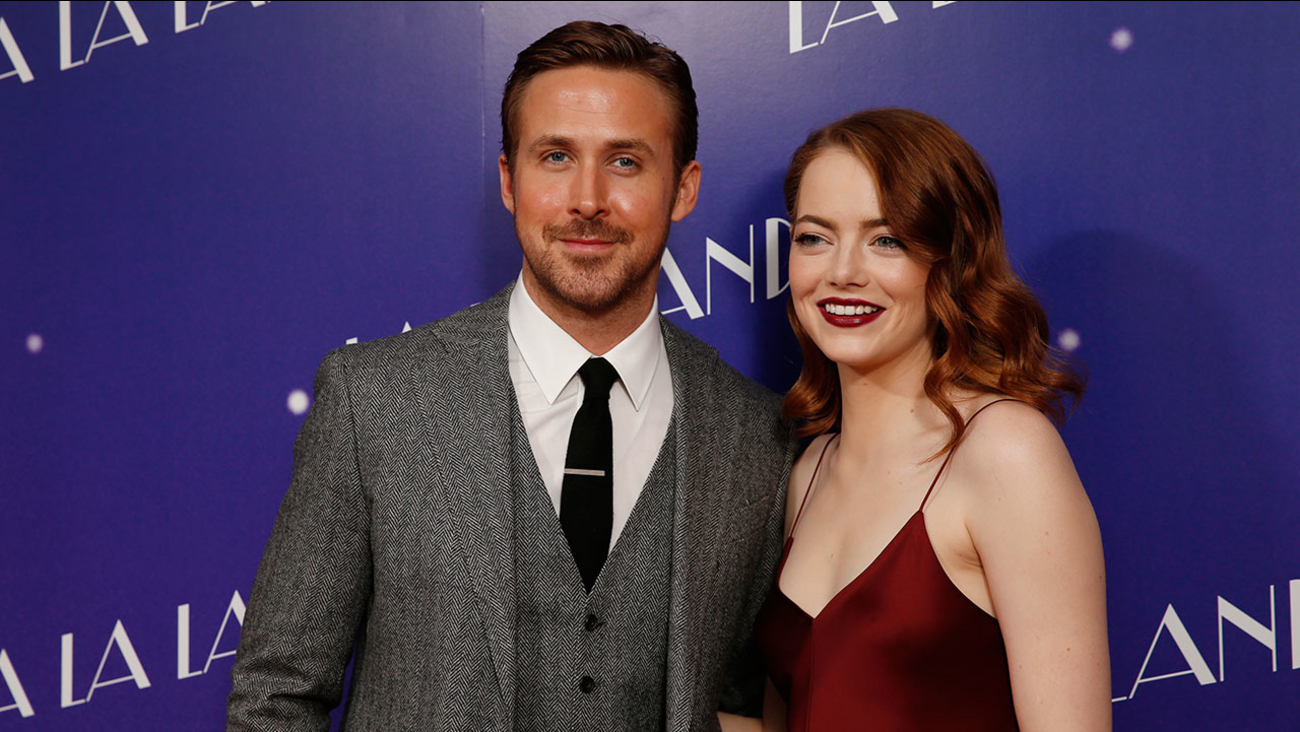 HOLLYWOOD, Calif. -- The candy-colored love letter to musicals "La La Land" has landed a record-tying 14 Academy Awards nominations, matching it with "Titanic" and "All About Eve" for most nominations ever.

The biggest surprise of the morning was the strong boost of support for Mel Gibson, who had long been shunned in Hollywood. Not only did his World War II drama "Hacksaw Ridge" land a best picture nod, but Gibson scored an unexpected best director nomination.

Whether fairly or not, the nominations were seen as a test for the revamped film academy. It will be the first Oscars voted on since academy president Cheryl Boone Isaacs ushered in new membership rules and added 683 new members as a way to diversify a predominantly white, male and elderly group, which now numbers 6,687.

The Oscars also rejiggered its nominations format. Instead of announcing nominees live in Los Angeles, pre-produced videos of previous winners introduced each category on Tuesday morning.

Though "La La Land" and other best-picture nominees such as "Arrival" and (less certainly) "Hidden Figures" are knocking on the door of $100 million at the North American box office, none of the best picture nominees has yet grossed more than $100 million.

After an unlikely awards season run, the smart-aleck superhero "Deadpool" ($363.1 million) didn't managed to crash the party, making this year's best picture nominees one of the lowest grossing bunch ever.

The regular business of today's corporate-driven Hollywood is increasingly set apart from the industry's awards season, where smaller, critically adored films like "12 Years a Slave," ''Birdman," ''Boyhood" and "Spotlight" have recently dominated. Only one major studio - Paramount, which distributed "Arrival" and "Fences" scored a best picture nomination.

Amazon, however, landed its first best picture nomination for Kenneth Lonergan's "Manchester by the Sea," which the streaming retailer partnered with Roadside Attractions to distribute.

The dearth of blockbusters will pose a test for host Jimmy Kimmel, who'll be presiding over the Feb. 26 Oscarcast for the first time. While the Academy Awards are still among the most-watched TV programs of the year, ratings have been in decline the last two years. Last year's broadcast, hosted by Chris Rock, drew 34.4 million viewers, an eight-year-low.

Rock's show, which he introduced as "the White People's Choice Awards," was rife with Hollywood's diversity debate. This year's - where politics may take over the spotlight - will surely be seen as an improvement. But many have always held that the industry's inclusivity problems are rooted not in its award shows but in its power brokers: executives, agents and producers.