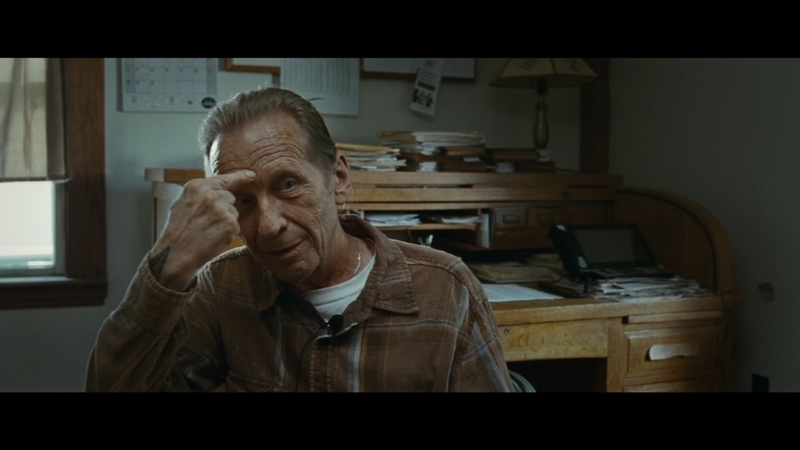 CHICAGO -- Chicago native Paul Raci is nominated for an Academy Award for Best Supporting Actor for his role in "Sound of Metal."

Raci plays Joe, a Vietnam veteran who lost his hearing in the war. Now he runs a sober house for deaf people who are struggling with addiction.

Raci is intimately familiar with his character Joe, having lived through some similar experiences himself.

Paul Raci reflected on finding success later in life, and how growing up with deaf parents primed him for the role of Joe in "Sound of Metal."

"When I got back from Vietnam, I came back with some nasty habits and I've been through a lot with several addictions," he said. "I wrestled those devils and ended up working as a sign language interpreter for deaf addicts. The deaf community in Chicago that raised me, they taught me what unconditional love is."

Raci's parents were both deaf, and signing was his first language.

"I realized later in life what a great man my father was. He was a blue collar worker, a blue collar guy that got up every day, put the Chicago Tribune under his arm and went to that menial job and marched back home to be a father," he said. "Life is beautiful, man, it really is."

Now 73, when Raci was younger sign language gave him a skill to pay the bills.

"I'm a sign language interpreter in the court system here in Los Angeles," he explained. "I've been doing that for 35 years, that's how I paid for my house."

He said he still feels deeply rooted in his hometown.

"It's a heartbreaking thing to leave Chicago, you never forget it," he said. "Nothing rivals what I saw and was instilled with in Chicago."

The rousing Chicago theater scene captivated Raci, but a professor at UIC had a warning for him about pursuing a career as an actor.

"He said, 'I hate to tell you this, but I don't think you're going to have any success until you're much older, 40 years old.' Nobody wants to hear that," Raci recalled. "When I moved out here, I was already 40 years old, so let me tell you, nobody's looking for a brand new 40 year old out in Hollywood! You know, Chicago is and always will be a theater town. When I came to Los Angeles, I was like, 'Oh my god, you guys call this theater?!'"

"Sound of Metal" star Paul Raci's sister explains how proud her family is that he made his dreams of performing come true.

And there's quite a bit of Chicago in the character of Joe.

"That accent Joe has is my accent, and I'm a Chicago boy, I grew up in Humboldt Park. You listen to my brothers, they talk like Mayor Daley," Raci said. "When the nomination happened, my brothers and sister got together, they sent me some Lou Malnati!"

His wife has also been integral to his whole journey to his Oscar nomination.

"She's the one who made the phone call to the casting director, to take a look at my tape which was on the bottom of the pile there, because they were inundated with tapes, everybody and his uncle wanted to play this role," Raci said. "Thank God for those people who believed in me when nobody else out here did. Now they're calling me, my phone's ringing off the hook, I'm turning stuff down. This is the big carrot, and I'm grateful!"

Raci is a Chicago White Sox fan, and called the team's original stadium, Comisky Park, his "church" and "sanctuary." He grew up wanting to play baseball.

"I wanted to be an infielder, my first glove was a Nellie Fox Wilson glove," he said. "The people of Chicago know who I am, they know what I've been through. I never thought I'd be a star, I never wanted to be a star. I wanted to do some authentic, true acting."

When she heard about his nomination, Paul's siter Laurel Myers said, "I was unintelligibly screaming and crying and laughing all at the same time, It was wonderful."

Laurel Myers is Paul's kid sister and he's got two younger brothers. Their parents were deaf and all the siblings are certified sign language interpreters.

"What a gift this was and how much I love this deaf community and my deaf heritage," Myers said.

Raci has a Black Sabbath tribute band in LA called "Hands of Doom."
He and his brother Al had their own group as kids.

"My mom let them come and play in the living room, they pushed all the furniture because the sound didn't bother anybody," Myers said.

Myers said she "wept with tears of pride" after seeing the movie and when asked about what their parents would think about it, she said, "His success, they wanted that so bad for him. My mother went to any place she could and when we could get interpreters, we would, but it didn't matter to her if there was an interpreter or not, she wanted to watch Paul.

"The fact that it highlights deaf culture and sign language would put them over the moon with pride."