Disney's 'Raya and the Last Dragon' to premiere in theaters, on Disney+ Premier Access simultaneously 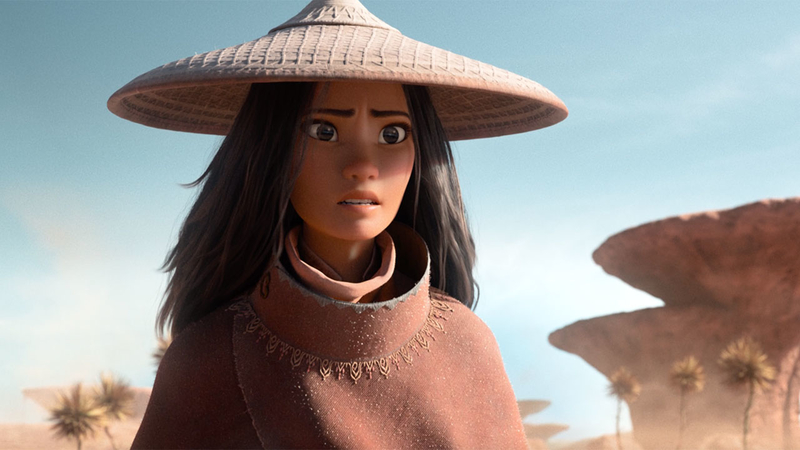 Watch the new trailer for 'Raya and the Last Dragon'

LOS ANGELES -- Disney's upcoming film "Raya and the Last Dragon" will premiere simultaneously in theaters and on Disney+ with Premier Access on March 5, the studio announced Thursday.

Premier Access allows subscribers, for an additional $29.99 fee, to see a film before it is made available to all Disney+ subscribers.

Welcome to the Kingdom of Kumandra. Raya and the Last Dragon is coming to theaters and on #DisneyPlus with Premier Access on March 5, 2021. #DisneyRaya pic.twitter.com/tF94qRTo0E

The studio's live-action adaptation of "Mulan," originally slated for a March 2020 theatrical release, skipped theaters and premiered on Disney+ Premier Access in September for the same $29.99 fee.

"We see this as an opportunity to bring this incredible film to a broad audience currently unable to go to movie theaters, while also further enhancing the value and attractiveness of a Disney+ subscription with this great content," Disney CEO Bob Chapek said of the Premier Access release model when it was first announced for "Mulan" on an early August call with investors.

The studio is sending Pixar's "Soul," which was also originally planned as a theatrical release, directly to Disney+ without an additional fee later this month. Thursday's announcement followed a similar move by Warner Brothers last week for its 2021 film slate.

"Raya and the Last Dragon" was originally scheduled for a Nov. 25, 2020, theatrical release. Inspired by the cultures of Southeast Asia, the film follows a lone warrior tracking down the last dragon in order to stop sinister monsters from threatening the fantasy world of Kumandra.

"Along her journey, she'll learn that it'll take more than dragon magic to save the world -- it's going to take trust as well," the film's description teases.

"Raya" features the voices of Kelly Marie Tran as Raya and Awkwafina as Sisu. It's directed by Don Hall and Carlos López Estrada, with co-directors Paul Briggs and John Ripa and producers Osnat Shurer and Peter Del Vecho.