KGO
By by Carlos Saucedo
OAKLAND, Calif. (KGO) -- A movie based and filmed in Oakland hit theaters this weekend to rave reviews. "Sorry to Bother You" is the latest movie to shine a light on the city.

The film tells the story of a telemarketer trying to survive in an "alternate present day" version of Oakland.

RELATED: Why 'Black Panther' means so much to African-Americans and the superhero universe

"The inspiration was to make a movie where you can't guess what's going on," Riley said at the film's premiere.

Residents of Oakland have embraced the movie with much pride.

"This director being from Oakland and showing us that we can make it," said Oakland resident Devine Garrett. "My son right here, I want to show him that he can get out of this negative environment."

Show times at select theaters in the Bay Area are selling out.

The movie is just the latest to showcase Oakland on the big screen.

"It puts Oakland on the map," said Naya Ross of San Francisco, who saw the film on Sunday. "I think it's very relatable to people across the country."

Marvel's "Black Panther" released earlier this year was partly based in Oakland and was a blockbuster success.

"Blindspotting" is another film set to open later this month. It tells the story about the intersection of class and race in a gentrifying Oakland.

"It does highlight a city that often is painted in a broad swath as a dangerous city in America when it's actually one of its jewels," said Lonny Brooks, a communications professor at Cal State East Bay.

Brooks says these films are helping tell the real stories of those who live and work in Oakland - be it both the good and the bad.

"I'd like to see a positive narrative about Oakland that sees us 10 years or 20 years in the future that is positive in a way that's still challenging but real enough to say, hey we've made some progress," said Brooks.

"Sorry to Bother You" opens nationwide on Friday July 13.

Live-action 'Mulan' will be released on Disney+ for a fee 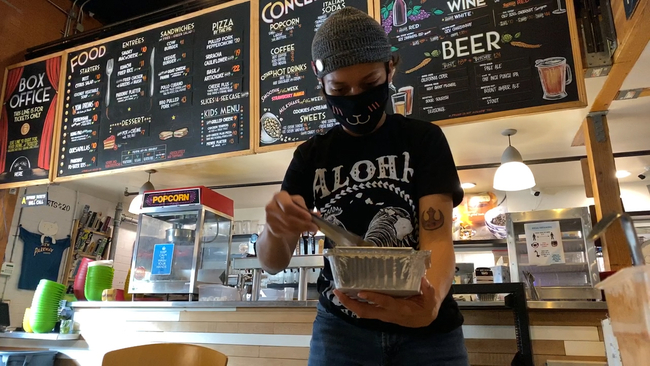