KGO
By Reggie Aqui
"What have I gotten myself into?"

Even though she stars on the hit show 'Blackish' on ABC. Even though she's been around the spotlight since she was a baby. Even though she's already hosted the American Music Awards once before-- Tracee Ellis Ross is nervous as she gets ready to host the awards show for the second year in a row.

"Oh, absolutely, I've been thinking it for a couple of weeks," she told ABC7 Mornings anchor Reggie Aqui.

Thank goodness she has some good advice to lean on from mom (who, by the way, and no big deal or anything, is Miss Diana Ross).

"I was told young by my mom when I was in high school, when I got nervous at a talent show. I was singing. And she said, 'Nervousness is just excitement with a different label.' So, I will get very excited right before that curtain goes up."

There is a lot to get excited about for the 2018 American Music Awards. The show will start with Taylor Swift who hasn't performed on an awards show stage in three years. Jennifer Lopez will be debuting a song from her upcoming movie. Cardi B performs as does Post Malone. And then, there are the "Carries." Carrie Underwood and Mariah Carey.

"Mariah has not been back to the AMA stage since 2008," Ross said. "And we all know a Mariah Carey performance leaves us at the edge of our seats, so I am looking forward to that."

Ross is also looking forward to the fashion. She, as her 5 million Instagram followers already know, loves the runway.

"I feel like it's the best front row seat to a great party," Ross said. "I'm hosting it, I have a captive audience, I get to change my clothes a hundred times and I get to see the greatest performances ever. It's like I get to be the belle of the ball for three hours and it's great." 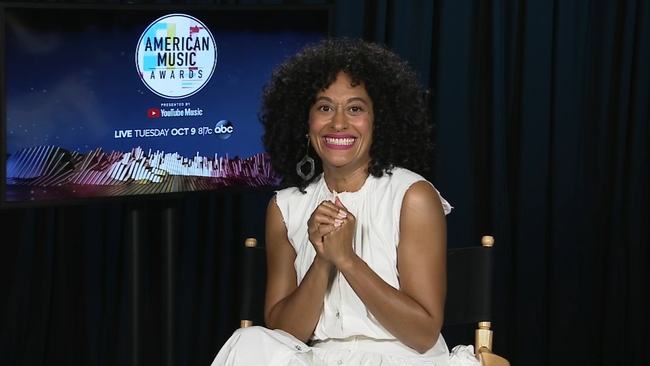