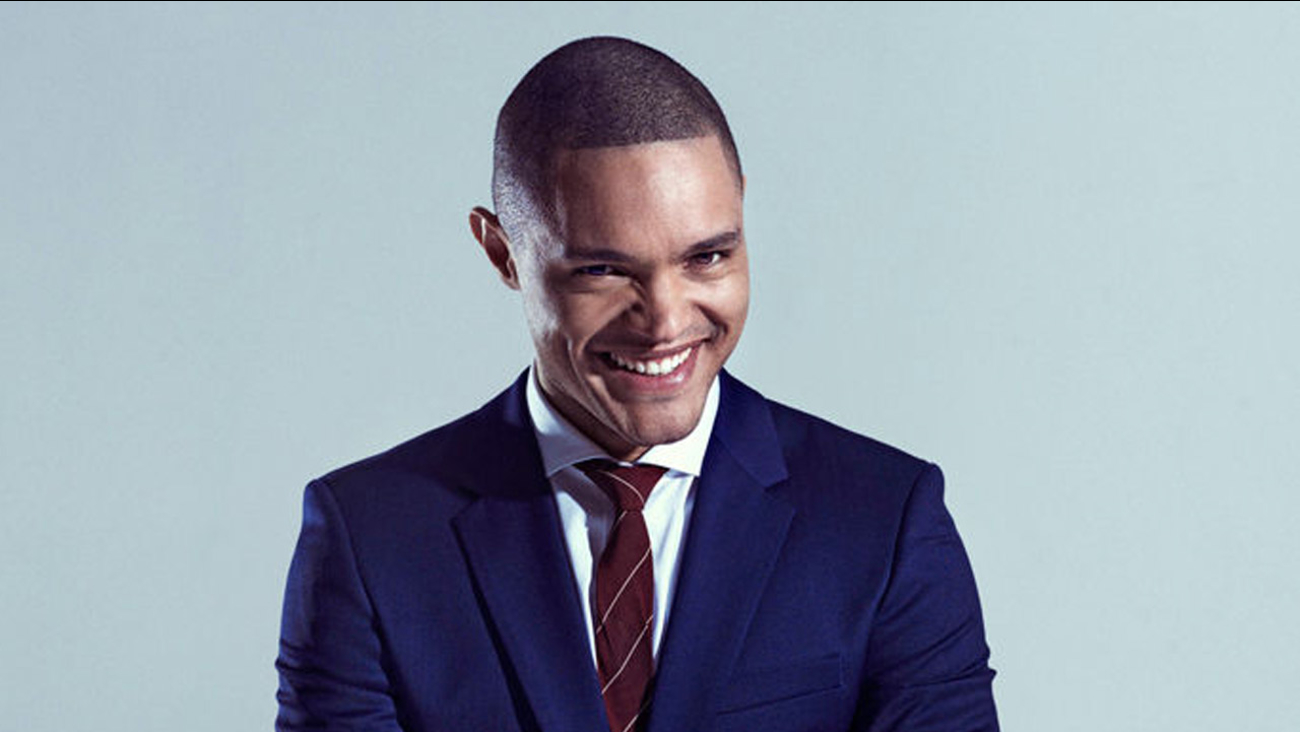 NEW YORK -- Trevor Noah, a 31-year-old comedian from South Africa who has contributed to "The Daily Show" a handful of times during the past year, will become Jon Stewart's replacement as host, Comedy Central announced Monday.

Noah was chosen a little more than a month after Stewart unexpectedly announced he was leaving "The Daily Show" following 16 years as the show's principal voice.

The New Jersey-born Stewart is being replaced by the son of a black South African mother and white European father. Noah has an international presence, and hosted a late-night talk show in South Africa, "Tonight with Trevor Noah."

He will join Larry Wilmore, a writer-comedian who replaced Stephen Colbert in January in the half-hour slot following "The Daily Show." When Noah takes over, Comedy Central will have completely remade the one-hour comedy block that gave the network critical acclaim and, arguably, its identity.

His selection means late-night TV continues to be a male-dominated domain. Tina Fey and Amy Poehler were among the comics cited in public polls as favorites for the new role, but there's no indication they were interested or considered.

Stewart has been a part of the cultural landscape with a bitingly comic look at the news and how it is covered in the media. He has not set a date for his exit from "The Daily Show" and, as a result, Comedy Central said nothing on Monday about when Noah would take over.

Stewart offered his endorsement on Monday.

"I'm thrilled for the show and for Trevor," he said. "He's a tremendous comic and talent that we've loved working with ... In fact, I may rejoin as a correspondent just to be part of it."

In South Africa, the announcement made breaking news on a national television news station. On social media, Noah's name became a trending topic within minutes, with some Twitter users saying he not only represented South Africa, but the African continent.

"Out of a lot of guys I know in comedy, he probably works the hardest," said Gola, adding that Noah had spent years honing his stand-up routine.

Noah used his biracial identity to challenge South Africa's race issues, using personal anecdotes from his own life. Growing up biracial in the formerly segregated township of Soweto, Noah once said his birth was a crime.

Noah, who has appeared on Jay Leno and David Letterman, was the subject of a documentary film by David Paul Meyer, "You Laugh But It's True," which followed his career in post-apartheid South Africa.

"Trevor Noah is an enormous talent," said Michele Ganeless, Comedy Central president. "He has an insightful and unique point of view and, most importantly, is wickedly funny. For the next host of 'The Daily Show,' we set out to find a fresh voice who can speak to our audience with a keen take on the events of the day, and we found that in Trevor."