LAKE ISABELLA, Calif. -- Authorities may have found human remains Saturday within a voracious wildfire in central California that has claimed two lives and burned 150 homes.

The tally rose from 80 homes as firefighters began going through neighborhoods to count houses and mobile homes incinerated by the blaze. 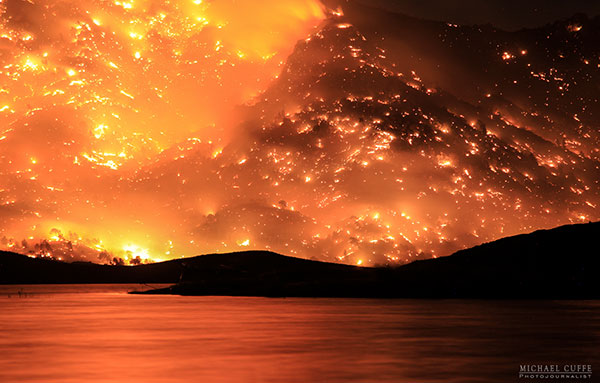 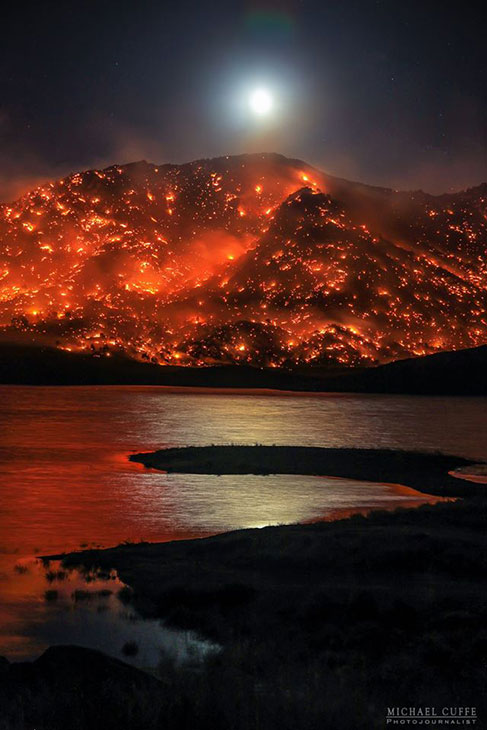 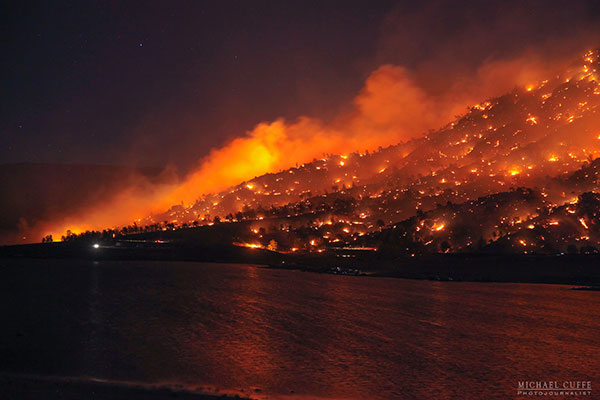 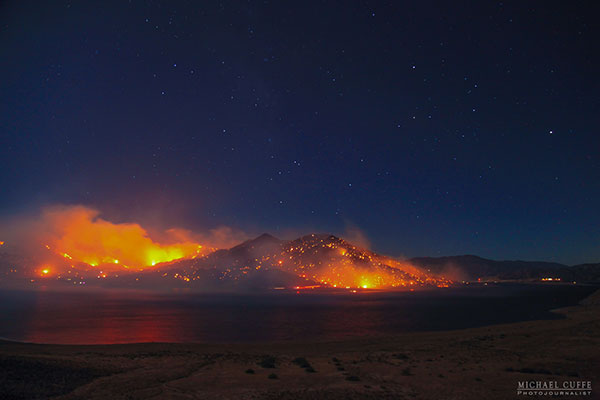 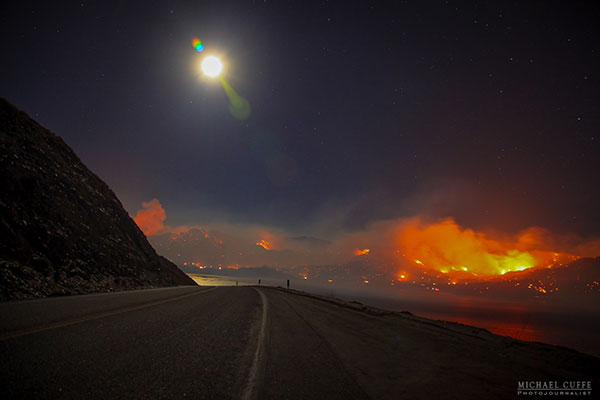 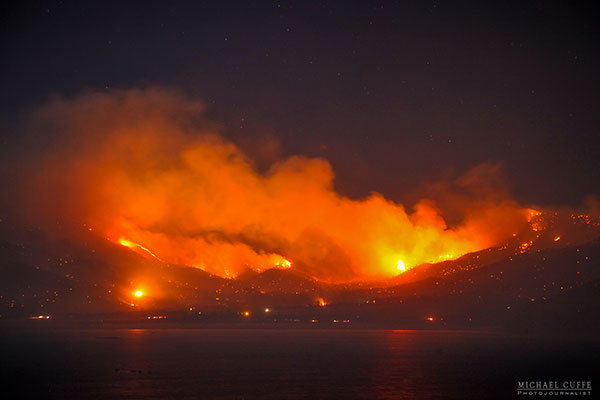 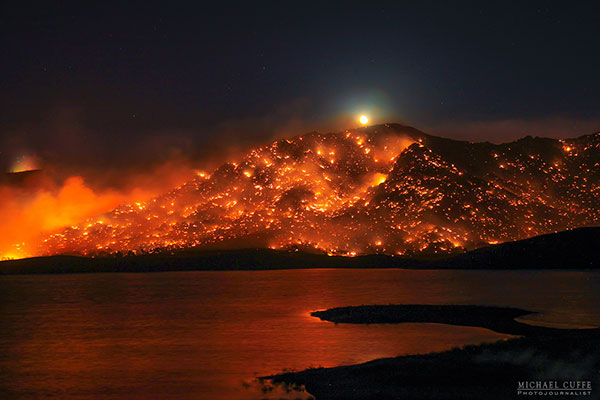 In one mobile home, they found what appears to be a set of human remains, but because they were so badly burned forensic investigators will have to determine whether they belonged to a person or animal, Kern County Sheriff's spokesman Ray Pruitt said.

Entire blocks were reduced to rubble, and at least 2,500 homes remained threatened.

The winds that drove the drove the fire through small southern Sierra Nevada communities calmed by late afternoon, helping firefighters gain access to the fire line. However, hot weather and low humidity remained a worry.

"That's something we have to keep an eye on. It could spark another disaster," Kern County fire Engineer Anthony Romero said.

About 1,140 firefighters battled the flames.

Gov. Jerry Brown declared a state of emergency, freeing up money and resources to fight the fire and to clean up in the aftermath. The Federal Emergency Management Agency also authorized the use of funds for firefighting efforts, fire officials said

Since it began Thursday, the fire has swept through 35,711 acres - nearly 56 square miles - of parched brush and timber. It moved so quickly that some residents barely had time to escape - and two didn't.

An elderly couple apparently was overcome by smoke as they tried to flee, county Sheriff Donny Youngblood said. Their bodies were found Friday, but their names haven't been released.

Allen Montgomery, 40, who lives across the street from the couple, said he didn't know their names but understood that the woman was bedridden. He said the house disappeared in the smoke when he fled his home on Thursday.

"There was so much smoke you could barely see it," he said.

When he came back Friday, Montgomery said he saw the man's body about 20 feet from the house.

Everett Evans, 45, fled Thursday as the fire came down a mountain with a roar toward his South Lake mobile home. "When you hear a freight train, it's time to leave. You could hear it, you could see it, you could smell it," he said.

Evans said he knocked on doors to get neighbors to leave. Evans and his father, his son and his son's girlfriend were in the convoy.

But he has nothing left to come back to. Virtually no homes survived in his neighborhood. A reporter visiting on Saturday found only a burned flag blowing in the wind on a flagpole above the rubble of Evans' home.

Evans hadn't been allowed back to the home, but he said he lost mementos and photos from his former marriage and years in the Marine Corps.

"That's all memories. You get to keep your life, but you lose your memories," he said.

At an evacuation center, she slept on a cot outdoors next to his kennel.

McFarland said she didn't know whether her home survived, but she was philosophical.

"It doesn't matter if I've lost everything," she said Saturday. "I've got my little dog, my kids and my grandkids. I've seen other people in worse shape."

The fire tore through small communities of houses and mobile homes that surround the lake - actually a reservoir - and the Kern River, a popular spot for fishing and whitewater rafting. The communities are nestled in foothills of the Sierra Nevada, a mountain range that runs hundreds of miles north and south through eastern California.

Scorching heat and tinder-dry conditions across the West have contributed to massive wildfires in the past week that have destroyed properties and sent residents to seek shelter and hope for the best.

Jim Terry and his neighbor took a chance and used garden hoses to keep their rooftops and trees damp as flames raced toward them.

He gave up when thick, black smoke rolled toward him, Terry said.

"I never quit in my life but it was time to throw in the towel," he said Saturday when he returned to check on his house.

The gamble paid off. Three houses on his side of the street, including his, were saved.

A neighbor's house across the street was reduced to a pile of smoldering rubble. 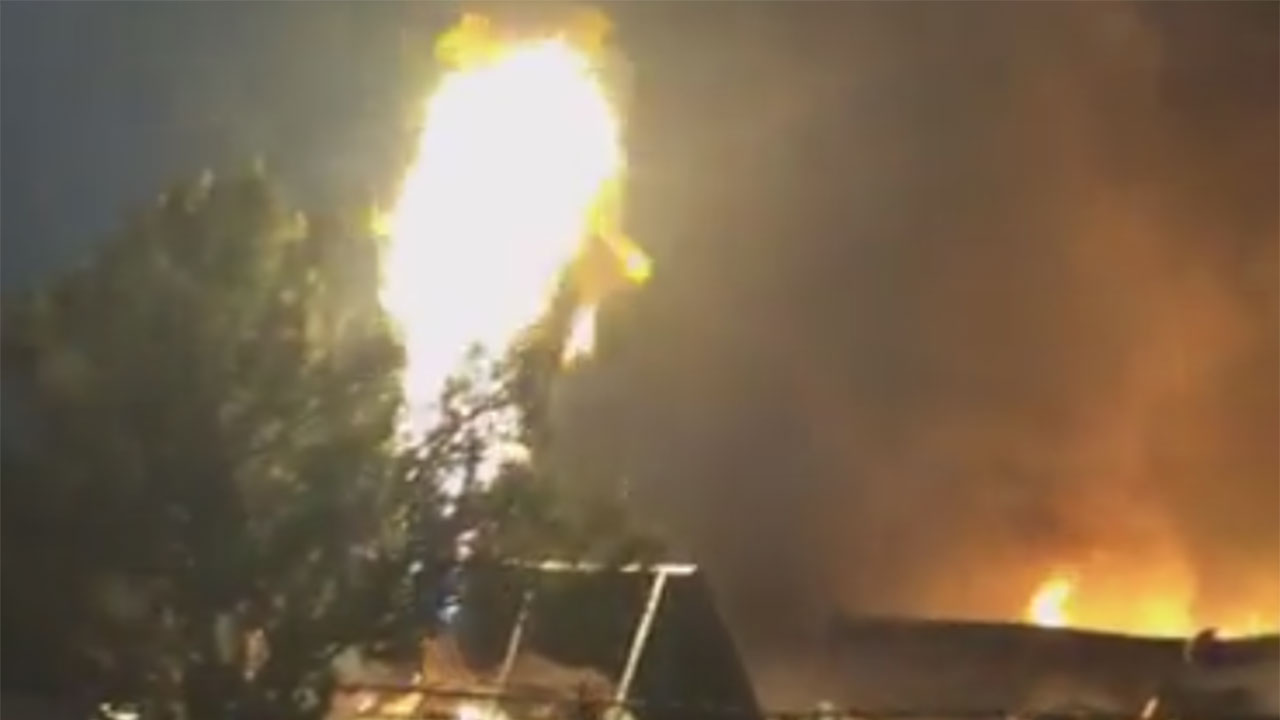 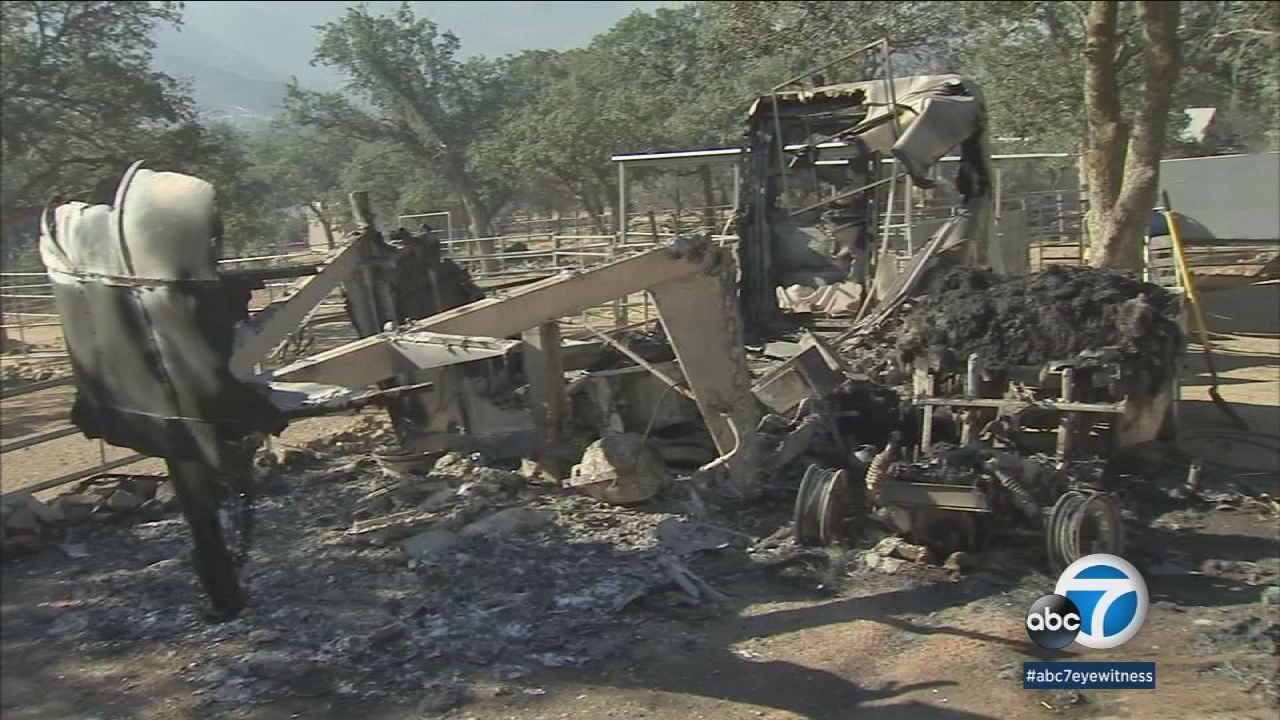