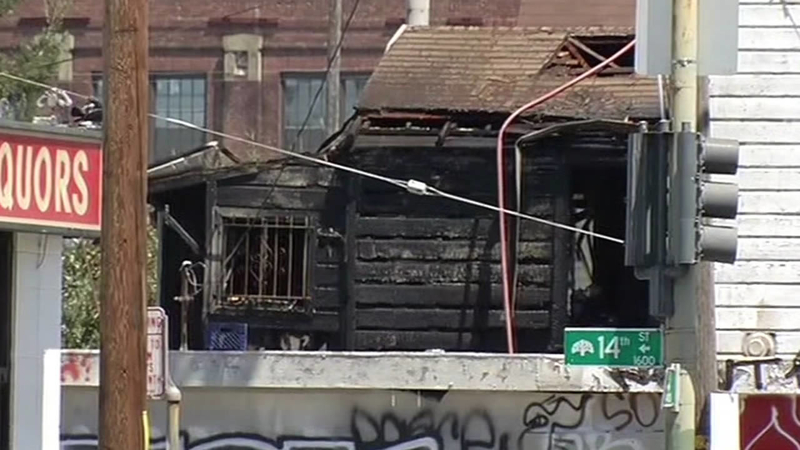 OAKLAND, Calif. -- Two Alameda County Sheriff's deputies are recovering after they were hit by an explosion while serving an eviction notice in West Oakland. There was also a body found inside the apartment, but it's not clear yet if it was that of the tenant.

Body found near doorway of W. Oakland home that exploded in fire during eviction. Not clear yet if intentionally set. pic.twitter.com/vcCXi2QdKI

It was a standard eviction procedure and the tenant had been given that they were coming. Two deputies and a locksmith began drilling the lock on the rear apartment of a building when the house at 14th and Peralta suddenly exploded in flames.

"I heard like a little explosion and I thought it was a bomb or whatever, then we saw the smoke coming out," said witness Miguel Flores.

Neighbor Stacy Hogg added, "It went boom and then all of a sudden you saw police officers running from the house."

Another neighbor said, "I was woken up by an explosion I ran out of the house cause there was a fire."

"As they were making entry, through the lock there was an explosion in the home that sent both deputies to the hospital with minor injuries," said Sgt. J.D. Nelson. "

Janice Forrest lives in the upstairs unit. Two of her sons also live in the front part of the triplex and operate a music studio there.

Once the flames died down, investigators found a badly burned body just inside the doorway.

"We do believe, even more so now, that it was a natural gas incident," Nelson said. "The question is whether it was disconnected to commit suicide prior to our deputies being there or if it was disconnected and left on and then ignited knowing the deputies were there."