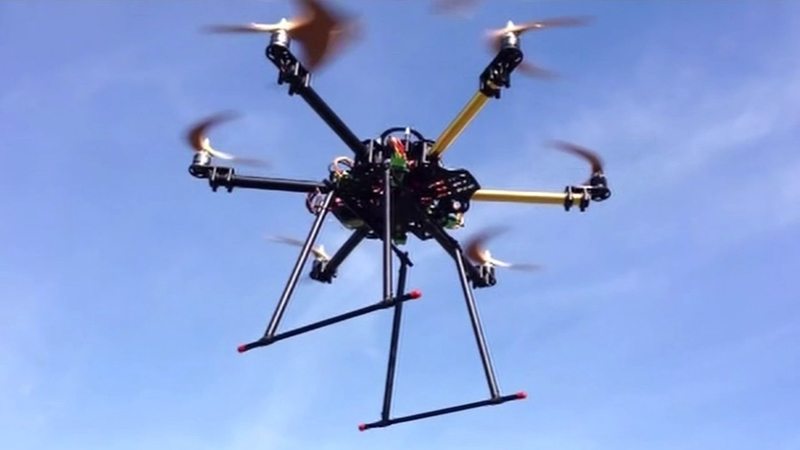 SAN FRANCISCO (KGO) -- Spurred by numerous reports of drones flying near jets and airports, the federal government has decided to require that the aircraft be registered in order to make it easier to identify their owners and educate amateur aviators.

The move, announced Monday by the Federal Aviation Administration, comes at a time when the agency is receiving more than 100 reports per month about drones flying near manned aircraft. The FAA prohibits drones and model airplanes from flying higher than 400 feet or within 5 miles of an airport.

Officials said the maximum penalty for anyone operating a drone with out registration is up to $250,000 and prison time.

Tyler Wilde was at Santa Clara's Drones Plus for repairs and learned he will soon have to register his drone with the Federal Aviation Administration. "It seems like a simple process, but it definitely seems a little more than necessary," he said.

However, Drones Plus manager Armin Monajemi said the new rules set the foundation for regulating the industry and that's a good thing. "All we want is to share the airspace fair and square with other flying aircraft," he said.

Monajemi is also a pilot and points to a close call earlier this month involving a California Highway Patrol helicopter and drone in Martinez.

All drones weighing more than 250 grams must register and the operator has to have proof of registration at all times.

Drones have become increasingly popular with hobbyists. The FAA estimates that 1.6 million small unmanned aircraft will be sold this year, with half during the last three months of the year. The agency said the registration requirement would let authorities track down unmanned aircraft owners if they violate the rules. But it also gives the agency a vehicle to educate owners just as thousands get drones as presents for Christmas and other holidays.

Most people who fly drones and model aircraft have little aviation experience, but they become pilots as soon as they start to fly, said Deputy FAA Administrator Michael Whitaker. "They have the responsibility to fly safely, and there are rules and regulations that apply to them," he said.

The requirement covers aircraft weighing from just over a half pound to 55 pounds. Drone owners who are 13 and older will have to register on an FAA website that becomes available starting December 21.

The FAA expects parents to register for younger children.

Registration will cost $5, but the fee will be waived for the first 30 days, until January 20. Owners will have to mark aircraft with an identification number. They can register as many aircraft as they want on one registration number.

The requirement came after a task force delivered a list of recommendations to Transportation Secretary Anthony Foxx last month. The FAA said it used some of the recommendations, but the move disappointed a large group representing model airplane users.

The Muncie, Indiana-based Academy of Model Aeronautics said registration is an "unnecessary burden for our more than 185,000 members who have been operating safely for decades."

The group said registration makes sense for those who aren't part of an organization or for aircraft being used commercially. It also maintains that Congress in 2012 prohibited the FAA from new rules for recreational model aircraft users who are part of a community-based organization.

However, Whitaker said while the law prohibits new rules, the FAA has the authority to register the aircraft.