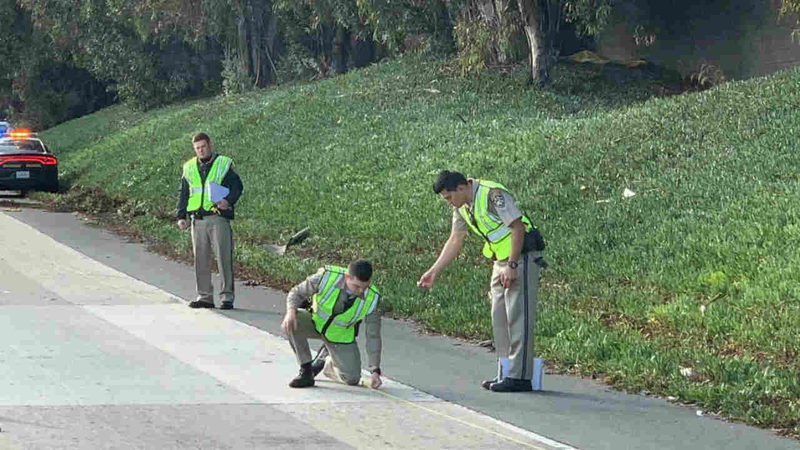 LOS ALTOS, Calif. (KGO) -- The body of a driver involved in a single-vehicle accident Christmas night was missing for just over 12 hours, until relatives made the grim discovery themselves.

The accident happened on a busy South Bay freeway, and there is some mystery about how far away the body was discovered from the accident.

CHP says the accident happened around 6:30 p.m. Christmas night but officers never located the driver. The Toyota SUV was abandoned and appeared to be the only vehicle involved.

Relatives showed up early in the morning and made the disturbing discovery of the 40-year-old Alan Willcox's body in thick vegetation along the side of the freeway. He was a Los Gatos resident.

"We're still trying to piece together how they became aware of this and why they took it upon themselves to come out here and look for their family member," CHP officer Dave Morey said.

A relative who called CHP said it was his uncle. However, family members on scene did not want to talk to reporters.

The body was found against a sound wall atop a very steep embankment on the southbound side of the freeway. However, the accident apparently happened in the very first lane on the other side of the center barrier in the northbound lanes. Somehow, the driver crossed over the barrier and crossed over three lanes of southbound 85 before getting up to where he was found.

Painstaking measurements being taken by ⁦@CHP_RedwoodCity⁩ officers to piece together mystery how body of driver injured in solo SUV accident ended up so far away and undiscovered until relatives found it nearly 14 hrs later. #hwy85 near Fremont Ave. #mountainview #abc7now pic.twitter.com/5lhYR0opX5

The distance between where the accident happened near the Fremont Avenue exit and where the driver's body was found is about a mile. CHP investigators spent hours taking extensive measurements to document distances.

This stretch of Highway 85 has no street lights and a narrow shoulder. It was dark at the time of the accident. That would make it more difficult to locate someone who had walked away. CHP says it's not unusual for a driver injured in an accident to become disoriented or confused and to try to get out of lanes of traffic.