KGO
By Dion Lim
ALBANY, Calif. (KGO) -- Tom Mullarkey is one of nine brothers and sisters and when he went missing after a day of skiing at Bear Valley Mountain Resort in Alpine County on Wednesday, his tight-knit family mobilized.

Tom's younger sister Joanne Asercion, says there are reasons why they hold out hope.

"As the days and hours go on, thought creep and we just know we have to be strong and stick together."

Tom's family held an impromptu family gathering in Albany Friday night. Sisters, nieces and other relatives clung to texts and Facebook message updates and to each other for support, sharing memories of his vibrant life.

But even for the most skilled outdoorsman...a mighty challenge. Mother nature. Tom was reported missing by his wife after he didn't return to his Arnold cabin after a day of skiing at Bear Valley in Alpine County. He was last tracked getting on the Kuma lift.

Michael St. John, the Unit Leader, Marin County Sheriff's Search and Rescue said, "These members have to be prepared for avalanche conditions...trained not only for a potential avalanche but to rescue each other."

A team of 7 from Marin County Search and Rescue deployed Friday afternoon faced treacherous road conditions. Interstate 80 was shut down for hours, with CalTrans re-opening to gridlock late Friday night.

Despite the challenging weather, Tom's family holds out hope, with 30 family members in Bear Valley right now, passing out fliers, hoping Tom's gift of the gab will be their saving grace.

"He's very outgoing. He had gotten on that ski lift that day, he would have talked to whoever was on the lift with him," smiles his little sister.

The tight-knit family of missing skier ⛷ Tom Mullarkey ask for your help finding him on Bear Valley Mountain. He is an experienced outdoorsman but missing since Wednesday & weather has been brutal. pic.twitter.com/iyx2SjATOl 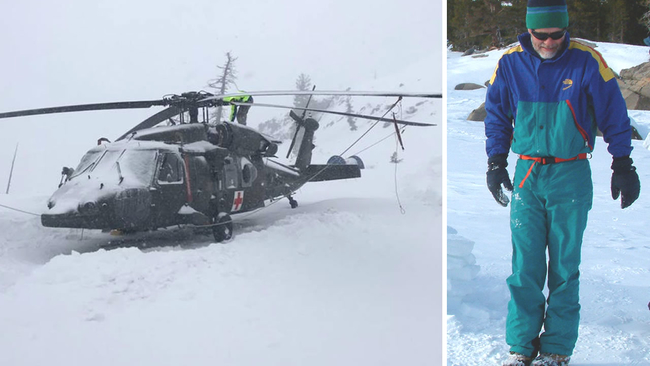