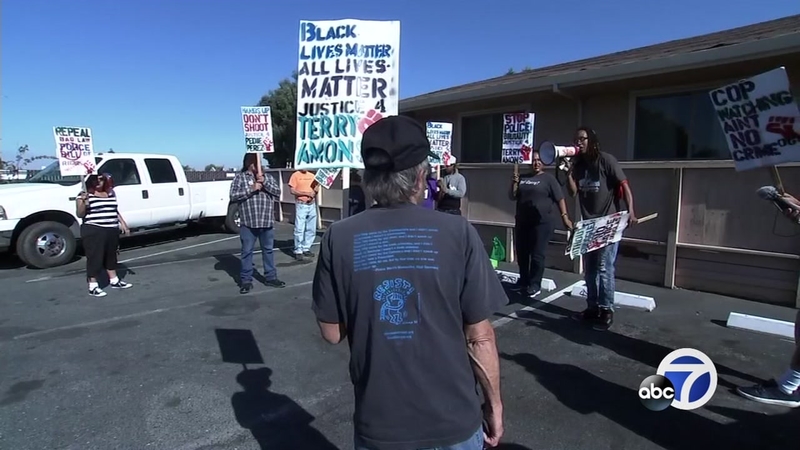 PITTSBURG, Calif. (KGO) -- The family of a Pittsburg man shot to death by police earlier this year staged a protest at the fast food restaurant where he was killed.

A grieving mom revisited the parking spot where her 43-year- old son Terry Amons died outside a Nation's restaurant.

"What happened in January is my son was killed right here in this spot," Amons' mother Sandra Talbert said. "He was shot by the Pittsburg police. He was sitting in his car eating a hamburger."

Pittsburg Police claim officers approached the car of a suspected drug dealer on Jan. 12 and noticed a gun in the center console.

But in July, they released body cam video of the shooting encounter. The video shows the shooting and then how police handcuffed Amons.

He died at a hospital a short while later.

The Oscar Grant Committee Against Police Brutality helped organize Saturday's rally with other parents who have lost sons and daughters in police shootings.

"I just believe the cops are scared of their own shadow. They're too quick with pulling out their weapon to kill somebody," said Rick Perez, who lost his 24-year-old son in a police shooting four years ago in Richmond.

"I want justice for my son. I want people to know what these police are doing," Talbert said.