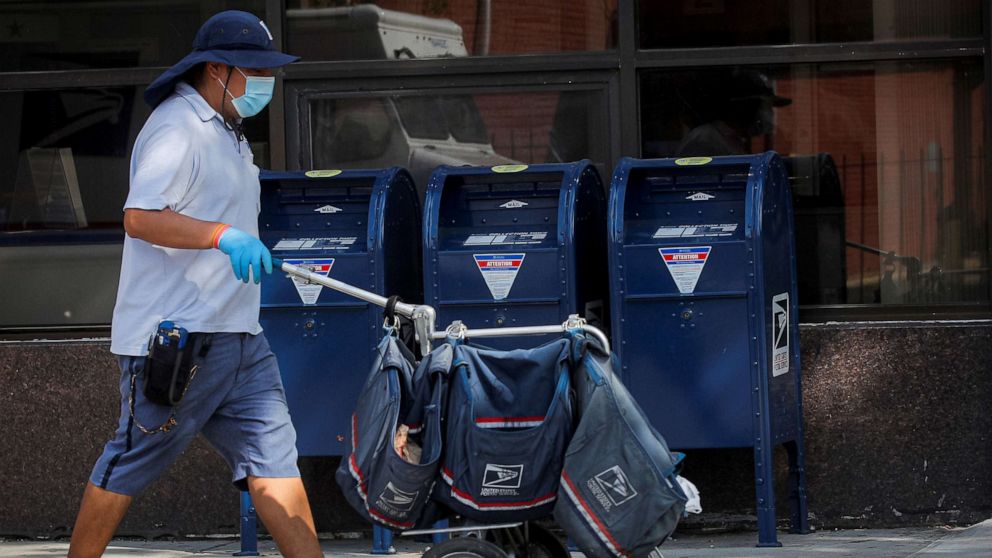 The cremated remains of a U.S. Army veteran sent through the mail were delayed reaching their final destination for days, according to the late veteran's family, and they say Postmaster General Louis DeJoy is to blame.

Army veteran Scott Egan died in July in St. Louis. His sister, Dr. Jean Egan, told New Haven, Connecticut, ABC affiliate WTNH that his remains were supposed to be delivered to their other sister in Maryland within two days of being shipped.

However, she said the remains were lost for 12 days and the postal service has not provided a reason.

"If Postmaster General DeJoy cannot do his duty to the American public, and military families like mine, that he should be removed from his post," Egan, a resident of Connecticut, said at a press conference Friday alongside Sen. Richard Blumenthal, D-Conn.

Egan said the remains eventually were delivered to her sister in Maryland, but the family is still looking for an explanation as to why the remains took almost two weeks to arrive.

Blumenthal praised the postal worker in Maryland who delivered the remains, saying she "drove for two hours each way, with no overtime, to deliver those remains to Jean's sister."

The U.S. Postal Service said in a statement to ABC News that they apologized for the delay, though the agency said the package was never lost.

"The Postal Service apologizes to the family for the delay," according to the statement. "There was misdirection given at the point of mailing and we are working with our personnel around the state to, again, raise awareness in proper procedures for handling cremated remains."

Egan said she has not received a formal apology from the Postal Service.

DeJoy has come under fire for allegedly making changes to the agency's operations to help boost President Donald Trump's reelection in November. DeJoy, a former logistics executive and longtime Republican financier, faced lawmakers on Friday and called those allegations "outrageous."