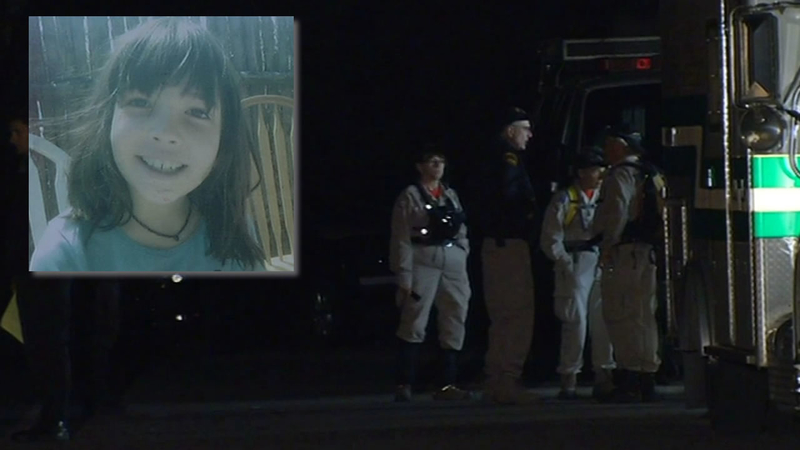 MARIN COUNTY, Calif. (KGO) -- Search crews in Marin County are looking for 9-year-old Ida Rothschild who is missing. The search teams had hoped to find the girl by nightfall, but so far nothing has been found.

The good news is there is a full moon that is offering a little extra light for search crews.

Ida was last seen wearing a pink terry cloth dress with some white flowers on it. It's not much protection against the temperature that is supposed to dip down into the 40s or 50s overnight. Deputies say that temperature is survivable.

Ida is described as 4'2", weighing 50 pounds, with brown hair and hazel eyes.

Searchers are asking everyone at the campsite if they had seen the little girl. They know the parents are devastated by the situation and some rescuers say they would be very scared if it were their child who went missing.

Members of the California Conservation Corps helped look for Ida. She was last seen at her family's campsite around noon. Friday evening Marin County Sheriff's deputies bought in search dogs to track her scent, while Ida's mother got into a deputies car anxiously waiting for a sign of her daughter.

"We went up the trails, and were looking at ravines and thought wow, this is scary," neighboring camper Emily Mitchell.

Mitchell is keeping an extra close eye on her two sons.

The Rothschilds came to Samuel P. Taylor Park for a similar weekend campout. Friday morning Ida played with other children at the campsite. When her parents looked up, she was gone.

A Sheriff's deputy said, "We have identified no reason to believe there's any foul play involved."

However, deputies are looking at every car entering and exiting the park. Efforts focus on a four mile perimeter around camp and Lagunitas Creek.

The family is from New Mexico, but Ida's mother grew up in Marin County. This was supposed to be a fun family vacation for Ida, her parents, and her two younger brothers. Now, as you might imagine, they just desperately want her home.