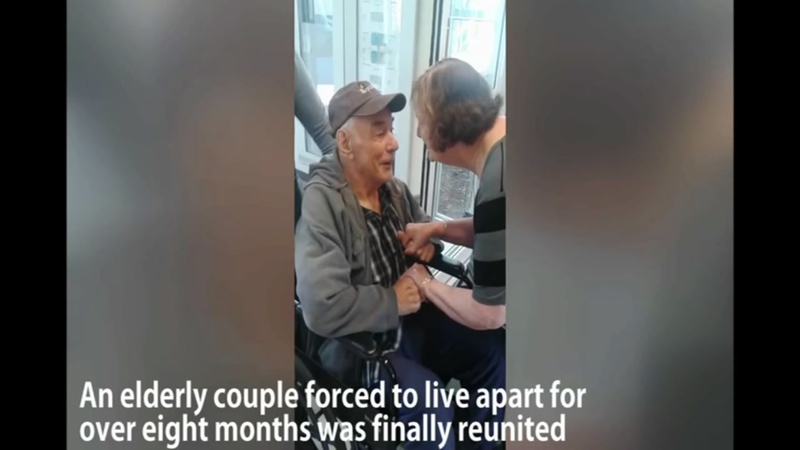 Elderly couple reunited after being in different nursing homes

BRITISH COLUMBIA, CANADA (KGO) -- A Canadian couple married 62 years was overcome with emotion after being reunited. Wolfram and Anita Gottschalk, of British Columbia, Canada, had been placed in separate nursing homes for the better part of a year due to a backlog in the health care system.

An emotional photo shared by by their granddaughter, Ashley Bartyik, was taken during a visit to see her grandparents. ABC News reported that Bartyik was worried their "heartbreak and the stress could literally kill them."

Couple shares a bittersweet moment in this touching photo

Wolfram, who is 83 years old, was first put in an assisted living home in January for health complications from dementia. Four months later Anita, who is 81 years old, entered assisted living, but was put into a different home than her husband. Wolfram was placed on a waiting list so he could move in with Anita, but is still stuck without his sweetheart.

Bartyik says her parents drive Anita to Wolfram's center at least every two days. "They've been together since they got married in 1954," she said. "They're completely infatuated with each other and have been together in sickness and health. They deserve to stay together."

Their story went viral and now they're shedding "happy tears" and will spend their years side by side.