'It's a relief:' Last Busby quintuplet home from the hospital 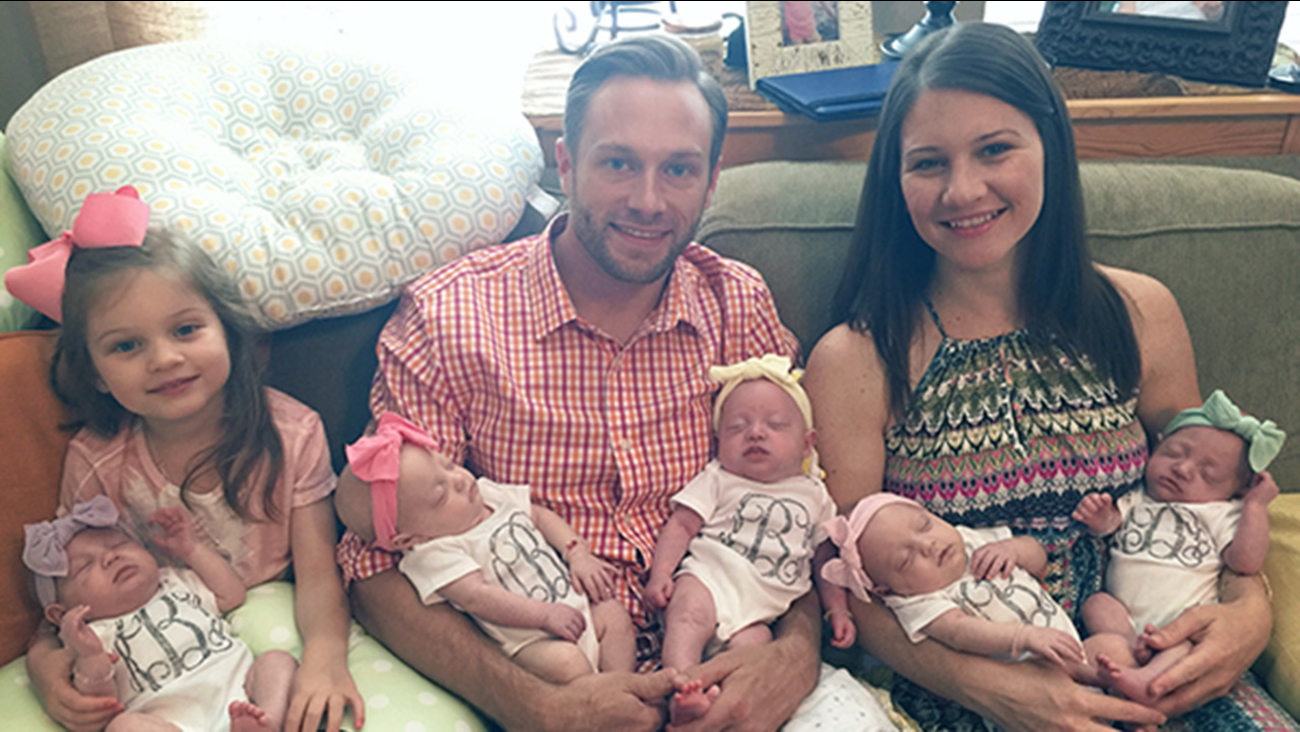 Adam Busby talks about life for him and his wife, Danielle, now that all five of their baby girls are home. (Courtesy of the Busby family)

HOUSTON -- After two months of trekking to the hospital, Adam and Danielle Busby have finally taken all of their babies, the only all-girl quintuples in the U.S., home to stay.

"It was a big relief," Adam said of the last baby, Ava, coming home. "Whenever we had four at home before we went and got Ava, I was only able to go to the hospital twice in that entire week." 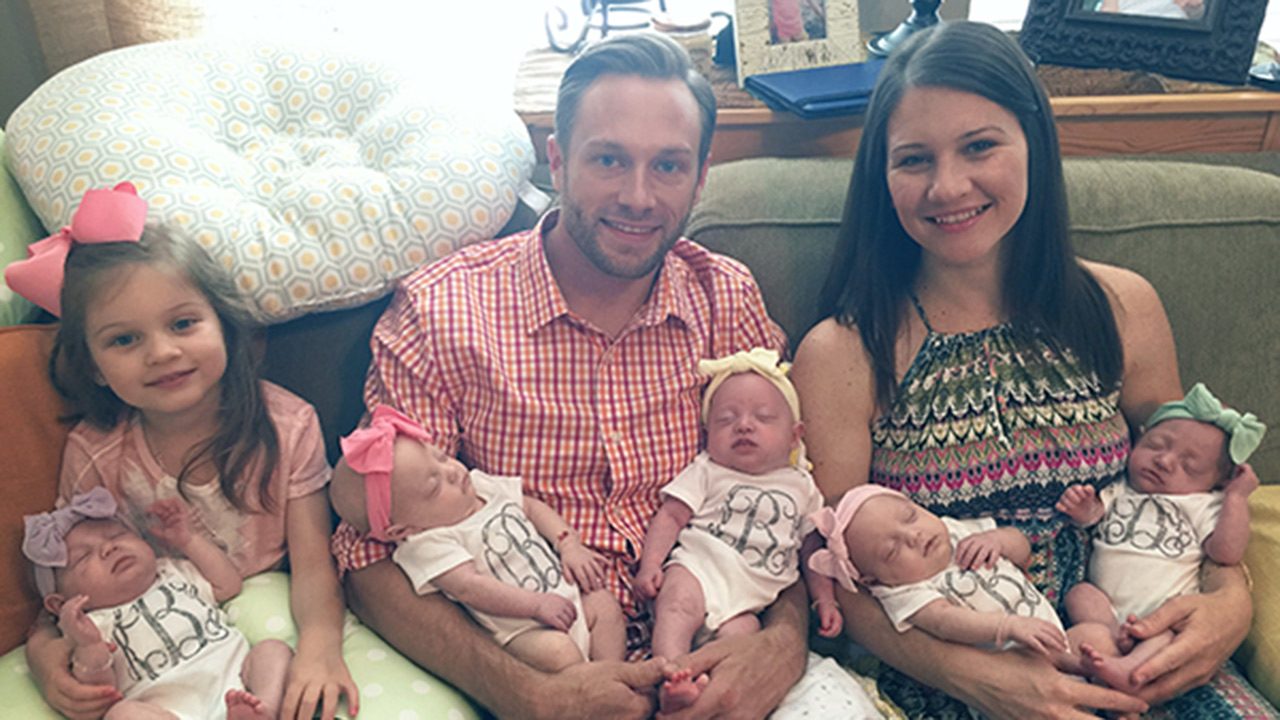 PHOTOS: Father of the Busby quintuplets reflects on life with baby girls
From creating a care calendar for friends to playing rock, paper, scissors to see who will change the fifth baby, Adam Busby talks about having all of his girls at home.

Busby said the babies, who once weighed about 2 pounds each, are now all doing well. Most of them weigh more than 7 pounds.

How do they manage having babies Riley, Hazel, Parker, Olivia and Ava under one roof? Dad said he and Danielle get lots of help using a digital care calendar set up by their church.

Even their 4-year-old daughter, Blayke, is eager to help, Busby said. All of this allowed the couple get into a routine.

Adding Ava to the mix has been an adjustment, he said.

"Whenever you throw that fifth baby in, it throws everything off," he said. "It's crazy what a difference one baby makes."

He gave an example of when he and Danielle were feeding the babies the night Ava came home. They realized their routine meant one parent would get to go to bed before the other, and they had a diplomatic way of deciding who would do it.

"We each fed the four babies like we normally do and we still had one left," he said. "We ended up playing rock, paper, scissors."

The five babies, born April 8, were conceived using intrauterine insemination after a struggle with infertility. Doctors advised the couple to abort one or more of the fetuses, but the couple decided not to because of their religious beliefs.

PHOTOS: The Busby quintuplet girls in the hospital 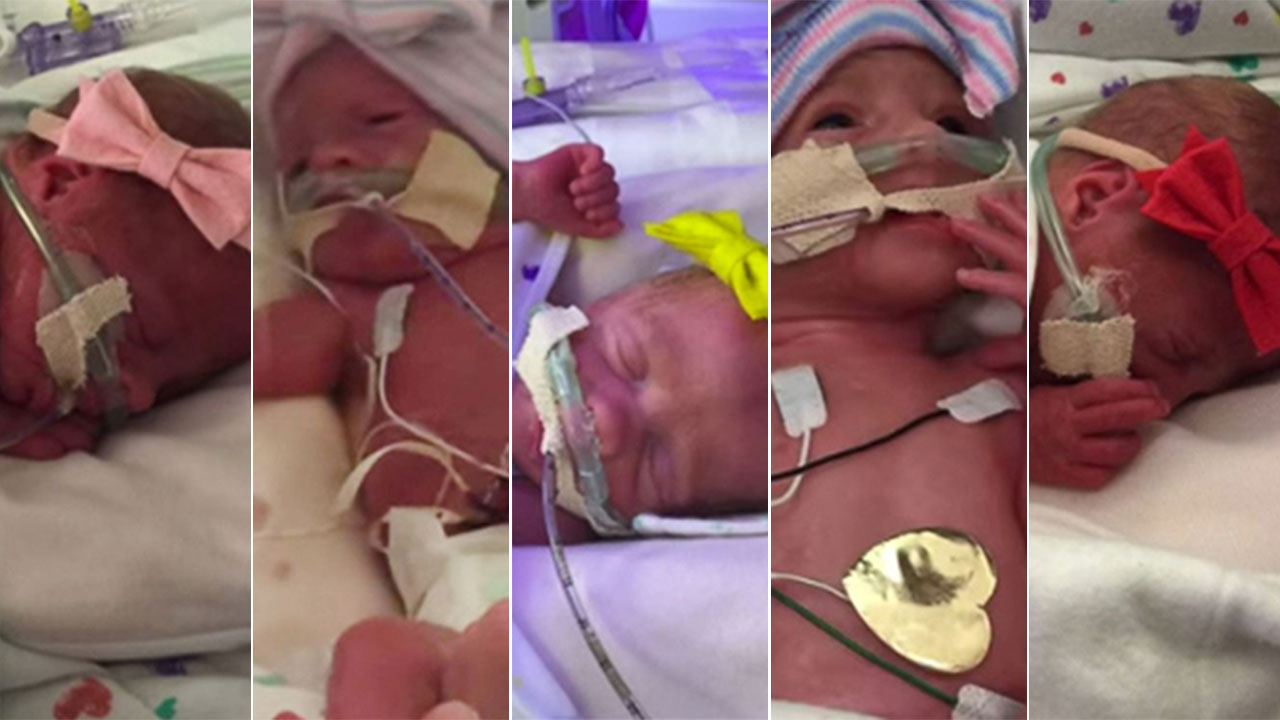 Busby said he's read negative comments from people who disagree with their decision to keep all the babies, but he focuses on the positive comments.

"Especially now, looking at all the babies and how perfect they are," he said. "How could we have chosen?"

Even though he said things can get hectic -- especially when all five babies are screaming in the middle of the night -- Busby said his love for his daughters keeps him focused.

"You want to be so frustrated and so tired," he said, "but you look down and one smiles at you, and you can't be frustrated."

Read more about the Busbys on their blog. 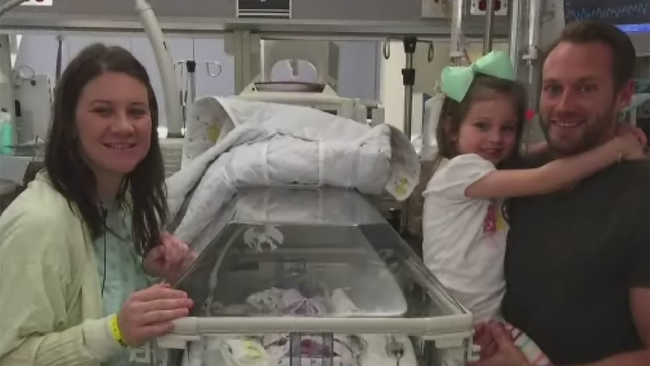 Meet the first set of all-girl quintuplets born in the U.S.
DISTRACTION