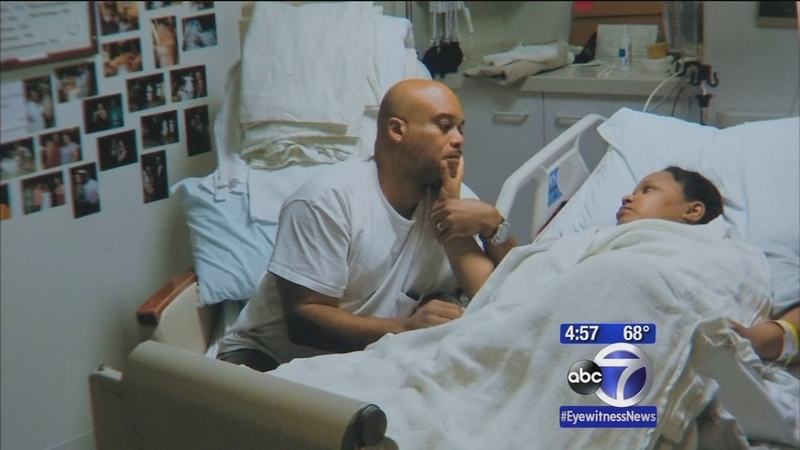 MANHASSET -- A newlywed couple, just one month into their marriage, was suddenly hit with a medical emergency.

Bleeding in her brain had left Tunicia Hall with no memories of the young marriage, so her husband stepped in with a creative solution.

Tunicia and Raleigh Hall had recently been married when Tunicia landed in the ICU.

She was hemorrhaging around her brain. Raleigh stayed by her side. He quickly realized Tunicia had suffered some memory loss - not knowing what year it was or how old she was.

"After two days I said I got to do something here," Raleigh said.

He plastered her room at North Shore LIJ with their wedding pictures.

"She started coming around and it drew questions about when were we married? And are we married?," said Raleigh.

"With his love and God's grace I'm here," said Tunicia.

Raleigh is actually a recording artist by trade. He wrote about the experience and put it into an album.

Professional singer Ian Holmes surprised Tunicia with one of the songs.

"What's the future. Do you guys have a honeymoon planned or anything?," we asked. "Yes we hope it happens because we never got to go on a honeymoon. So yes we plan to do that definitely," said Tunicia.

They have a lot to celebrate.