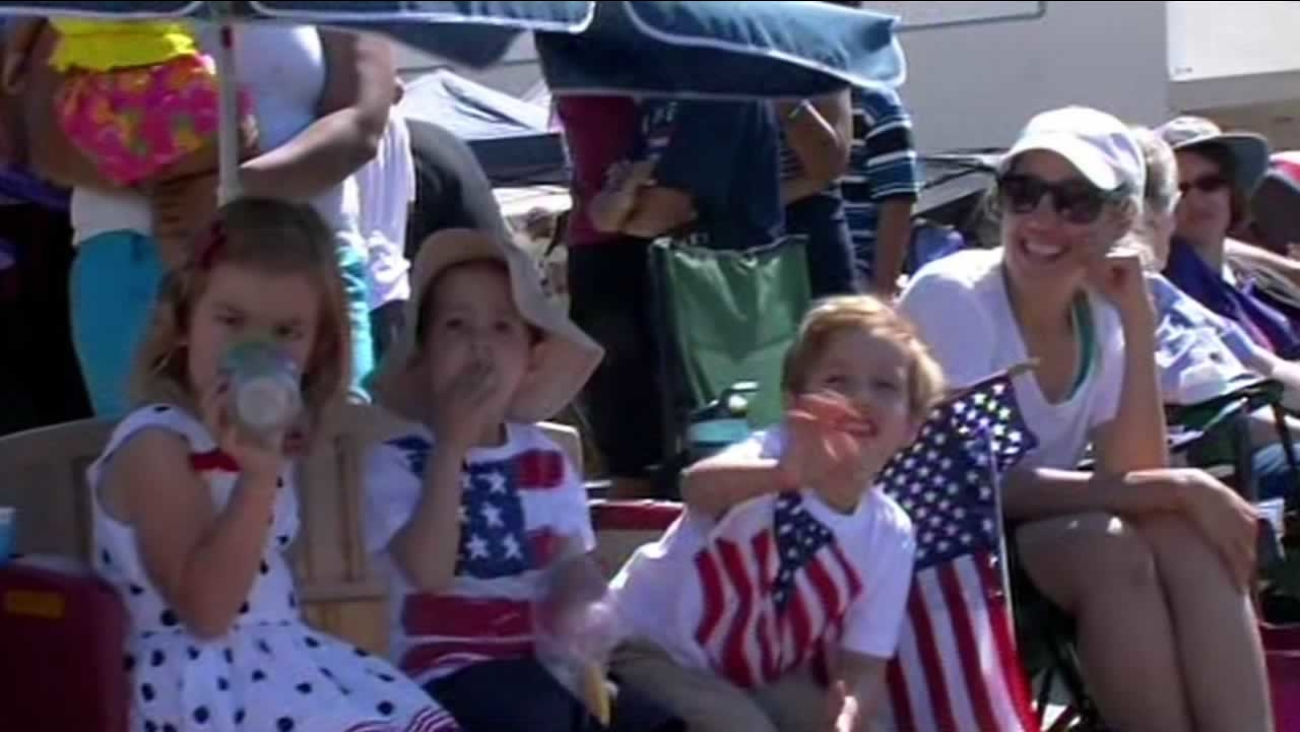 KGO
SAN FRANCISCO (KGO) -- Crowds turned out all over the Bay Area Friday to celebrate the Fourth of July. From parades, to craft fairs, festivals and live music, there was something for everyone. 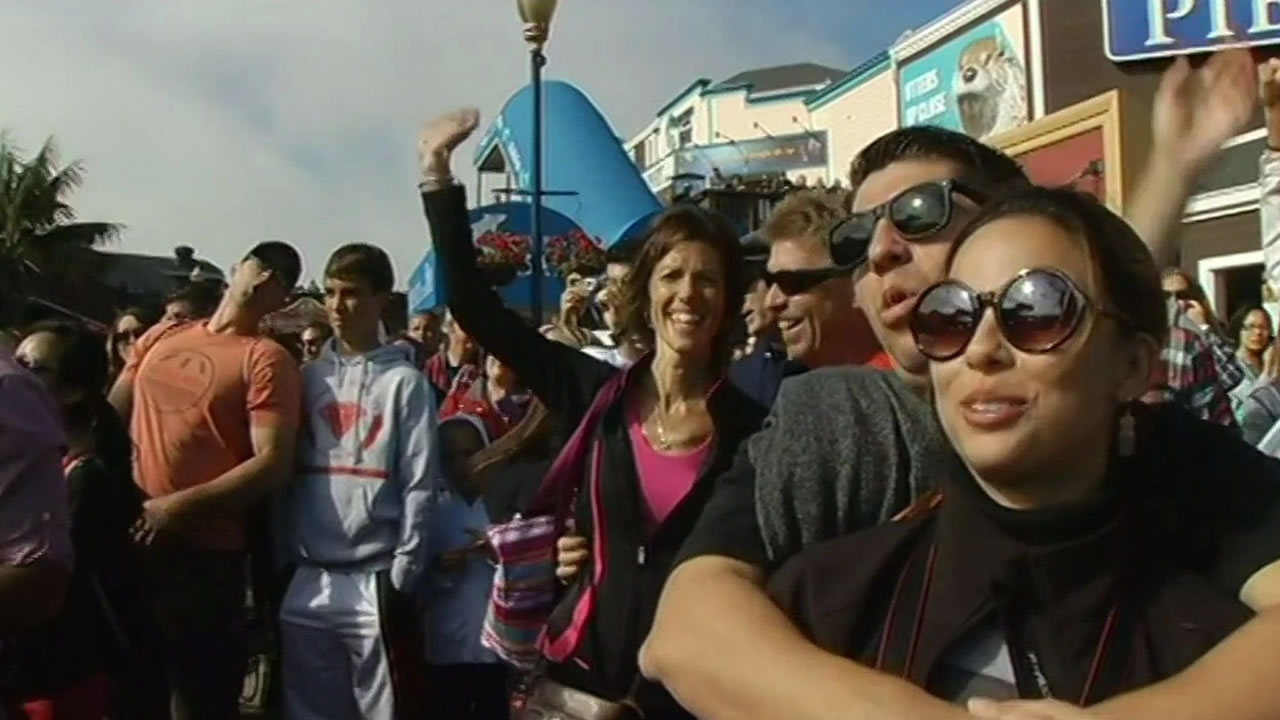 Hundreds of thousands of people are expected to make their way to San Francisco to watch the fireworks displays. By the early afternoon, Pier 39 was packed with people looking for prime positions to view the show. Traffic along the waterfront was backing up early; officials advise revelers to use public transportation, in part because of the northbound Interstate 280 closure. 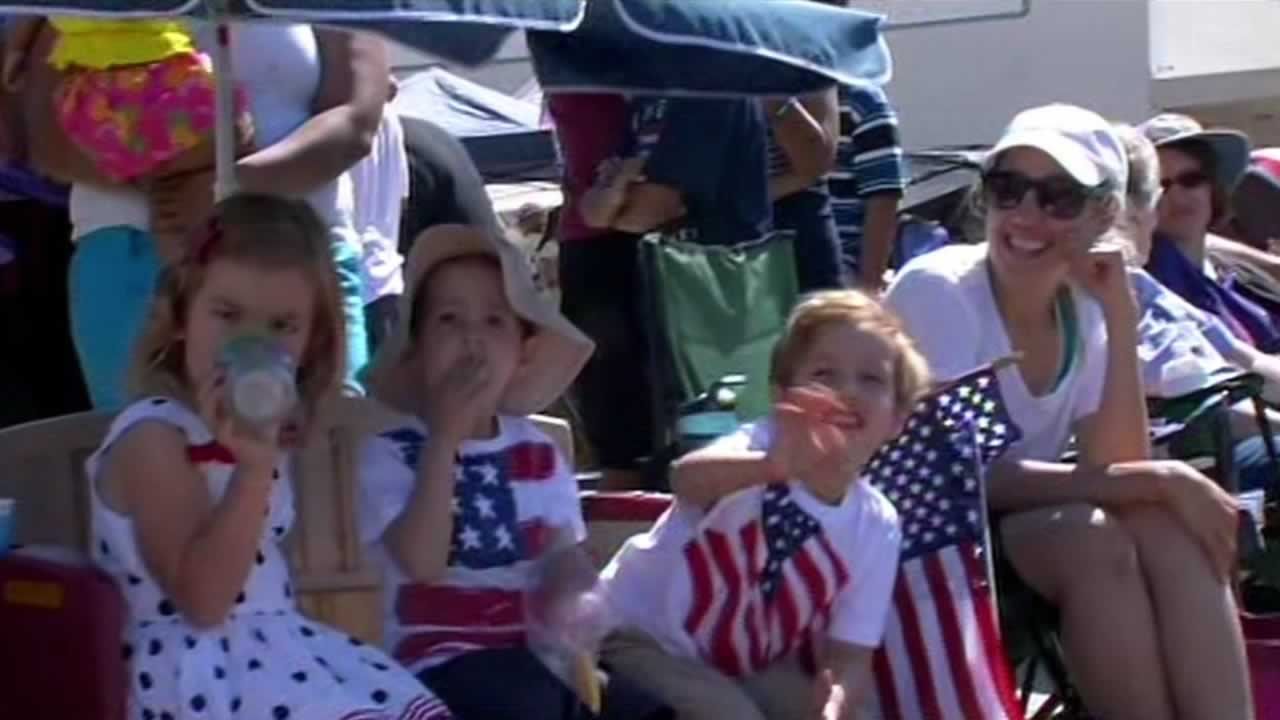 The largest Independence Day parade in Northern California turned Redwood City red, white and blue on Friday. The city has been holding the parade since 1939 and it's actually only part of the festivities which include live music and fireworks at the port.

"Everybody's just so excited before the Fourth of July and they just love to celebrate," Redwood City resident Elizabeth Benedict told ABC7 News. It's easy to see why this year's 4th of July parade in Redwood City is themed "Through the eyes of a child." Family tradition is as much a part of this festival as is the waving of Old Glory.

And if you can't wave your spirit, you can wear it, like Benedict did. "I just feel like it's just so much more exciting here. I don't know. I'm biased though," she said.

In its 76th year, the parade continues to attract thousands. Among the many highlights is the Redwood City Parade Run. The family-friendly 5K race is open to runners, walkers, and strollers of all ages. The proceeds benefit music programs funded by the Redwood City Education Foundation.

You might think that if you've seen one parade, you've seen them all. Well, think again. "I've been coming every year for 35 years," Debbie Marrone said adding that she plans to be there again next year. 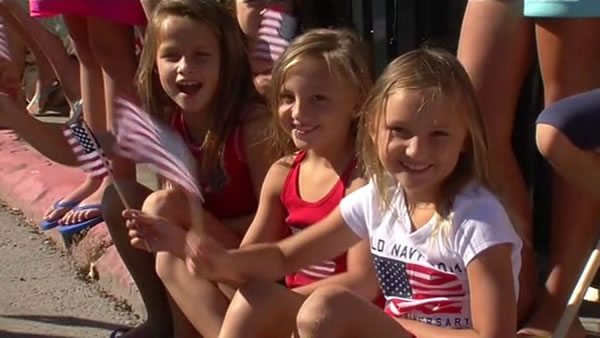 Bay Area cities celebrate 4th of July
Crowds turned out all over the Bay Area Friday to celebrate the Fourth of July. From parades, to craft fairs, festivals and live music, there was something for everyone.

In Danville, 40,000 people took part in the celebration. There was even an Elvis impersonator backed by the San Ramon High School Marching Band. The parade was organized by the Kiwanis Club of San Ramon Valley. This year's theme was "Celebrating our American Freedoms."

The annual Fourth of July parade in San Jose saw a bit of a revival. The Rose, White and Blue parade took its cues from the 1896 Rose Carnival. Lots of families took part in the festivities, which included music, floats, and arts and crafts.

Seven On Your Side's Michael Finney soaked up the sun while serving as grand marshal of Alameda's Fourth of July parade. The marching band from Alameda's Lincoln Middle School entertained the crowd. This year's parade raised $10,000 for music programs in local schools.

And, if you weren't out enjoying the holiday parades and barbeques, you could be at the beach enjoying the great weather. Santa Cruz Beach was packed with umbrellas and people.
Related topics:
family & parentingredwood citysan josedanvillealamedasanta cruzsan franciscofisherman's wharf4th of julyparadechildrencharityholidayrunning4th of july eventmusic
Copyright © 2020 KGO-TV. All Rights Reserved.
RELATED
Bay Area Fourth of July fireworks and festivities 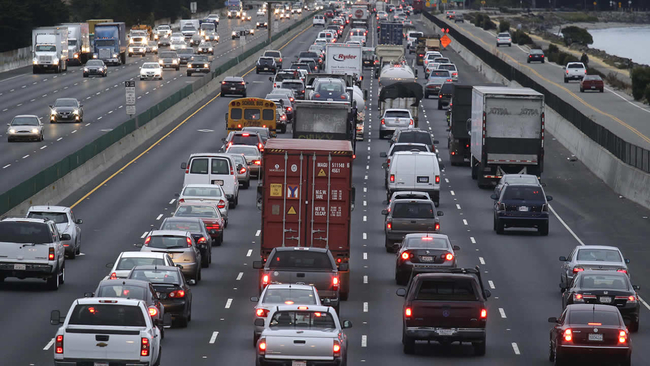