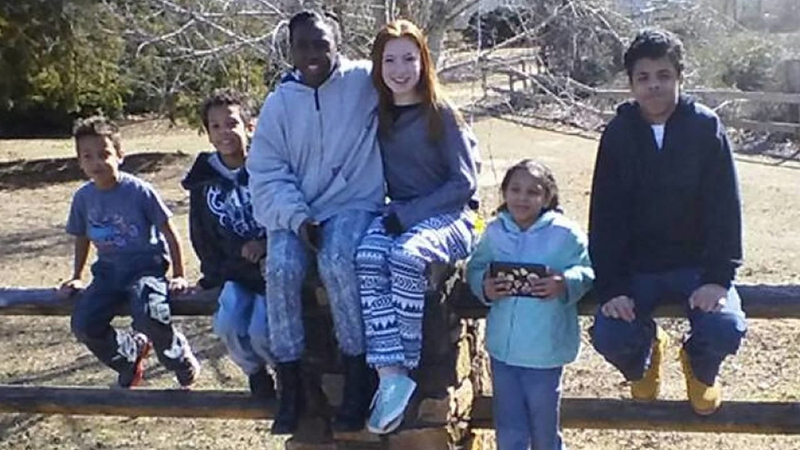 Trooper raise money for kids whose parents died in crash

MORGAN COUNTY, Ga. -- A Georgia state trooper has gone out of his way to help four children whose parents died in a car crash, WSB-TV reports.

Their mom and dad went to get more face paint for them Halloween night when the accident happened.

The trooper discovered the children waiting for their parents to come home. He took action when he found out their closest relative was eight hours away.

"This is the first time I've ever had to bury anybody, and it's my son and my daughter-in-law, you understand, and I've got four kids that I have to take care of," said Stephanie Oliver, grandmother.

Mom Crystal Howard and dad Donald Howard were killed in the crash on Broughton Road in Newton County.

"They were in their full costumes, I remember the 8-year-old - he was an angry wizard, so his face was partially red," Bradley said.

"I had thought I was like yeah, something bad must have happened, because if nothing bad happened then all these troopers wouldn't be here," son Justin Howard said.

The closest relative was their grandmother - eight hours away in Florida. So Trooper Bradley decided to stay with the kids until she could arrive.

"I care a lot about them. I really do, and I want to watch them succeed. I don't want this tragedy to shadow the rest of their lives," Bradley said.

Bradley and others in the community celebrated Halloween with the kids and kept the deaths of their parents from them.

"Our purpose was to preserve future holidays as far as Halloween goes. We didn't want them to relate this tragedy to Halloween, we wanted to relate it to November 1," Bradley said.

Bradley started a GoFundMe page to help the family with funeral costs and to transport the parents' bodies to Florida, where they will be buried. They needed $7,000, they got more - $88,000 by Wednesday afternoon.

Georgia state troopers say the parents' car skid on wet roads, lost control and ended up in a ditch. The children are moving into their grandmother's home in Florida.
Related topics:
family & parentinggeorgiacar crashdistractionhalloweencar accidentu.s. & worldcrash
TOP STORIES
53 cases of new R.1 COVID variant detected in CA
Wiggins says he will stick to beliefs regarding vaccine
EXCLUSIVE: SJ man warns others after being harassed over dinosaur flag
Breakdown of vaccine requirements for SF, Oakland city employees
COVID vaccine boosters now available in Bay Area
Steve Kerr reveals how his name made it in hit show 'Ted Lasso'
R. Kelly found guilty on all counts in sex trafficking trial in NYC
Show More
Pfizer to ask for approval of COVID vaccine for kids in matter of days
SF-based tech entrepreneur to go to space with Blue Origin
California to replace the word 'alien' from its laws
LIVE: Track temps, air quality around SF Bay Area
CA to mail every voter a ballot in future elections
More TOP STORIES News