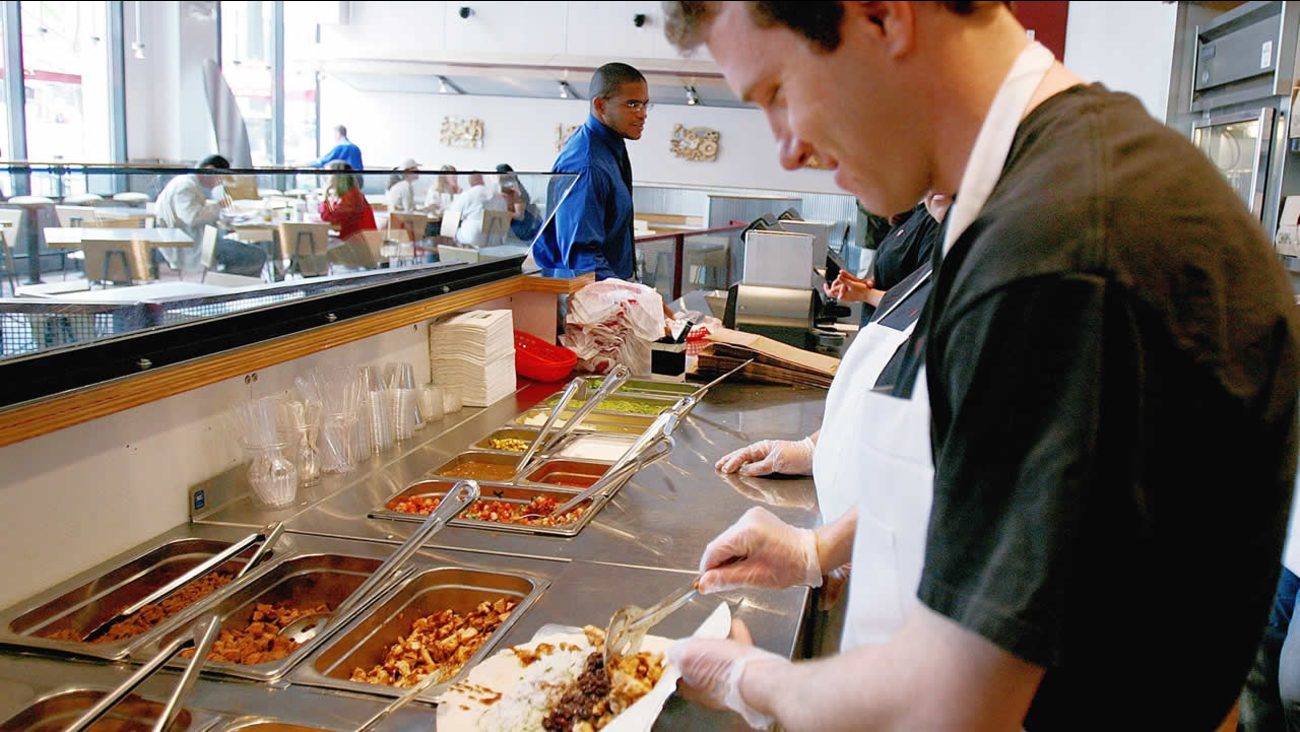 Chipotle manager Ryan O'Toole piles on the ingredients on a chicken burritio, Chipotle's most popular item, at a downtown Denver location on Monday, May 8, 2006. (AP Photo)

For the first time a major U.S. restaurant chain has announced it's now serving GMO-free food.

Chipotle says the ingredients used in its products will not be genetically modified.

Cooking oil has been switched from soybean oil to GMO-free sunflower oil and rice bran oil.

Its pork and chicken still come from animals that eat GMO feed. The beef comes from pasture-raised cattle.

Most of the country's corn and soybean crop is genetically modified to have certain traits like resistance to plant diseases.

The head of the Food and Drug Administration's food safety center has said the agency found no basis that GMOs pose any different safety concerns than foods developed by traditional plant breeding.

Chipotle Co-CEO Steve Ells has said the company felt it was best not to use GMOs given the "lack of consensus" about their effects.

The completion of the phase-out was first reported by The New York Times.