Man and woman killed in 2-alarm fire in Oakland 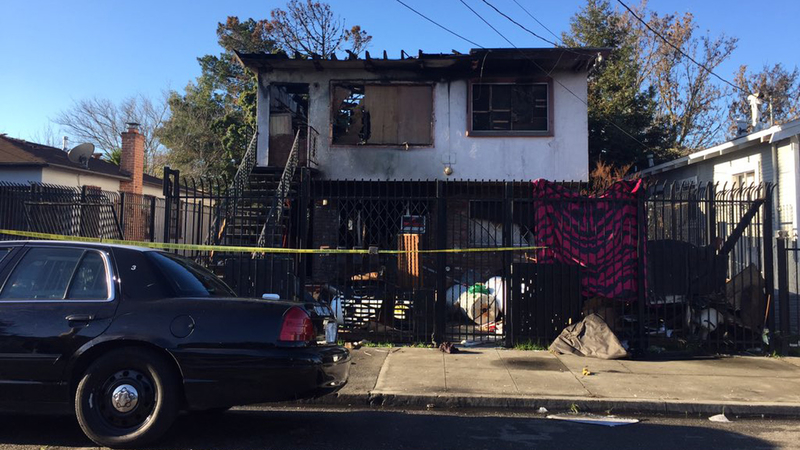 OAKLAND, Calif. (KGO) -- Two people died after a two-alarm fire ripped through a residence in Oakland early Monday morning. The fire was south of International, on Eastlawn Street near 62nd Avenue.

Neighbors say the apartment building has been abandoned for at least a year and they often see squatters inside. It has a 'no trespassing' sign posted out front. But fire crews said that didn't stop people from trespassing. Two people died early this morning when a fire broke out at the fourplex around 1 a.m.

Police guarding abandoned fire damaged apt building where two died this am. City of Oakland will board it up pic.twitter.com/OeP5YSvRec

The victims, a man and a woman have yet to be identified. Their bodies were discovered in the bottom unit where the fire is believed to have started. The building or what's left of it was boarded up an hour again hopes to keep others away from the now hazardous site where there is a lot of damage and debris still lingering from this fire and two previous fires this year.

"It's sad. I'm in situation, I'm homeless, too, sad to see people trying to stay warm and they get hurt behind it," said Nicole.

Neighbors said they have seen up to six squatters at a time mostly on cold nights.