A police spokesperson says a man shot and killed a woman at South First Street and West Alma Avenue. Detectives were seen around the Denny's restaurant. Police say a man shot a woman in what appears to be a domestic violence incident. The man then shot himself. Both died at the scene. They have yet to be identified.

San Jose Police were then called to a shooting about a mile away at a car wash on Keyes Street and South 9th Street at around 2:20 a.m.. Officers found a man with at least one gunshot wound. He died at the scene.

Police are not giving any details on suspects or if there was an arrest.

"This is too close to home. I've got kids, daughters. You know they go to school and we go through here. I'm worried. I hope and pray to God it's nobody we know," said neighbor, Mayra Guerra.

The two homicides are the 4th and 5th of the year in San Jose.
Report a correction or typo
Related topics:
san josesjpdmurderhomicide investigationhomicideshootinginvestigationmurder suicide
Copyright © 2020 KGO-TV. All Rights Reserved.
RELATED 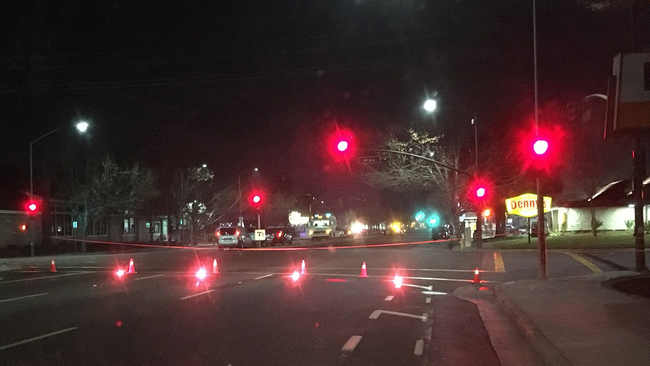