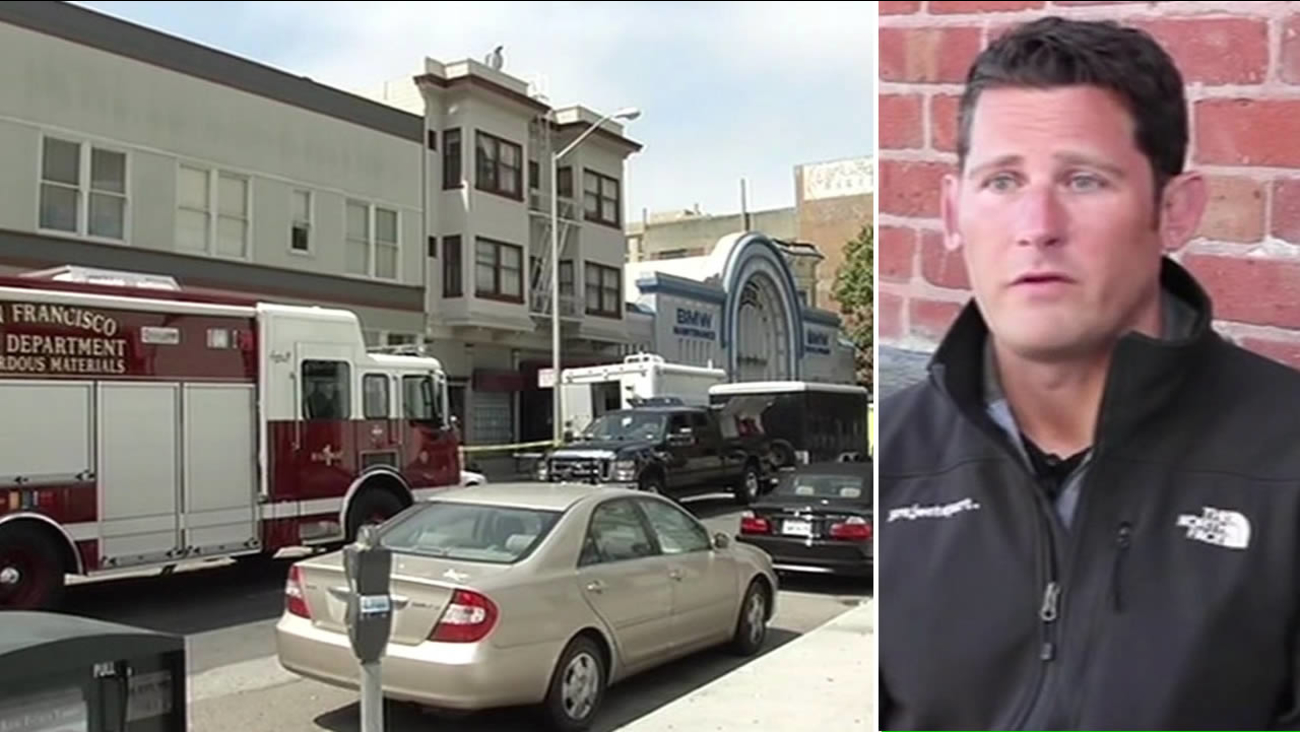 SAN FRANCISCO (KGO) -- The FBI is releasing new information about a San Francisco man who could be packing explosives and is now the focus of a nationwide manhunt. Ryan Kelly Chamberlain, II, is wanted for possessing explosives at his apartment in San Francisco's Russian Hill neighborhood.

The 42-year-old is white, 6 feet 3 inches tall and 225 pounds with brown hair and blue eyes. He was last seen in a dark blue, hooded sweatshirt and jeans, and was last seen Saturday south of San Francisco driving a white 2008 Nissan Altima with a California or Texas license plates of either 7FQY085 or BX9M042. 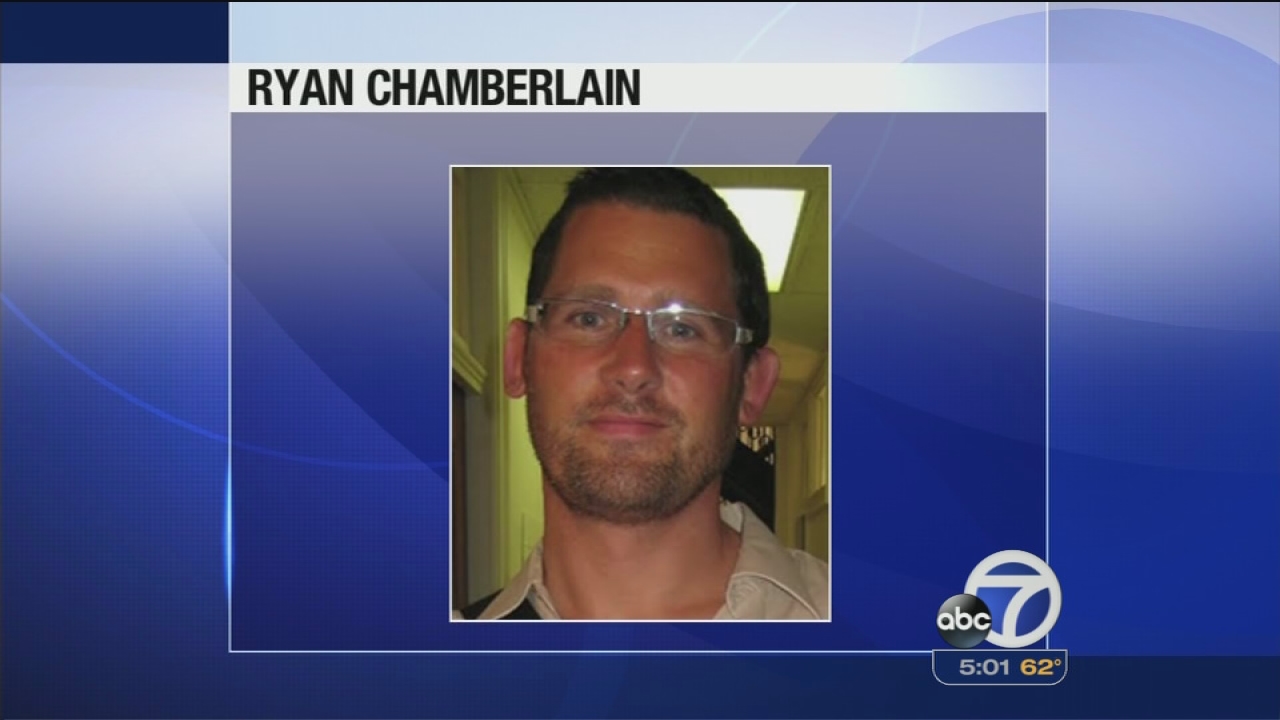 Manhunt underway for SF man who may have explosives
A nationwide manhunt is underway for a San Francisco resident who's wanted for possessing explosives at his apartment.

A sergeant at the search scene on Saturday initially reported ricin was found in Chamberlain's home. On Sunday the FBI said they do not believe there was ricin in the apartment. They do warn, however, that Chamberlain may have bomb making materials and is considered armed and dangerous.

The apartment that officials say belongs to Chamberlain remains sealed. Investigators say there may be more evidence they'll need to seize in what they're calling an active investigation for a man alleged to have ties to bomb making materials.

ABC7 News' cameras were there when agents wrapped in hazmat gear executed the warrant to search Chamberlain's ground floor apartment on Polk Street. The Saturday morning hunt for explosives and Chamberlain lasted most of the day. Although the apartment remains sealed, FBI spokesperson Peter Lee stresses that there's no threat to public safety.

"Explosives," he said. "There is no chemical, biological or radiation known at this time."

A YouTube video hints at Chamberlain's civic engagement and a very different man than the one identified by federal investigators.

In 2006, ABC7 News spoke with Chamberlain about his efforts to stop a pot club from opening in his neighborhood.

The League of Women Voters website shows that Chamberlain ran as a Republican for an Assembly seat in 2002, identifying himself as a small business owner.

Tourk describes him as an honest, hardworking guy; a far cry from armed and dangerous, the description used by the FBI.

"Flabbergasted," he said. "It's just out of character for anything that I know about Ryan."

Anne-Marie Devine, a spokesperson for the University of San Francisco, confirmed on Sunday that Chamberlain once taught at the school. In a statement she said, "Based on the information known, we believe the person of interest in the FBI's investigation is the same Ryan Chamberlain who taught one course for one semester as adjunct professor in 2011. He has not been associated with the University of San Francisco (USF) since."

The FBI says it is an ongoing investigation and won't say what led them to the San Francisco apartment or Chamberlain. They have also not yet revealed any possible motive in the case.

Anyone who may have seen him is asked to contact police.