From home loans to paying off credit cards to paycheck growth, experts break down changes you'll likely see from the rate hike.
KGO
By David Louie 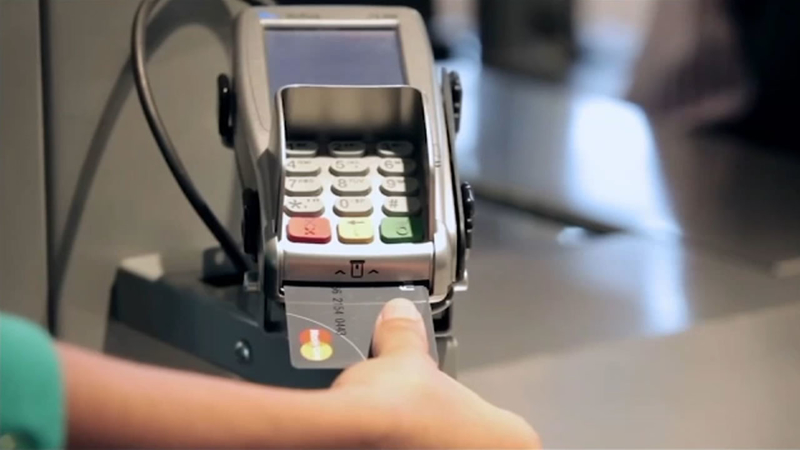 What the Fed's interest hike means for you

SAN FRANCISCO (KGO) -- After months of speculation, the Federal Reserve finally announced an interest rate hike in an effort to slow down the worst inflation in over 40 years.

On Wednesday, the Fed said it's raising its benchmark short-term interest rate a quarter of a percent. It also signaled there could be up to seven additional rate hikes this year.

The Fed's key rate has been near zero since the pandemic recession struck two years ago.

The rate hikes will eventually mean higher loan rates for many consumers and businesses.

VIDEO: Meat prices are still rising but you could be paying less for that steak soon
EMBED More News Videos

Why are meat prices so high? Buying steak, chicken and pork has gotten increasingly expensive over the past year but things might start getting cheaper real soon.

But for the average Bay Area resident, what does this mean for you? Here are a few ways this could impact your life:

Buying a house is going to get more expensive

The interest rate hike means that home loan rates will go up. That in turns means that new home buyers will have bigger monthly mortgage payments.

It may also become more difficult for buyers to qualify for loans.

"I think where It's going to probably affect most people is in the lower end of the market where people are just trying to get into a property," said Linda Baker of Milestone Realty in San Jose.

While some other parts of the country could see home prices dip as buyers get priced out of the market but the higher interest rates, the impact on the Bay Area is likely to be less.

Other loans will also get more expensive

Similar to home mortgages, taking out a loan for any big expense including a car will cost you more. It won't be impossible to get a loan, but it will just cost you more in the long run.

If you can lock in any purchase or loan at today's rates, that will protect you from future rate increases. The Fed indicated Wednesday that it is planning a series of six more interest rate increases in the months to come with a goal of reducing inflation to around four percent.

It could take you longer to pay off credit cards

The interest rates charged when you don't pay off your balance in full each month will go up after the Fed raised interest rates.

The increase trickles down to financial institutions who let you pay over time.

Because their cost will go up, so will yours. Why? Because the Fed wants you to slow down spending.

Getting consumers to defer or to suspend purchases will put pressure on retailers not to raise their prices or even to discount them in order to stimulate sales.

Your paycheck may not continue to grow

The Fed is trying to apply the brakes slowly so it doesn't trigger a recession when the economy contracts and unemployment rises. Both consumers and businesses are hurt by inflation.

"Both are struck by higher interest rates and the higher cost of borrowing, which acts to temper demand," said Dr. Venoo Kakar, associate professor of economics at San Francisco State University. "When consumers are demanding less goods and services, businesses are going to hire less workers, and this is going to slow wage growth."

Although, the Bay Area's tech industry remains one of the hottest and most competitive jobs markets in the country so this potential impact could also be blunted.

The goal of the interest hike is to slow down spending so that inflation also goes down. If it works, prices for items will eventually go down and since less people are spending money items that have been hard to get recently could be more readily available. There are still supply chain issues to sort out on that second point, but ultimately things should get cheaper.

Here's the Bay Area outlook as a record number of Americans quit or changed jobs in November.