Anderson Reservoir holds more water than the nine others owned by Valley Water District, so its storage and safety are important for two million customers in the Santa Clara Valley.

Plans have been underway for years to do a retrofit to prevent the dam from crumbling in the event of a major earthquake.

The Federal Energy Regulatory Commission has deemed the risk so high that it's requiring drainage of trillions of gallons of water to begin by Oct. 1.

"We want to make sure that that's done at a speed and the magnitude is done in a safe way so that it's not done too quickly and also to make sure that there's no concern about the additional water that would not be behind the dam moving forward," said Nina Hawk, Valley Water's chief operating officer for the water utility.

As you stand atop Anderson Dam, below are multi-million dollar homes in the City of Morgan Hill with many more homes under construction -- and those are not the only properties that would be at risk if there were a catastrophic event.

An animated video produced by Valley Water shows a worst case scenario if the dam were damaged by a major earthquake and if the area had torrential rainfall.

Engineers project downtown Morgan Hill would be under 35 feet of water.

A portion of San Jose suffered a catastrophic flood three years ago this month when Coyote Creek overflowed.

Cars were submerged and flood water forced residents to abandon their homes and apartments in the Rock Springs neighborhood.

John Varela is a Valley Water board member and the former mayor of Morgan Hill.

"The message that we received is really a positive message to kick start this project and move it forward," said Varela. "We're all about public safety, and this is what we want to do."

The projected cost runs over a half-billion dollars. 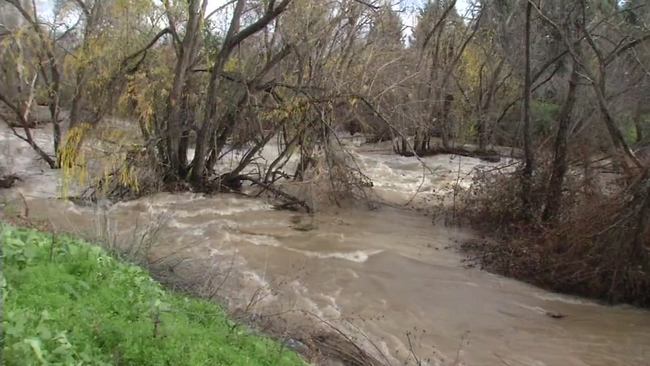