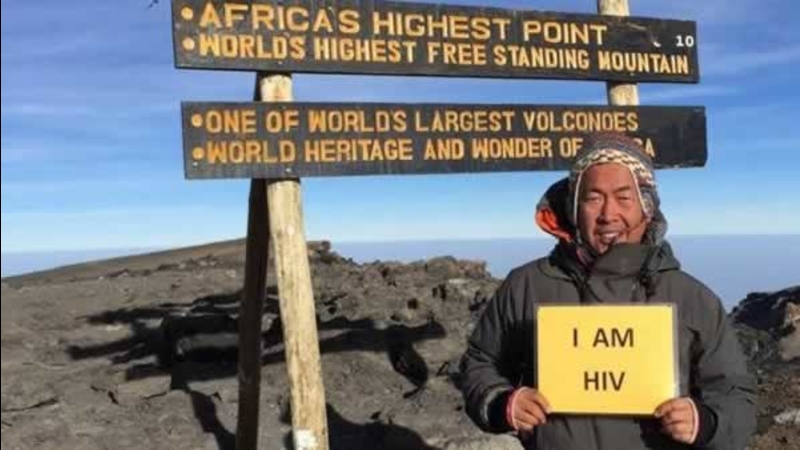 SAN FRANCISCO (KGO) -- A San Francisco man is on a mission to raise awareness about living with HIV. Ferdinand Garcia travels the world with a sign saying "I AM HIV" in the hope that people will ask questions and erase the stigma surrounding the virus.

"Different parts of the world have different ideas as far as what it means to be HIV positive," says Ferdinand. "For a lot of people, especially outside San Francisco, they think that if you're HIV positive, that you're dying and close to death."

He says many people, including some in the United States, are so afraid to get tested that they wait until it's too late -- because of that stigma, they can't save themselves. 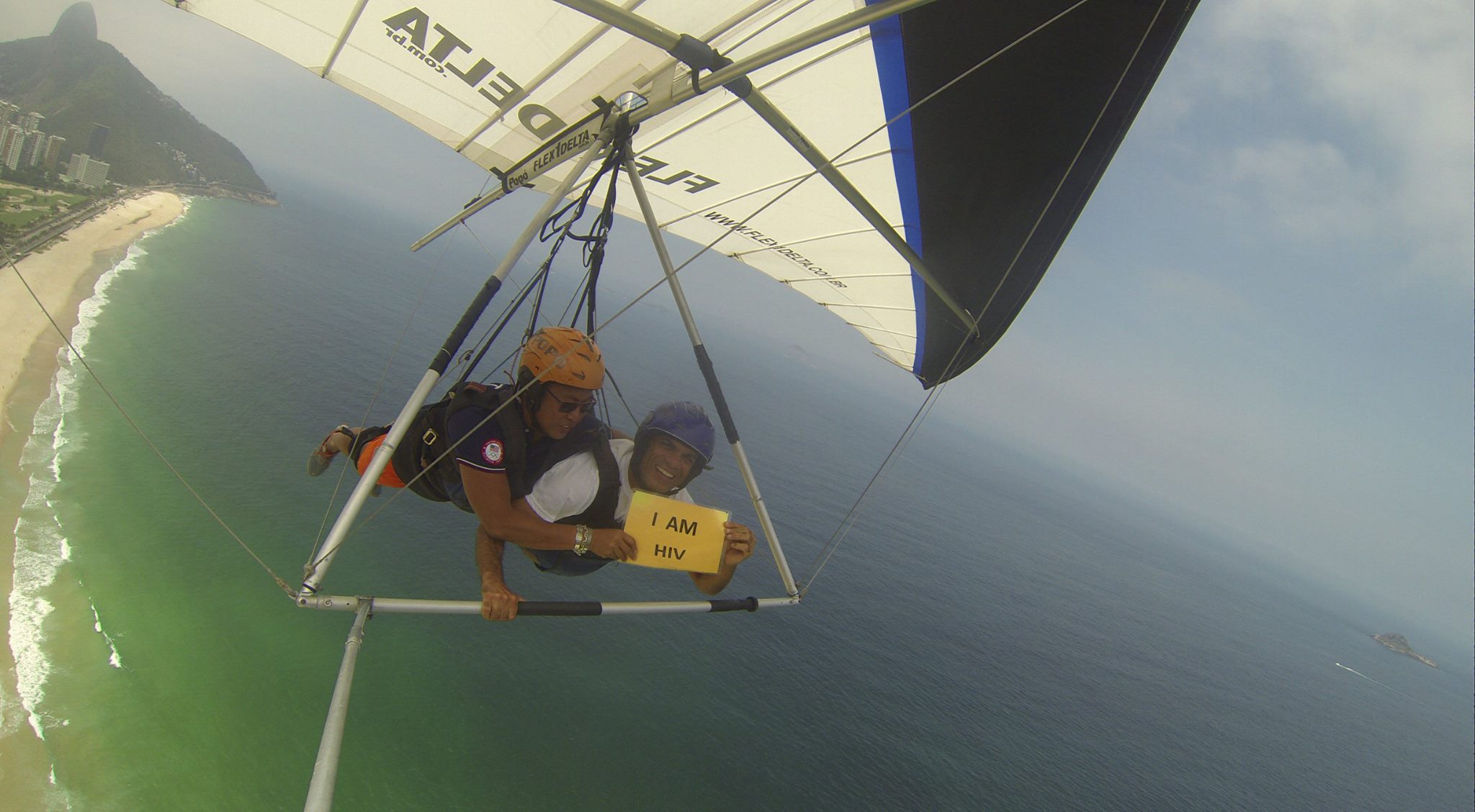 Ferdinand calls himself an "accidental activist." He says he didn't intend to become an activist, but after moving to the Bay Area 20 years ago, he became active in his community and started raising money and awareness for people living with HIV.

He found out he was positive nearly 15 years ago. "When I was first was diagnosed with HIV, I didn't think I would live five years. I lived five years," he says. "Actually, for my five-year anniversary, I did my one and only marathon. I flew to Florence to do the Florence Marathon."

Ferdinand been on many adventures since then with the group Out Adventures, which plans trips for the gay community. 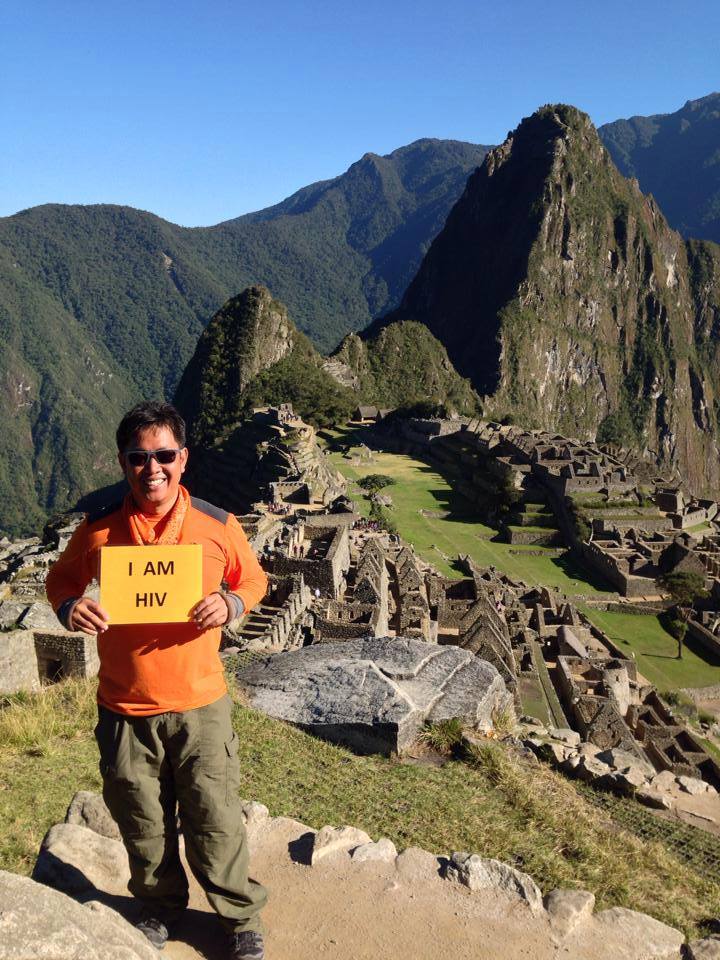 He commemorated his tenth year living with HIV by visiting Machu Picchu, conquering the Peruvian Andes. Ferdinand posed for a photo at Machu Picchu holding the sign, one of many he's taken and shared on social media.

"Just because you're HIV positive doesn't mean you can't do things like climbing a mountain," he says.

Ferdinand says he's chosen to do things that he was afraid of. He's traveled to Mexico to scuba dive (although he previously didn't know how to swim) and he's hang-glided off a 6,000-foot mountain in Brazil.

"A lot of the things that I've done are what you would call crazy things but again, they're also just bucket list items. I wanted to do things that I wanted to try, so I figured why not do those things and raise awareness at the same time," he says. 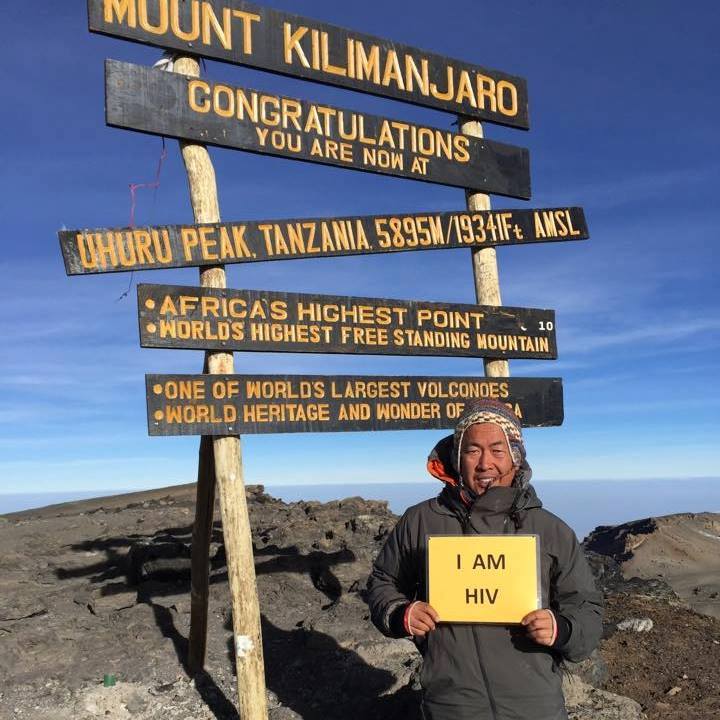 Ferdinand is in training to hike up to Everest Base Camp with Project Inform Inc. for the fifteenth anniversary of his diagnosis in November -- a total of 16,000 feet over 13 days.

He meets people along the way and says that their reactions to what he's doing have been mostly positive.

However, Ferdinand says he's been very careful as far as what situations he's put himself in. He says when he brings out the sign, he's always surrounded by friends. But he's been very fortunate.

"The most amazing response that I've gotten was, after summiting Kilimanjaro, a guide from a different group asked me if he could take a picture with me and my sign," he says. "And afterwards, he shakes my hand and he looks at me and he says, you know, 'Thank you so much for doing this. My sister died of...' and he just points at my sign. He couldn't even say, 'My sister died of HIV or AIDS.' He was so afraid to say it but at the same time, he was grateful that he saw someone with a sign that says I AM HIV."

Ferdinand lives his life to the fullest and is making a difference in his community in the Bay Area and all over the world.

"Ultimately the goal would be to be at a point where nobody would care if somebody had a sign that says I AM HIV, but I don't know if we're at that point yet," he says. "I think San Francisco is leading the way to help raise awareness and to help eliminate stigma. But we all must do our part as far as making sure that we don't treat people differently just because they're HIV positive." 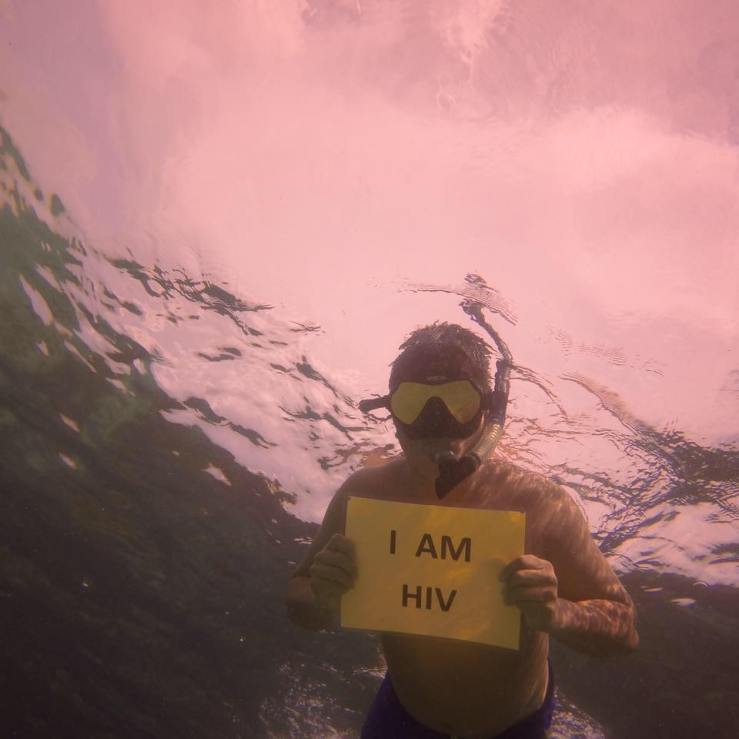 
Click here to support Ferdinand's efforts to raise money for Project Inform Inc., a nonprofit based in San Francisco.

Project Inform Inc. fights the HIV and Hepatitis C epidemics by assuring the development of effective treatments and a cure and by supporting individuals to make informed choices about their health.