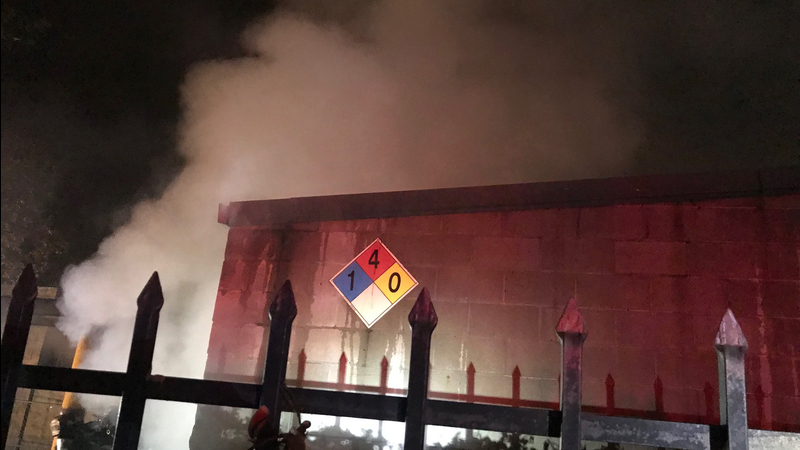 The fire was reported at 4:40 a.m. at 35 Hazel Ave, fire officials said. That address is the location of a Beltran Tires shop.

Redwood City police issued an alert asking people to avoid the nearby El Camino Real south of Woodside Road because of the fire.