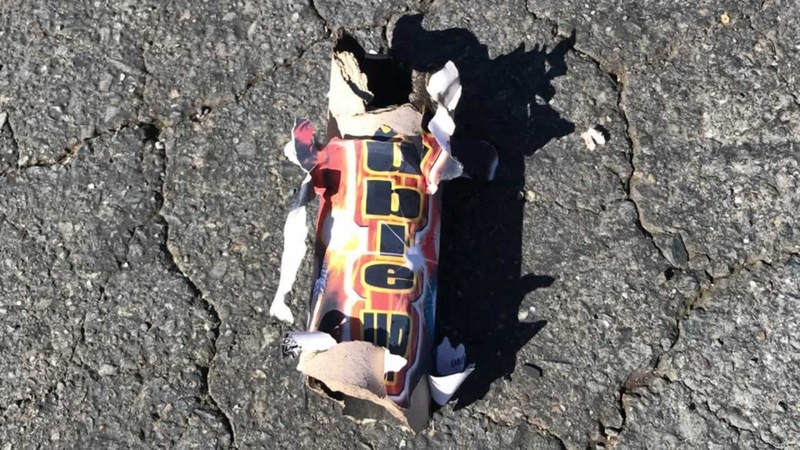 ANTIOCH, Calif. (KGO) -- A 33-year-old Antioch man suffered injuries to both hands after he found and then lit a firework.

He was rushed to the hospital, hoping that doctors can save both hands. It happened Thursday morning outside an auto repair shop in Antioch.

A worker, Juan Bravo, told investigators how he made a tourniquet to try to stop the bleeding after his brother-in-law was injured. A firework had gone off in his hands.

He and his brother-in-law, Francisco Javier Alfaro, work at Gumaro's Auto Repair in Antioch. They had just brought in this dumpster from outside when Alfaro found an abandoned firework.

The owner of the auto store said they made the discovery as they were putting trash inside the dumpster.

"He went outside and lit it up and I guess in the process of lighting it up, it went off in his hands," explained Gumaro Gomez, owner of the shop.

Bravo said he tried to discourage him from setting it off after he realized it had a short fuse.

"I said no, no don't fire it up, the fuse was too small. I was in the restroom and came out and it exploded in his hands," said Bravo.

Alfaro was immediately treated and transported to the hospital. The 33-year-old father of two had lost a lot of blood. The spent firework was found outside the shop.

Captain George Laing of the Contra Costa County Fire Protection District says the man's injuries were severe. He told ABC7 it's frustrating for them because this year the county increased its message about the dangers of fireworks.

All types of fireworks are illegal in Contra Costa County, even the Safe and Sane kind.

Lyanne Melendez will have more on this story starting at 5 p.m. on ABC7 News. You can follow her on Twitter here.

Unfortunate accident in Antioch as this man suffered major hand injuries after he found a large unlit firework and it exploded after he lit it. pic.twitter.com/ElC3cqRRt6