Police across the North Bay are begging drivers to obey road closures as another strong storm moves in Friday.

Flood water has made it too dangerous to drive down Rohnert Park Expressway, so it's closed at Rancho Verde Circle to Stony Point Road.

Police across the North Bay are begging drivers to obey road closures like this one. "We always see every year someone decides to drive through a flooded area and ends up getting stuck," Petaluma Police Department Acting Chief Tim Lyons said.

In Rohnert Park near Santa Alicia and Arlen Drive, part of a palm tree came down onto power lines knocking out power to nearly 2,000 people. "All the sudden there was a giant flash of blue light, we live in the back of the property and I came outside and found the fire department and asked what we should do and they said evacuate the premises immediately," Rohnert Park resident Jaymi Lucia said.

Officials are monitoring San Anselmo Creek all weekend for possible flooding, though there was no threat Thursday.

Nancy Lovely manages a cat boarding business on Miller Avenue in Mill Valley where high water has flooded businesses before. Lovely is ready with sandbags and a wooden flood barrier in case nearby Corte Madera Creek rises. "Previous flooding from years past so we wanted to be prepared just in case," Lovely said.

Mill Valley Fire Department Battalion Chief Michael St. John is monitoring Corte Madera Creek, which is now higher than four feet. Flood stage is six feet. Residents in low-lying areas have been advised that more rain is coming this weekend. "We will release reverse 911 notifications if we believe that we're getting close to flood warnings," he said.

"The streams of rising! Seems like they have it under control, now," Marin County resident Lenore Arnoux said.

San Anselmo Creek is running fast, but well within its banks, but that doesn't mean is not an anxious time. "Obviously, the rain is a blessing, we need, but maybe but not all at once," San Anselmo resident Stefanie Michejda said.

Chelsea van Midde works at Body Time where sandbags are standing by out front. She knows what to do if flooding ever happens, she'll put up a flood barrier across the door. "Sit and wait hope for the best. Grateful for the rain, but hoping it doesn't flood," van Midde said.

Three schools in Sonoma County say they will close Friday due to rain and flooding. Schools include Guerneville School in Guerneville, Harmony Elementary School and the Salmon Creek Charter School in Occidental.

Lake County officials are reporting some positive news in the wake of the storms. So far, there's no significant damage in the burn areas from last summer's Valley, Rocky and Jerusalem wildfires.

County officials credit that news to public works crews, who prepared the areas ahead of time by clearing brush and debris out of streams and creeks as well as sandbagging high-risk mudslide areas.

In Pacifica, the storms are forcing another setback in the planned demolition of an apartment building.

Demolition at the building on Esplanade Avenue is now tentatively scheduled to begin Friday morning. But, city representatives say it's likely they could have to wait until next week, since more rain is moving in.

The city ordered the building to be torn down after cliff erosion threatened to send it crumbling to the beach below.

The storm has been pounding the North Bay and the result has damaged one Kmart store. An awning has collapsed and now, building inspectors are on the scene. No one was injured.

The rain delivered as expected Thursday morning, a heavy relentless soaking in the North Bay, creating a slow and soggy commute. It was too much for the roof at the Santa Rosa Kmart to handle. It collapsed around 7:30 a.m., surprising firefighters when they arrived on scene.

"We don't see structures fail like this very often, but this is an older building. With older buildings, hidden leaks, you can have dry rot and other things weakening a structure and until a storm or a load comes in that's going to show the weakness. And apparently that's what happened so there's ongoing investigation by official why this happened," said Santa Rosa Fire Department Capt. Greg McCollum.

Kmart employees were not too surprised. They say the canopy section over the walkway was already starting to sag, so they built a fence around it so no one would walk underneath it.

"We're hoping it wasn't going to come down but that's why we took the precaution make sure as safe as we could make it," said Mike Shaffer a Kmart employee.

The inside of the store is OK. This all happened outside, but they have roped off a section of shopping while the building inspector takes a closer look. "We are open for business and we're making it as safe as possible for them," Shaffer said.

Firefighters said it's was a busy morning and they've received a lot of calls, but they expect to busier Friday. 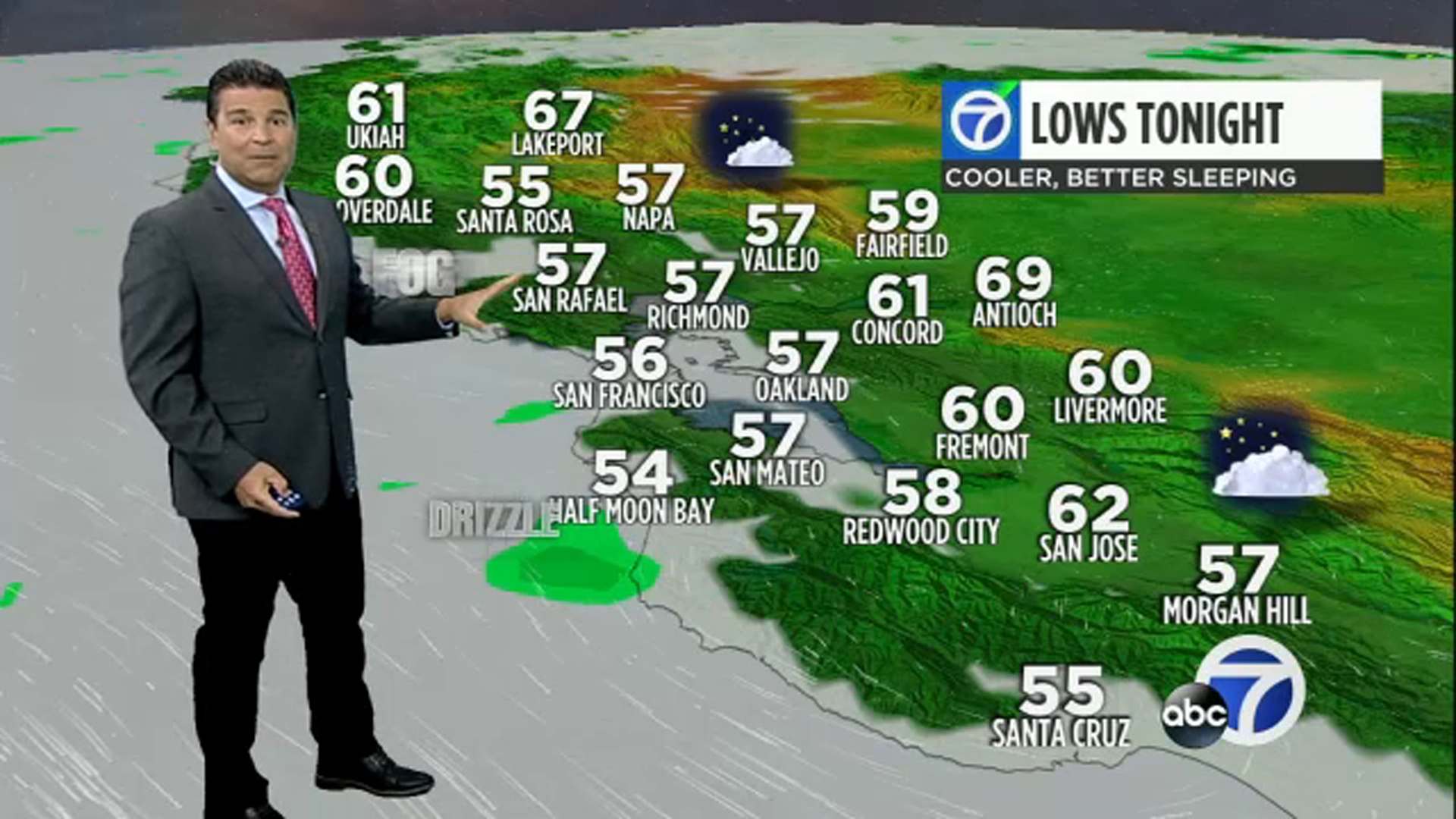 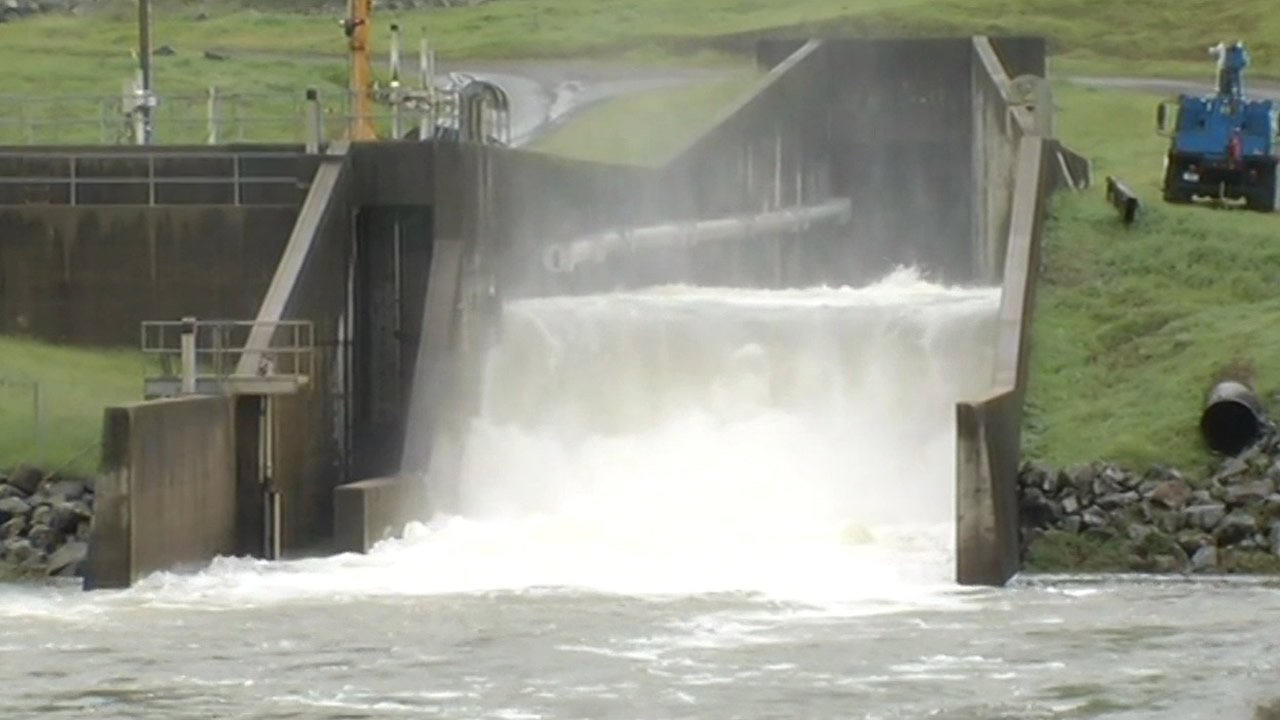 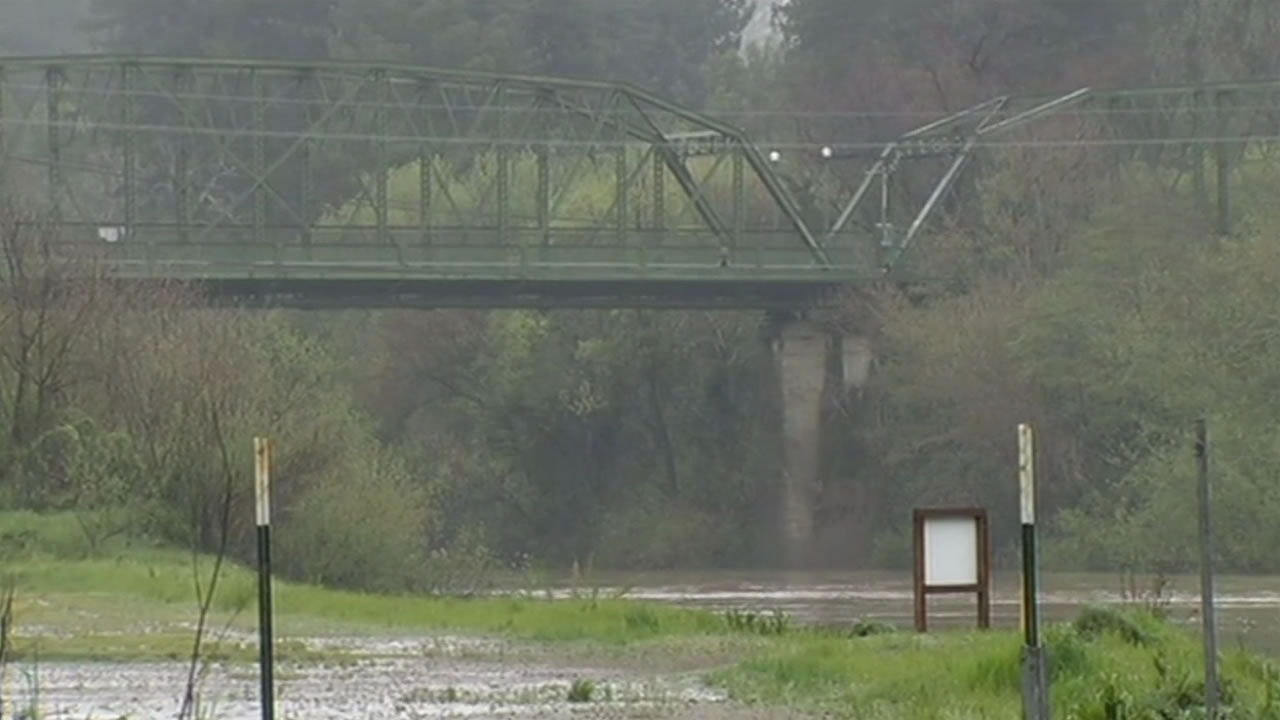 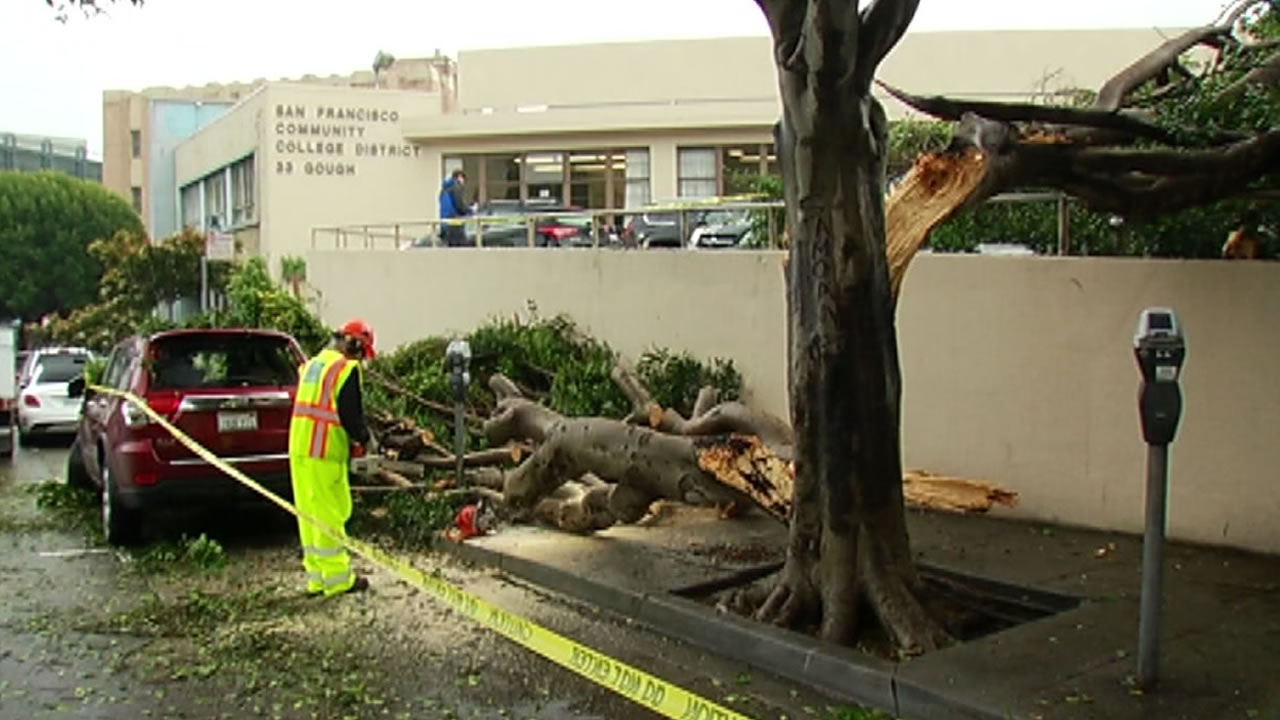 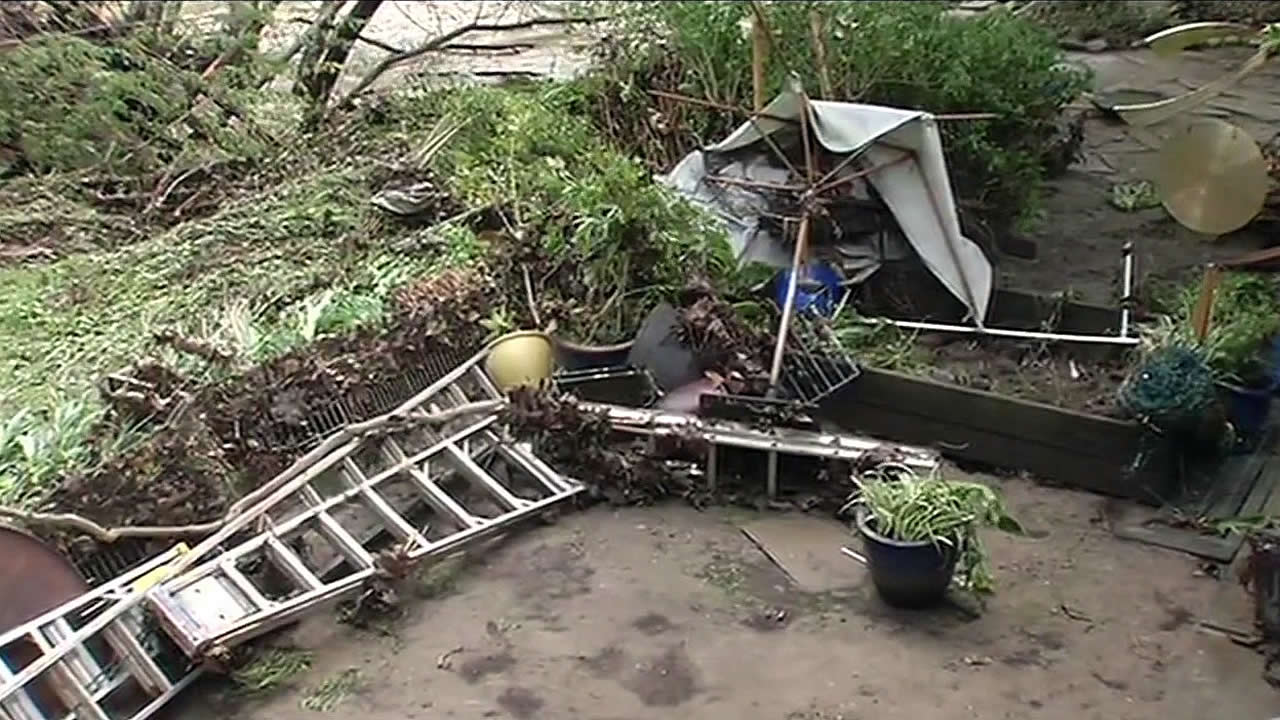