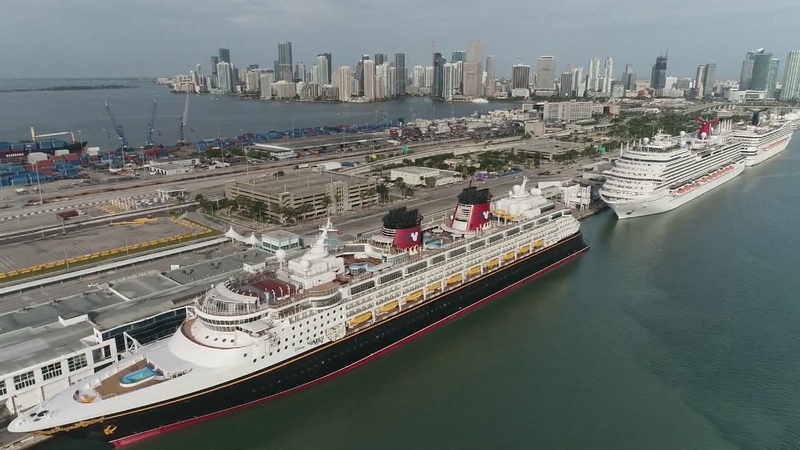 ST. PETERSBURG, Fla. -- A federal judge ruled in favor of Florida in a lawsuit against the Centers for Disease Control and Prevention, saying the agency overstepped its authority.

Judge Steven Merryday said the CDC is "preliminarily enjoined" from enforcing its conditional sail order -- a set of guidelines for cruise companies wishing to resume sailing in the U.S., including test cruises and vaccine requirements -- beginning July 18.

"This order finds that Florida is highly likely to prevail on the merits of the claim that CDC's conditional sailing order and the implementing orders exceed the authority delegated to CDC," the ruling said.

Merryday said the CDC has until July 2 to propose new guidelines for cruises "both permitting cruise ships to sail timely and remaining within CDC's authority."

Two passengers sharing the same stateroom on board the first North American cruise since 2020 tested positive for COVID-19 on Thursday. All crew and adult passengers on board the Celebrity Millennium had to show proof that they were fully vaccinated.

"Florida establishes a strong likelihood that many or almost all cruise ships will remain unable to sail for the entire summer season. And each day the cruise industry faces uncertainty about when cruises can resume, Florida not only suffers a concrete economic injury resulting from reduced revenue and increased unemployment spending, but Florida faces an increasingly threatening and imminent prospect that the cruise industry will depart the state," the ruling said.

The lawsuit began when Gov. Ron DeSantis sued the agency in April in an attempt to resume cruising, a big business in Florida, where many cruise lines are based.

"The CDC has been wrong all along, and they knew it," DeSantis said in a statement. "Today, we are securing this victory for Florida families, for the cruise industry, and for every state that wants to preserve its rights in the face of unprecedented federal overreach."

Cruising with more than 250 people has been prohibited in U.S. waters since March 2020. The first cruise ship set to sail from U.S. waters since then is the Celebrity Edge, which is scheduled to depart from Florida on June 26.