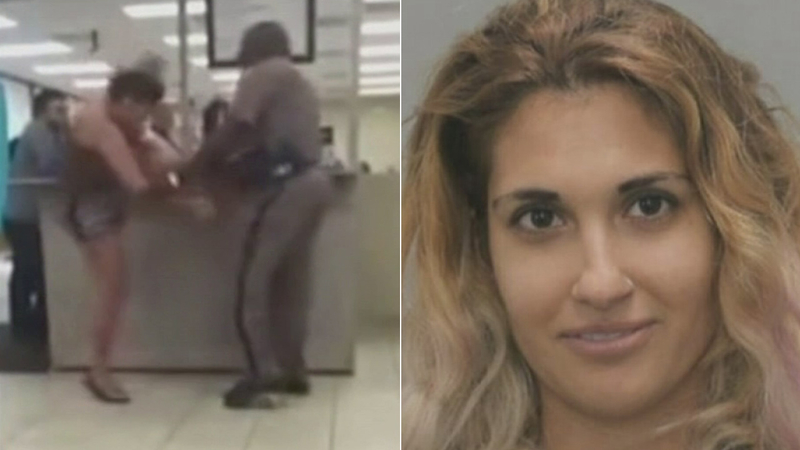 DEERFIELD BEACH, Fla. -- A woman's wild and violent confrontation at a south Florida Department of Motor Vehicles office was all caught on video.

It all started when the woman, identified as 31-year-old Eleanore Stern, apparently got into an argument with DMV examiners. Officers were called to the scene.

When a Florida Highway Patrol trooper approached Stern, she started kicking him. That's when the trooper threw her to the floor and ended up falling with her.

The trooper tried to escort Stern to a back room, but she continued to fight back, cursing and screaming along the way.