Adventurous diners enjoy gourmet food down on the farm 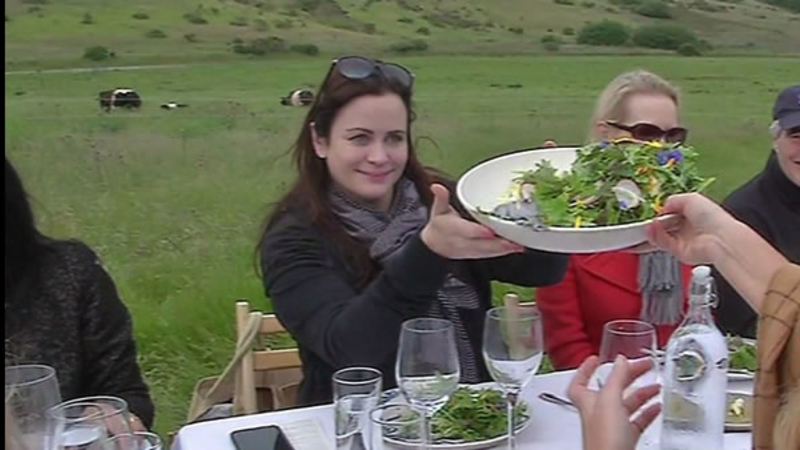 Adventurous diners enjoy gourmet food down on the farm

PESCADERO, Calif. (KGO) -- At most restaurants the food comes to you, but a growing number of people are doing the opposite -- going to the food. Adventurous diners are trekking long distances and paying big money to eat a meal at the farm where their food was grown.

Chef Jim Denevan dreamed up the idea of serving high-end meals at farms 16 years ago. He named it "Outstanding in the Field" and has now hosted more than 700 events. The first dinners were in the Bay Area, but his team now travels all over the country, featuring a wide range of chefs. 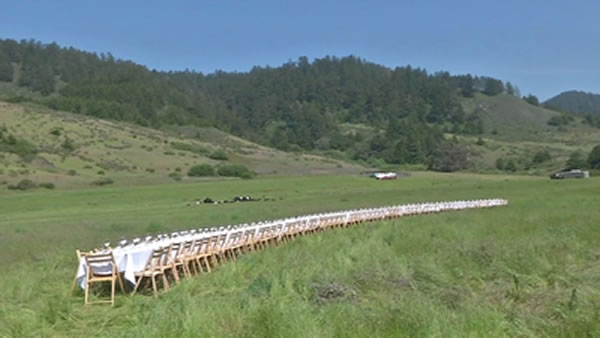 Denevan says people are eager to know more about where their food comes from and who raised it. His dinners give people a chance to see it all first hand.

ABC7 News went to Pescadero in San Mateo County for the first "Outstanding in the Field" dinner of the 2015 season.

The dinner was at Markegard Ranch. The kitchen team arrived early in the morning and put up a temporary kitchen in the middle of a cattle field. Some of the food is prepared in advance, but most of it is cooked out in the open and served just a few feet away. 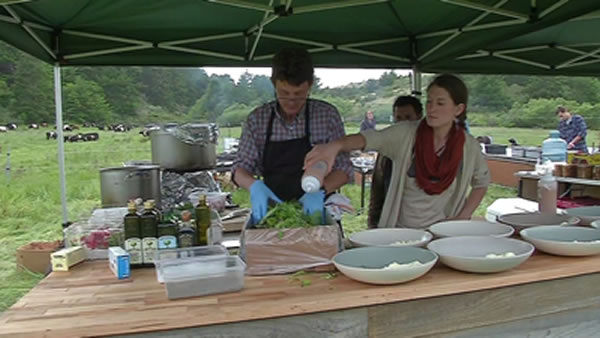 Beth Fowler drove down from San Francisco to eat her birthday dinner on the ranch. "I just thought it would be such a magical moment experience, so I got my best girls and now we are here!"

The chefs' challenge is to use only locally grown ingredients. Meals are served family style at one long table, elegantly set with cattle grazing nearby. The dinners are both popular and pricey -- about $200 dollars a person, including wine and tip. 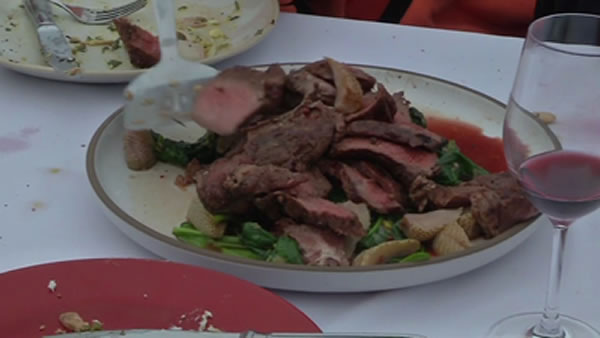 Some customers, lovingly called "Field Heads," actually follow the team around the country.

Francey Grund flew in from Los Angeles. She guesses she's been to 16 dinners and gotten to know the staff and other regular customers. "It's led to these lasting friendships and made my world a lot smaller and a lot more special," she said.

Diane Terry came all the way from Connecticut for this meal at a Pescadero ranch. "I'm really drawn to being outdoors and celebrating with fabulous food and great wine and new people."

Another draw is the chance to meet the local farmers and ranchers. The dinner always includes a tour with a lot of discussion about producing food that's good for people and the planet. 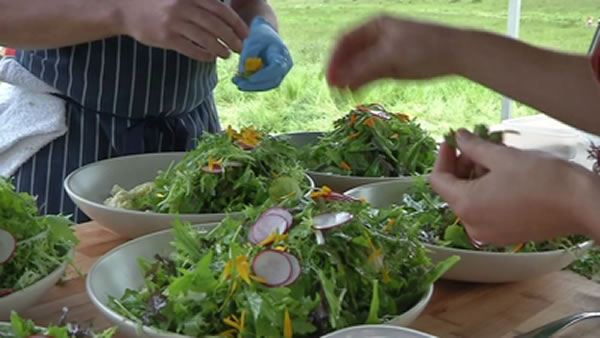 Rancher Doniga Markegard says she tries to get people really think about their food. "Is it raised in a way that the animals are treated humanely, the land is treated with respect, and the people working with the land, are they also treated fairly? "

The Markegards specialize in grass-fed animals and diners we talked to were impressed. Beth Allen loved the grass fed beef. "It definitely tastes different. And now, kind of seeing the cows run around, you understand why," he said.

There are a number of Bay Area chefs offering farm dinners with prices that go from $50 to more than $200. Here is a list of some resources to help you find them. If you know of others we should add, please let us know!

Outstanding in the Field