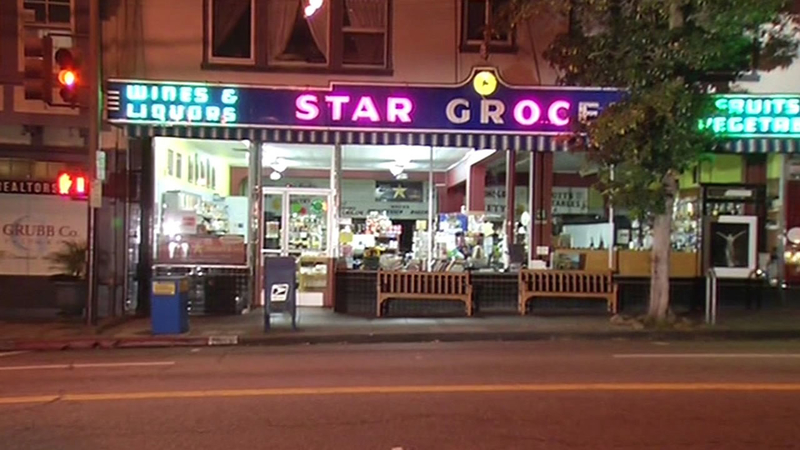 BERKELEY, Calif. (KGO) -- The FBI is now on the case after a grocery store in Berkeley was vandalized. A single, animal rights extremist is taking responsibility for vandalizing the Star Grocery store. They say they have targeted other stores in the past that sell meat products.

Store owner Nick Pappas says he is more shocked than anything. He has owned Star Grocery since 1972.

Someone calling themselves "Veganarchist Lone Wolf" took the credit for the damage on the website Bite Back -- belonging to a Florida-based animal-rights group. They posted, "Cage free, organic, murder is murder and death is death."

Pappas said, "We don't understand that whole logic that no one should eat meat... is basically their position, no one should kill animals at all, so that's extremism."

Pappas doesn't know why he was targeted. The FBI is investigating the attack and has interviewed store employees. The meat market is actually a separate business. Workers there say they have nothing to hide.

Star Meats employee Simon Gertler says, "We sell good meat that comes from happy animals, so it's still meat, but I see no reason why we should be targeted."

"I think it's absurd," customer Lindsay Johnson said. She thinks the vandalism is misguided. "I'm a vegetarian myself and I have a lot of compassion for animals, but that doesn't mean I feel the need to take out my anger out on local businesses."

Pappas said, "If it happens again, then we'll start getting really mad."