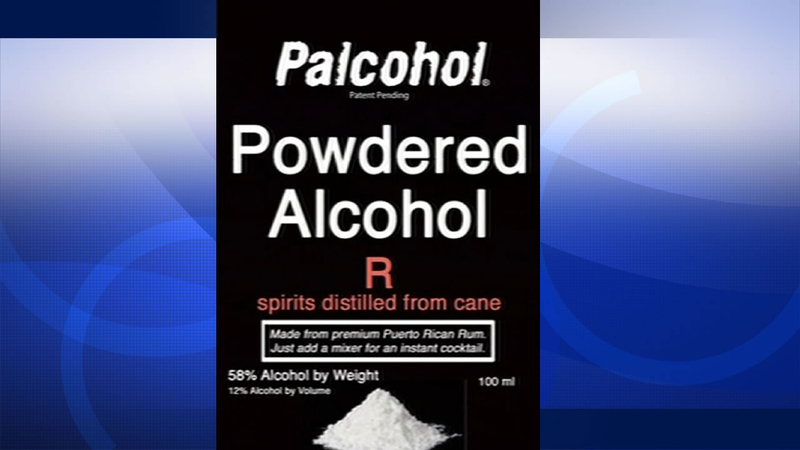 A new alcoholic product could be here in California come summertime. It's called "Palcohol" and it's designed for backpackers and hikers. It's a powder that just needs some water to turn it into an alcoholic drink, but it has some people very concerned.

The Federal Government has approved a powdered form of alcohol, which quickly raised concerns among parents and teachers ABC7 News spoke with.

"It's easier for these kids to sneak into these games to have their desired effect," Berkeley High School Assistant Athletic Director Andy Waranoff said.

The powdered rum, vodka and cocktails will only be sold at licensed establishments to people 21 and older. But some fear minors will gain access to it, conceal it at school functions, and mix it with bottled water. The big concern is that the powdered alcohol can be easily abused.

"It could be abused by adding too much. By not adding the recommended amount of liquid they ask for," Build bartender Giovanni Guzman said.

Shannon Norrell of Los Gatos said what first comes to mind is how kids might snort the powder.

The founder of Palcohol, Mark Phillips, was unavailable for an interview. Instead, he released a YouTube video calling the concerns "unfounded speculation," especially the fear that kids would snort Palcohol.

"Why would anyone choose to spend an hour of pain and misery snorting all of this powder to get one drink in their system?" Phillips says in the video.

Several states have already adopted pre-emptive bans on Palcohol. California has not, so it could see the new product by the beginning of this summer.