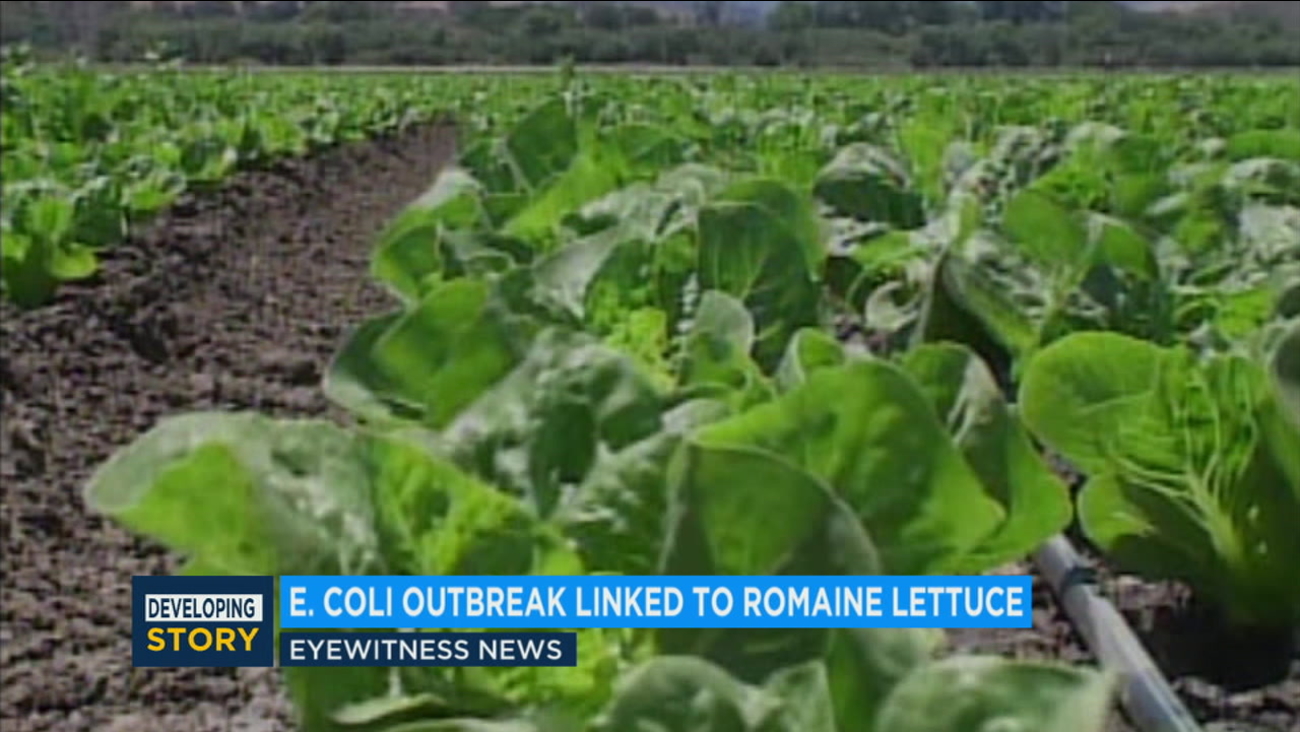 Investigators are still determining the exact origin of the lettuce which has led to at least 32 cases of E. coli illness across 11 states.

E. COLI OUTBREAK 2018: Symptoms, prevention and other things to know

But a federal Food and Drug Administration official told Eyewitness News that based in part of where the majority of illnesses have been reported, it seems California is the likely origin.

Earlier reports had said the tainted lettuce likely came from Arizona. But the majority of romaine lettuce available on store shelves this time of year is grown in California, experts says.

CLICK HERE for more on the outbreak from the CDC.

Of the 32 cases, 10 were based in California - nine of them in Los Angeles County. The cases of infection with the outbreak strain of Shiga toxin-producing E. coli were reported between Oct. 8 and Oct. 31.

Thirteen people were hospitalized, including one person who developed a type of kidney failure.

No deaths have been reported.

Restaurants and retailers have been advised to not serve any romaine lettuce and remove all existing product from store shelves. Anyone with lettuce at home should throw it away and wash and sanitize drawers and shelves in refrigerators where it was stored.