No, LaCroix Isn't Poisoning You Like You're A Giant Cockroach 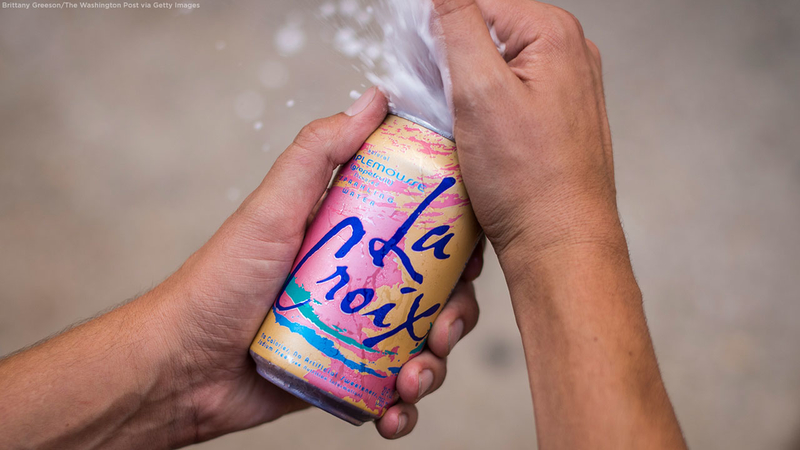 This story originally appears on FiveThirtyEight and is reprinted with permission.

Two weeks ago, a hullabaloo broke out over a lawsuit alleging that canned seltzer from LaCroix contains an ingredient found in "cockroach insecticide." Suddenly, the canned water with the cult-like following didn't sound so appetizing. But there was never any bug killer in the seltzer. Instead, the incident highlights an uncomfortable truth: Food and beverage production is essentially chemistry. Any discomfort we feel about that fact isn't based on science.

LaCroix has drawn fans with its claims to be "natural" and free of many things found in other sodas and bottled waters -- sugar, calories, artificial sweeteners and artificial flavors. But a new lawsuit filed by the law firm Beaumont Costales contends that LaCroix includes "synthetic" ingredients, including limonene, which the lawsuit claims "can cause kidney toxicity and tumors," as well as "linalool propionate, which is used to treat cancer; and linalool, which is used in cockroach insecticide."

It sounds like scary stuff. But even if the chemicals are in the water, raising the alarm about them is a little bit like warning about the dangers of dihydrogen monoxide -- a substance that's a major component of acid rain, that is known to corrode and oxidize metals and that can be fatal if inhaled. It is also better known by its common name, water.

Similarly, limonene, linalool propionate and linalool are common plant chemicals and far less nefarious than they might seem from the lawsuit's description, said Gary Reineccius, a flavor chemist at the University of Minnesota. Linalool, for instance, is found in many fruits. "It's a key to blueberry. If blueberry didn't have it, it would taste totally different," Reineccius said. It's true that linalool is sometimes used in products that help control cockroaches, but implying that linalool is insecticide is like saying that citric acid (the thing that makes lemons tart) is a kind of paint remover simply because you found it on an ingredient list at your hardware store. Limonene is another naturally occurring plant compound (also found in some prized cannabis strains), and linalool propionate is found in ginger, as well as lavender and sage oils.

The lawsuit claims that these ingredients have been listed by the Food and Drug Administration as synthetic, but that's misleading. It's true that these three ingredients appear on FDA lists of synthetic flavorings, but that's just because they can also be synthesized in a lab. When they're made that way, the FDA calls them "artificial" flavoring, and when they are extracted from a plant or animal they're considered "natural," though the FDA does not verify that labels of food products are accurate. So what's really at issue here is not what ingredients are in LaCroix but how these ingredients were produced. In response to our questions, LaCroix's parent company, National Beverage Corp., pointed us to a press release that insists that "natural flavors in LaCroix are derived from the natural essence oils from the named fruit used in each of the flavors."

"There's really no difference" between chemicals synthesized in a lab and the same chemicals extracted from plants, Reineccius said. "From a scientific standpoint, they are exactly the same. There is no risk from one versus the other." The major difference, he said, is that they cost a lot more to derive from plants than to make in the lab. "It's exactly the same chemical, but you're going to pay three to five times more for the natural one. The customer pays through the nose, it's foolishness."

Although the FDA defines what a "natural" flavor is, it doesn't currently have any official definitions for what "natural" means when applied to a whole product. FDA press officer Deborah Kotz said the agency would expect the term "natural" to mean that nothing artificial or synthetic had been added. The FDA recently called for public comment on the use of term "natural" for describing food products, Kotz said, and the agency is currently reviewing these comments to determine whether and how to define "natural" products.

The lawsuit highlights the disjunction between the things a food or beverage producer might call "natural" flavor under the FDA's rules and the common understanding of what "natural" means, said flavor historian Nadia Berenstein. "The idea of 'natural' is radically undefined," she says, but from a cultural standpoint, the word tends to evoke a mystique of pureness or wholesomeness. She said the relative naturalness of various foods started to become important to consumers when food production became industrialized, which made it difficult for people to know what had happened to their food between the farm and the grocery store. Justifiably or not, the term "natural" may give consumers a reassuring sense of purity and a belief that the product is free from adulteration.

But the ingredients and techniques you use to whip up a pleasant "natural" product in your kitchen might not be well-suited for commercial production. If you're at home and want to make a fizzy, fruity drink, you might squeeze a little grapefruit juice into some sparkling water. But a drink that's being commercially sold has to do many things a homemade drink doesn't. "It has to be relatively uniform, it has to be shelf stable, it has to conform to safety regulations," Berenstein said. The squirt of juice might perk up a glass of seltzer at home, but when the beverage is produced on a industrial scale, the juice could be subject to issues like sedimentation and oxidation that make the end product less appealing.

And so food chemists use their tools to create products that taste good when they reach your table. When you read the phrase "natural flavor" on a label, you might assume that, say, a coconut beverage contains some extract of coconut, but in fact some coconut flavoring is actually derived from castor oil. "It makes a beautiful coconut flavor, and it's perfectly safe and wholesome," Reineccius said. "You can label it 'all-natural,' but it's not from coconut." To food chemists like Reineccius, that's a shining example of science at work. Some companies are trying to boost their sales by closing the gap between what the word "natural" can legally cover and what their customers generally understand it to mean. A LaCroix competitor, Spindrift, aims to capture consumers turned off by flavors created in the lab, natural or not. The company's sparkling waters are made with fruit and no other flavoring.

The great irony here is that, as food scientist Sarah Taber pointed out on Twitter, the whole reason that bug killers might contain things like linalool in the first place is because "makers realized people don't want to spray 'chemicals' in their house to get rid of bugs, and preferred natural plant-based repellents." Turns out, there's no way around it: All the products we buy contain chemicals.

CORRECTION (Oct. 16, 2018, 5:55 p.m.): A previous version of this story incorrectly said that some coconut flavoring is distilled from castor oil. It is derived from the fermentation of castor oil.