WHO: Processed meats like bacon raise risk of cancer 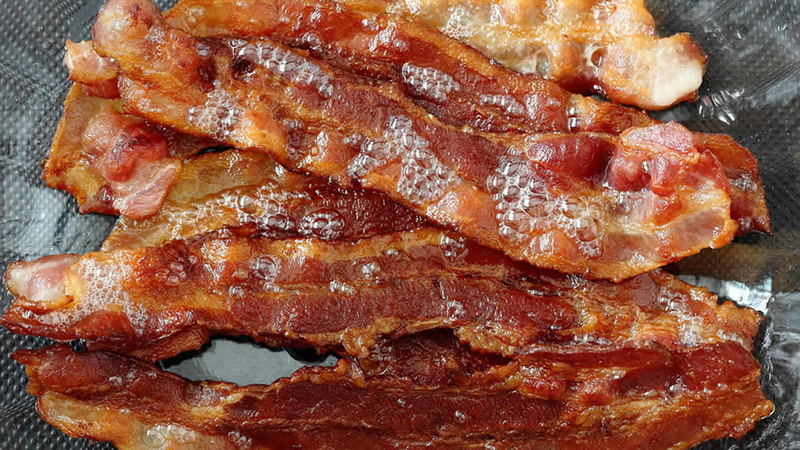 WHO: Processed meats like bacon, hot dogs cause cancer

SAN FRANCISCO (KGO) -- The sizzle of bacon may not seem so appetizing after a new warning by the World Health Organization. On Monday, they announced that hot dogs, bacon, cold cuts and other processed meats raise the risk of colon, stomach and other cancers, and red meat probably contributes to the disease, too. The conclusion is based on an analysis of decades of research. That puts processed meats in the same danger category as smoking or asbestos. The meat industry argues that cancer isn't caused by a specific food but also involves lifestyle and environmental factors.

In San Francisco's North Beach there is no shortage of cured meats. Earlier Monday, ABC7 News found lots of bacon lovers in Haight Ashbury. The good news for them is that doctors say the report doesn't mean you have to ban bacon from your diet.

From its sizzle to its smell, it seems many relationships have unfolded over bacon

"It's a versatile ingredient," said Bacon Bacon owner Jim Angelus. "It's breakfast, it's lunch, it's dinner."

And at Bacon Bacon, the star ingredient is in just about every dish, including the almost veggie sandwich.

"It's not quite vegetarian," said Angelus.

Now The World Health Organization is linking bacon and other processed meats like sausage to cancer. The group says processed meats are carcinogenic on the basis of evidence for colorectal cancer and higher instances of stomach cancer.

"So basically everything I love is pinged," said bacon eater Chris Boulanger.

"I'm not quite sure I'm ready to give up the bacon sandwiches and breakfast burrito," he said.

He might not have to, according to ABC News Chief Health & Medical Editor Dr. Richard Besser.

"It's not that you can't have any," he said. "But you want to reduce the amount of processed meat that you're taking in. Go with broiling, with baking, those things will not release some of the chemicals.

The World Health Organization has also come out and said red meat carries a slightly lower risk but is probably still carcinogenic.

"I think there's always going to be a report that finds something in our lifestyles that aren't healthy and then we just make our own decisions," said Angelus.