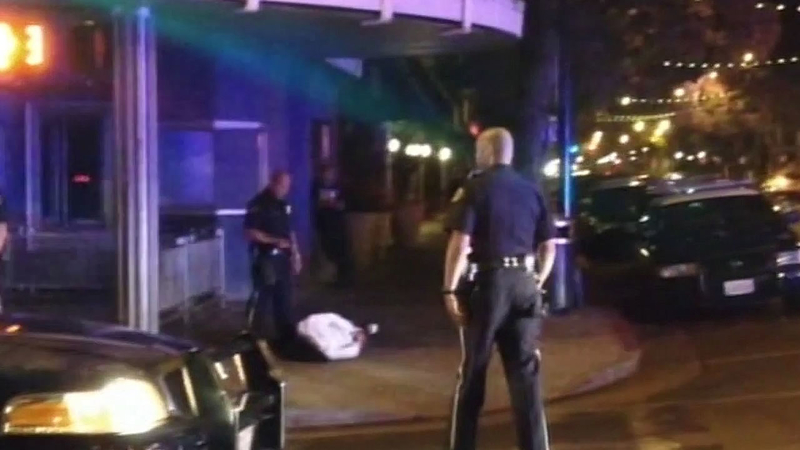 SAN JOSE, Calif. (KGO) -- A Southern California man at the center of a brutal beating caught on video is demanding answers from the San Jose Police Department. Nate Howard claims police used excessive force and spoke to ABC7 News about his ordeal.

Howard says he wants a formal police investigation after the incident that took place outside a venue on the corner of East San Salvador and South First Street on May 24.

Howard is a 23-year-old motivational speaker in Southern California who teaches high school students to write and perform poetry. In May, he gave a commencement speech at San Jose State University, but what happened following an after party was captured on a cellphone.

The video shows San Jose police and a group of African-Americans, many of them college students. Police beat Howard with a baton and threw him on the ground, where he's handcuffed and taken into custody.

He spoke to ABC7 News via Skype from San Diego. He says he did nothing wrong and was only questioning police actions against a friend.

Howard said, "It happened so fast, I was in complete shock."

The Lawyers Committee For Civil Rights calls the police actions over the top and have filed a conduct complaint against San Jose police.

Joanna Cuevas Ingram from Lawyers Committee For Civil Rights said, "Excessive force was implemented. It was unwarranted because he posed no danger, no threat to public safety."

Independent police auditor Judge LaDoris Cordell (Ret.) said, "We determine if their investigation was thorough, fair and objective. If their analysis was objective. If we disagree with how they've handled it, if we think they're too biased in favor of officers, we send it back."

Howard believes he was racially profiled and wants answers.

Howard said, "I'm more motivated to try to come to an understanding of how the police enforcement is conducting their arrests."