The fire was first reported around 11:20 p.m. Monday at a two-story house under construction in the 6800 block of Snake Road.

"We had the threat of the embers spreading, it looked like it was raining fire," Torres said.

About 70 residents had to be evacuated while crews battled the blaze, according to Torres. He said the fire was under control by about 4 a.m. Tuesday.

No one was injured in the fire, which remains under investigation.

Torres said crews remain on scene this morning to investigate and to look for any hot spots.

Some neighbors tweeted their experiences.

One user took video of fire officials preparing a drone to inspect the fire:

This terrifying image shows flames shooting out of a home nearby: 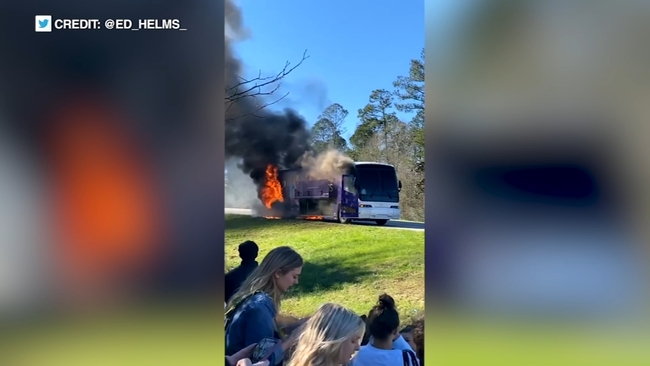 Charter bus bursts into flames in Miss. as college students scramble to safety