4th of July 2019: Best and worst places to celebrate, according to WalletHub 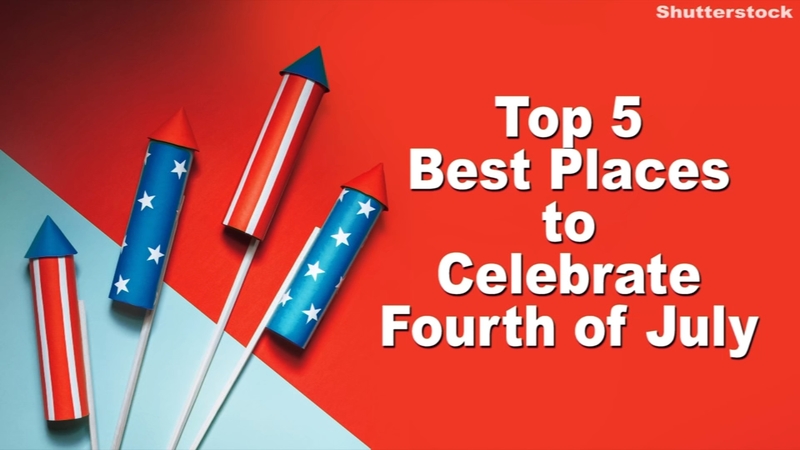 See the best, worst places to celebrate 4th of July

Light up the grill and get out the fireworks because the Fourth of July is almost here - and a new report lists where to find some of the best celebrations in the country!

In just a few days, people across the country will be celebrating the nation's 243 years of independence but, according to WalletHub, some places will be more festive than others. Researchers at the personal finance site compared 100 of America's biggest cities across 20 key metrics, ranging from the legality of fireworks to average beer and wine prices, to determine which cities were the best and the worst places to celebrate the Fourth this year.

New York took the top spot on the list and is 2019's best place to celebrate the Fourth of July. The report also found New York to have the fewest DUI-related fatalities per capita, but that may have something to do with the fact that the city also has the second highest average beer and wine prices.

The second place spot went to Los Angeles, the city with the second-fewest DUI-related fatalities per capita, followed by San Diego. Washington, D.C. came in fourth and is also predicted to have the fourth best Fourth of July weather forecast. Las Vegas ranked fifth and was named the city with the cheapest three-star hotels.

The report named Chicago the eighth best place to celebrate Independence Day this year! The Windy City also ranked second in the "Attractions and Activities" category.

So which city landed at the bottom of the list? According to WalletHub, San Bernardino is the worst place to celebrate July 4th. Luckily, residents of this Southern California city can head just 60 miles west to join in on LA's top-ranked festivities.