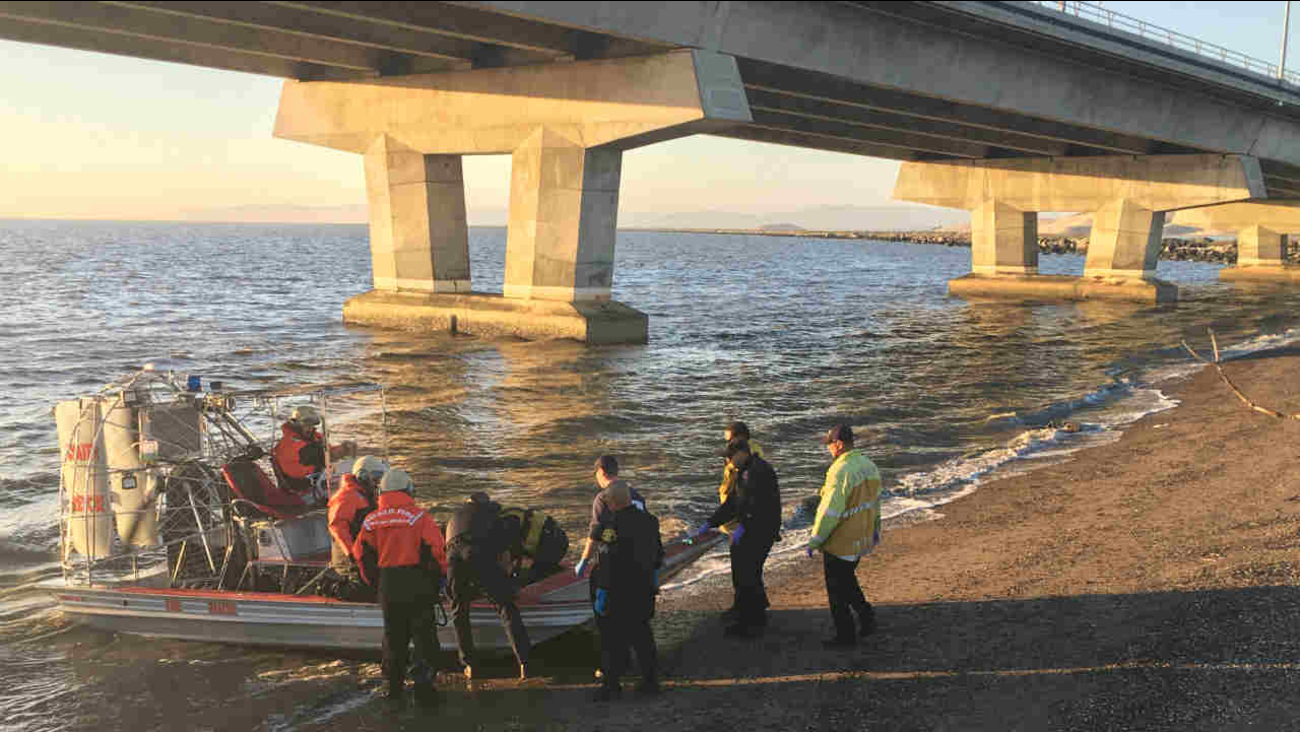 Emergency officials are seen recovering a body in Fremont, Calif. on Friday, May 11, 2018. (KGO-TV)

FREMONT, Calif. -- A decomposing body was found Friday in the marshlands in Fremont, police said.

Officers got a call at 4 p.m. on Friday from a person walking on some trails in the marshlands near 1 Marshlands Road and near the Dumbarton Bridge, police spokeswoman Geneva Bosques said.

The body was seen in some mud and may have washed up there.

An airboat crew from the Menlo Park Fire Protection District was called in to assist the Alameda County coroner's bureau and Fremont firefighters with a respectful recovery of the victim.

Firefighters found the body in the shallow mud flats along the rock levee northeast of the Dumbarton Bridge near Coyote Hills Park in Fremont, Menlo Park fire officials said.

The coroner has not identified the person yet so their name was not available.