Fremont man arrested for allegedly killing 11 cows, burying them on his property 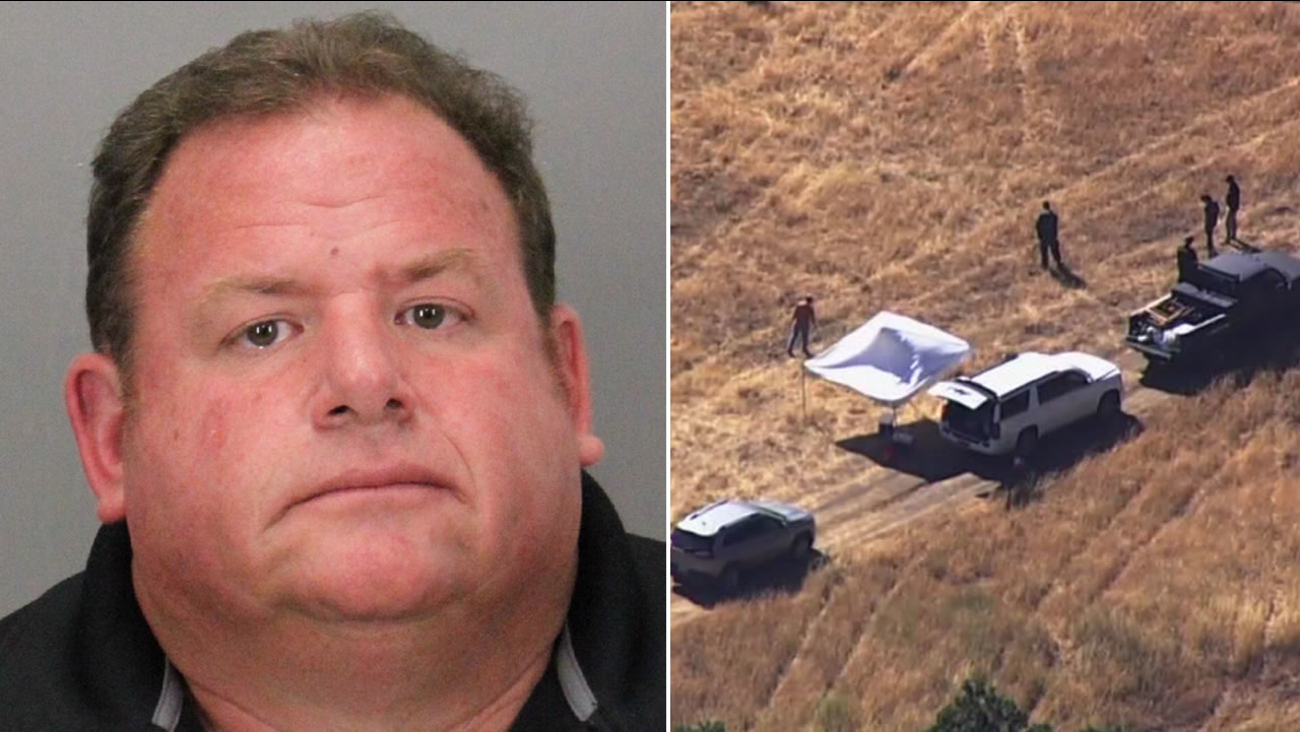 Marc Belluomini, 54, is pictured in a mugshot next to a SKY7 view of his property in unincorporated Santa Clara County, Calif. (KGO-TV)

Marc Belluomini, 54, owned 1,500 acres near the Canada de los Osos Ecological Reserve off of state Highway 152 and had entered into an agreement early this year with two cattle owners for them to use the area for grazing, according to sheriff's deputies.

RELATED: 3 men face over 1,000 counts each of sexually abusing animals

The agreement "began to break down," sheriff's officials said, and the man allegedly brandished a rifle at one of the cattle owners on May 25 when they tried to remove the animals from the property.

The cattle owner reported the incident to sheriff's officials, who said both parties agreed to a negotiated removal of the cattle.

But on June 5, the cattle owner told sheriff's deputies that several of their cows had been slaughtered and buried on the property. Deputies said they launched an investigation and later unearthed 11 cows, in addition to bullet fragments and other evidence.

Belluomini was arrested at his Fremont house on Monday and was booked into jail on suspicion of 11 counts of animal cruelty, two counts of illegal cattle driving and allegedly brandishing a firearm, sheriff's officials said.

"I am extremely proud of the exquisite work by our investigators in this unusual case," Sheriff Laurie Smith said in a statement. "I truly hope justice will be served in response to the cruel killing of these animals."