Warning: Video may be graphic
KGO 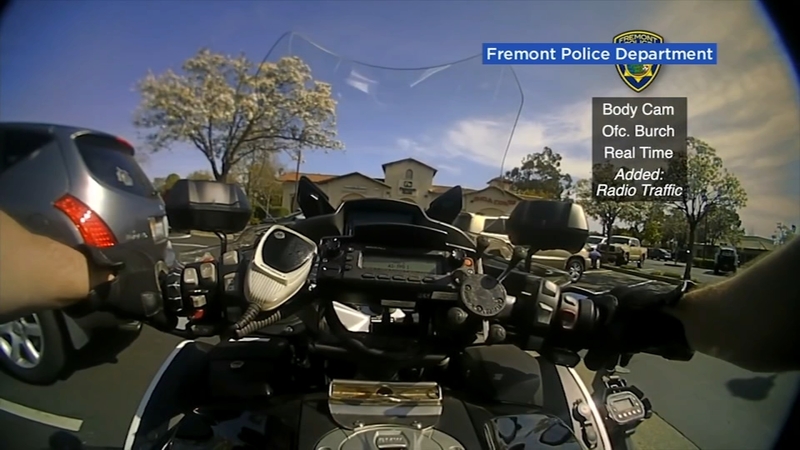 The incident occurred on Highway 84 and Ardenwood Blvd. at approximately 2:48p.m. on March 24, according to Fremont PD and the California Highway Patrol.

Police say it pursued the suspect vehicle after it was reported stolen and matched the description of a getaway vehicle in an armed robbery in San Francisco earlier that day.

March 24, 2021 Officer Involved Shooting Incident Update - In coordination with the California Highway Patrol, we are releasing body-worn camera video and additional details of our 3/24/21 OIS. The incident video can be viewed on our Transparency Portal: https://t.co/kV5vI2bOyw pic.twitter.com/wxdoo1aP54

The officer involved is Brian Burch who has been with the agency for six years. The suspect was identified as Joshua Gloria, 34, from Oakland.

The shooting is still under investigation, according to both law enforcement agencies.

Warning: Video may be graphic.